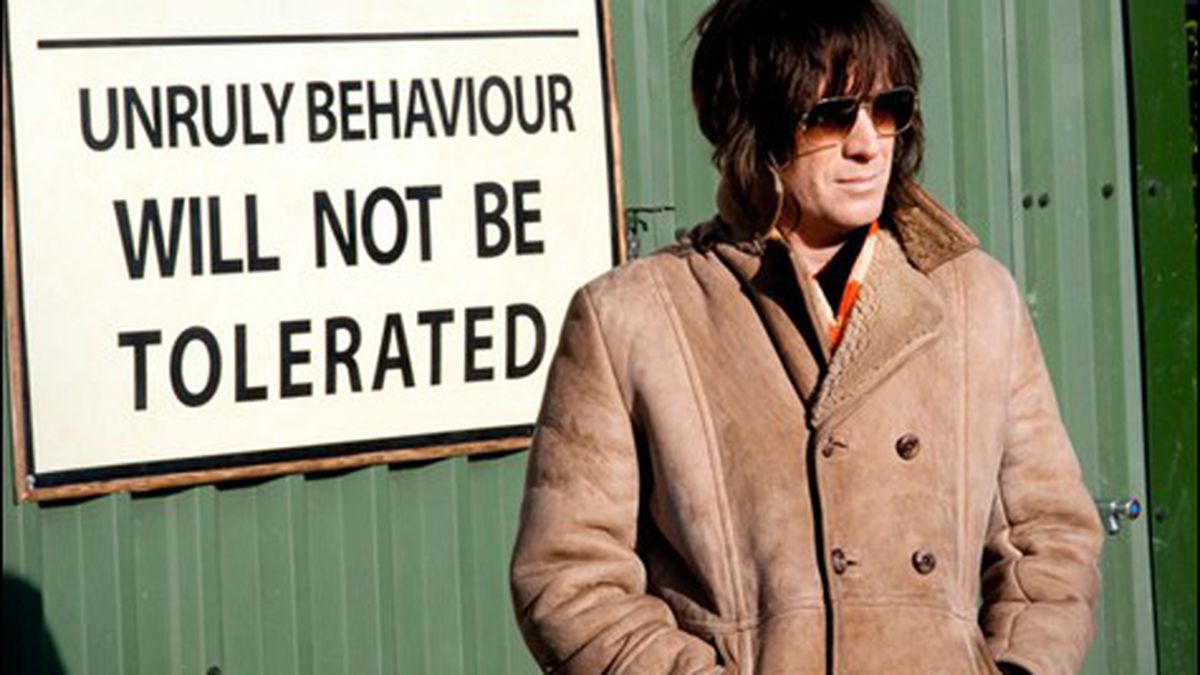 From the days when Afghanistan meant hashish.

Talk about high concept. For film fans of a certain disposition, the key words Rhys Ifans, Chloë Sevigny, David Thewlis, Crispin Glover, and drug smuggler are enough to guarantee a merry time at the movies, no matter what else figures in. The rest of us need a little more assurance, and Bernard Rose, maker of the charmingly scatterbrained time-machine soft-crime adventure Mr. Nice, is there to provide it.

Gather ’round, children, and listen to the picaresque tale of Howard Marks. Raised by his unassuming parents in the South Wales village of Kenfig Hill, young Howard parlayed a glib tongue and a predilection for math and science into a scholarship at Oxford, where he overcame his outsider status by becoming a popular provider of recreational botanicals and pharmaceuticals.

His analytical mind and network of well-connected friends came in handy soon after graduation, when he began transporting hashish from Germany to the UK, and his unexpected career blossomed from there. By the time he penned the 1996 autobiography on which the film is loosely based, Marks was one of Europe’s most notorious importers of illegal substances. He now evidently makes his living on the lecture circuit, urging an end to the “war on drugs.” Donald Nice, his favorite pseudonym, was a stolen identity.

Busy character actor Ifans, late of Notting Hill, Pirate Radio, and the Harry Potter series — and a fellow Welshman to boot — is more than believable as the basically harmless (so it is written) Howard, a pleasure-loving sort who samples his wares often and derives a thrill from eluding the authorities. Lanky, assertive Ifans majors in scoundrels, stoners, and crazy best friends, and Mr. Nice gives him lots of room to operate. Despite the roughly coincidental Seventies-Eighties time frame, Howard will never be confused with the Euro bandits of The Baader Meinhof Complex or Carlos. Instead, he’s the Wizard of Ozium: stoned amiability, Keith Richards hair, the quintessential game player who doesn’t really care if he wins or loses. He doesn’t want to blow up the government, he just wants to get loaded and pull birds. Howard may be the most likable role Ifans has ever played.

The people he meets jack up the energy level considerably. Malik, portrayed by British comic Omid Djalili, is Howard’s man in Karachi and Kabul, the big supplier. Harebrained Irish Republican Army cap’n Jim McCann (Thewlis in extremis) supposedly uses Howard’s Afghanistan/Pakistan sources to acquire explosives, but we can see he’s much more interested in the hash — also bestiality porn. Then there’s Howard’s former Oxonian classmate “Mac” McMillan (Christian MacKay, seemingly unable to stop resembling Orson Welles), now an MI6 spook, who wants to know everything his old friend does and with whom he does it. The guy Howard does it with in LA and Vegas is Ernie Combs, yet another tantalizingly nutty Glover semi-cameo.

Anchoring the breezy, often hilarious international travelogue (shot on location in Wales and Spain) is Howard’s significant other, Judy, a further appealing entry in Sevigny’s filmography. She’s never afraid to play an outlaw, and always brings to her bad girls a measure of vulnerable conviviality. All screenwriter-director-cinematographer-coeditor Rose has to do is wind up his leading man and set him loose — we’re always ready to accept Ifans as a hedonistic daredevil. But Rose truly dotes on Ms. Sevigny.

The result is an unexpectedly touching story of a married couple with four kids who get strange phone calls and have to run out in the middle of the night, but who otherwise live a life of play on the Costa de Sol. For Rose, who’s thrived with similarly hectic head cases in such films as Immortal Beloved, the Sophie Marceau Anna Karenina, and Candyman, the Howard Marks project is a big, sweet, Alice B. Toklas brownie.