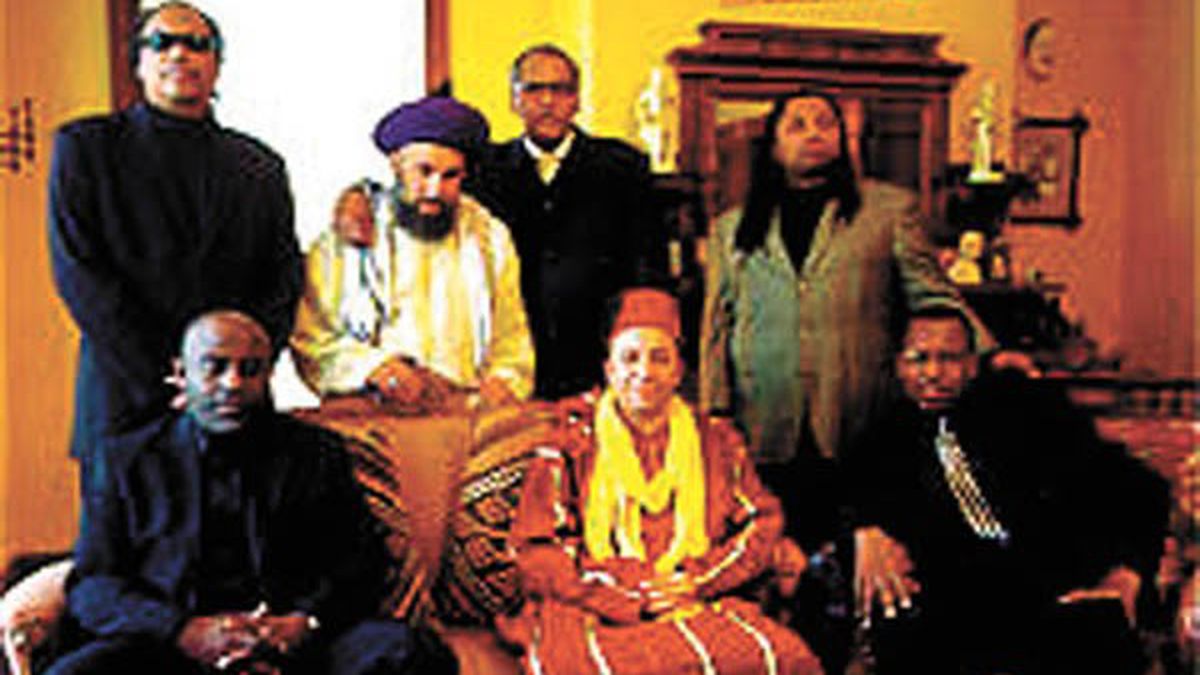 Miles Davis’ ’70s fusion sometimes comes to mind, especially when leader Shaheed solos on open or muted horn and Howell blows serpentine sheets of sound on soprano or tenor over the rhythm section’s undulating, complexly syncopated grooves. Yet trills played by the two Moroccans on lute-like ouds and the bass-clef lines picked by Chadly on gembri give the music a new international twist. Deep spiritual feelings flow through the nine tunes, even the twelve-bar “Blues for Yusef,” which borrows some of its melody from “A Love Supreme.”

Chadly and Abdelhadi sing in Moroccan much of the time. Howell takes the helm in English for his devotional “Hamideen,” crooning in a honey-toned tenor that conjures up how Marvin Gaye might have sounded fronting Abdullah Ibrahim’s band. The music is not without humor, however, as when Chadly briefly switches to English on “Sidi Jabber,” paraphrasing Stephen Foster with I come from Casablanca with a gembri on my knee. (Princeton Park Music)