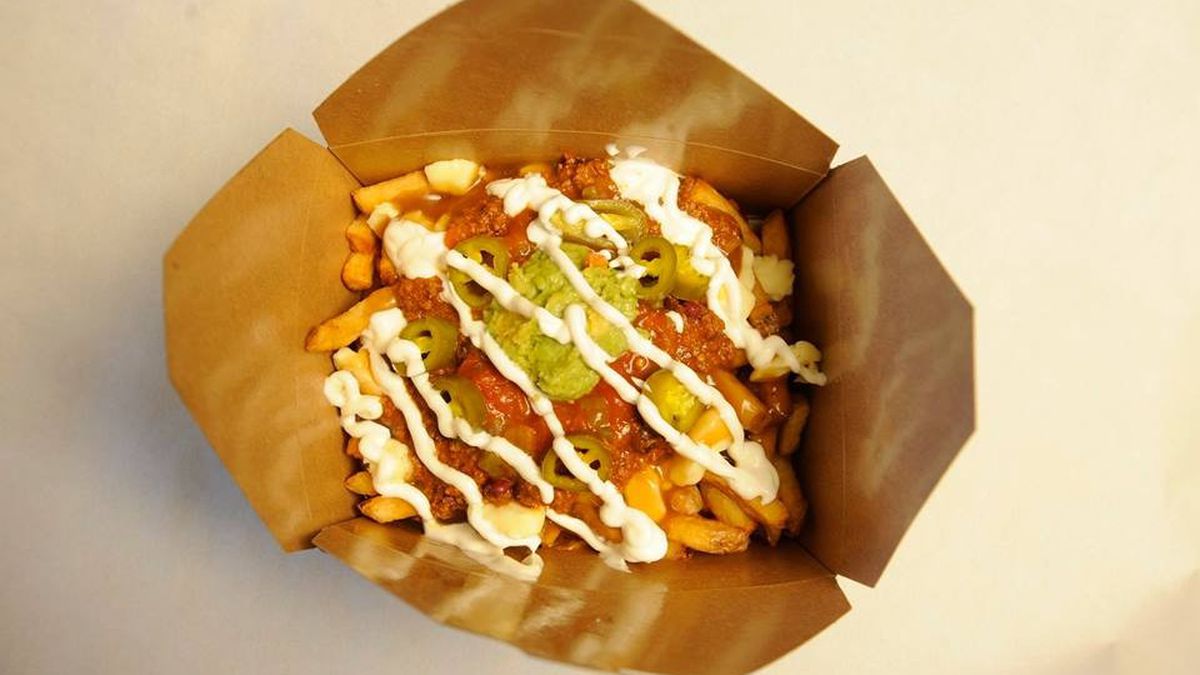 Mid-Week Menu: Poutine in Berkeley, Chow’s Plans for Piedmont Avenue, and a Michelin Star for Commis

by Luke Tsai
Oct 22, 2014
Welcome to the Mid-Week Menu, our roundup of East Bay food news.

1) As if the East Bay didn’t have enough of an abundance of artery-clogging, loaded French fry dishes, Berkeley is getting an entire restaurant dedicated to the genre: the first US location of Smoke’s Poutinerie (2518 Durant Ave.), which, as Inside Scoop reports, will kick off an aggressive Stateside expansion plan for the Toronto-based chain. Smoke’s, which, among its other claims to fame, hosts the annual World Poutine Eating Championship, serves traditional poutine (fries topped with gravy and cheese curds), but also versions topped with everything from pierogies and bacon (the Perogy Poutine) to chile and guacamole (the “Nacho Grande,” pictured above). Look for the Smoke’s Berkeley location to open in November.

[jump] 2) Looks like the cat’s finally out of the bag with respect to the specific location of Chow’s long-awaited Piedmont Avenue restaurant: A public notice outlining the comfort-food specialist’s plans has been posted outside of 3770 Piedmont Avenue, a former medical building near the West MacArthur Boulevard end of the street. Owner Tony Gulisano didn’t responded to requests for comment, but the posted plans indicate that the restaurant will likely include a small grocery and prepared foods market, which is consistent with Diablo Dish’s initial report. (H/t @CitizenCassidy.)

3) When it comes to East Bay fine-dining restaurants, Oakland’s Commis (3859 Piedmont Ave.) remains in a class of its own, at least according to the Michelin Guide inspectors who, for the fifth year in a row, gave James Syhabout’s flagship restaurant a one-star rating — the only restaurant in the East Bay to receive a star. Last week, Michelin honored fifteen (mostly) budget-friendly East Bay restaurants with its “Bib Gourmand” designation.

4) As we reported last week, Longbranch (2512 San Pablo Ave., Berkeley), the saloon/gastropub that has taken over the old Sea Salt space, softly opened last night. Inside Scoop has a few more menu details, including the revelation that Longbranch will be one of the few restaurants in its immediate vicinity where customers will be able to get a burger up until midnight.

5) Berkeleyside Nosh has the scoop on Josephine, a new East Bay startup that acts as a go-between to allow home cooks to sell meals to the general public. Currently, the company features a roster of six cooks in Oakland and Berkeley.

9) Finally, ICYMI, this week’s batch of What the Fork stories featured a new burger joint in the Grand Lake neighborhood and a roundup of vegan dishes to tempt a meat eater.