1) As previously reported, the Jack London Square-based bagelry Authentic Bagel Company (463 2nd St.) are working on a significant expansion into the space next door to their current (tiny) production facility, and owners Jason and Mark Scott have now shared additional details about their plans — namely, that the extra space will allow them to add a cafe area with indoor seating, increase their storage capacity, and broaden their menu to include things like espresso drinks and cold-pressed juices. The Scott brothers had <a href="http://eastbayexpress.com/WhatTheFork/archives/2013/09/18/mid-week-menu-syhabout-and-lamoreaux-team-up-on-the-dock-authentic-bagel-company-plans-an-expansion-and-marrow-tables-dinner-service
“>initially hoped to add a second location in downtown Oakland, but it looks like they’ve scrapped those plans for now to focus on expanding their current shop. There’s a Kickstarter campaign if you care to chip in.

2) Savor Oakland, whose food-focused tours of the Jack London Square neighborhood we’ve written about in the past, recently added a second tour — the Oakland Chinatown Food Tasting and Cultural Walking Tour: a three-hour guided exploration of the wide-ranging tastes (Vietnamese and Cambodian, as well as Chinese) of Oakland’s historic Chinatown. The $59 walking tour will take place each Saturday, from 10 a.m. to 1 p.m.; you can reserve tickets here.

3) For those looking to get a jump on Valentine’s Day, North Berkeley’s Gourmet Ghetto neighborhood is hosting its first annual Gourmet Ghetto Valentine’s Wine Walk today, Wednesday, February 12, from 4 p.m. to 8 p.m. Participating businesses along Vine Street and the the northern stretch of Shattuck Avenue (from Hearst to Rose) will be offering tastings of small-production wines and craft beers, plus various food samples and special discounts — e.g., two-for-one gelato at Lush Gelato, free soup at Le Petit Cochon Cafe, and salumi and chocolate samples at the Andronico’s. Check the event page for a full list of participating shops and wineries. Tickets are $25 and can be purchased at a booth on the corner of Vine and Shattuck.

4) Berkeleyside reports that OctoberFeast Bakery (1954 University Ave., Berkeley), purveyor of pretzel croissants and traditional German breads, has closed. No word yet on whether the bakery will still have its stand at the various Berkeley farmers’ markets — we’ve reached out to owner Dieter Heise and will post an update if we hear back. 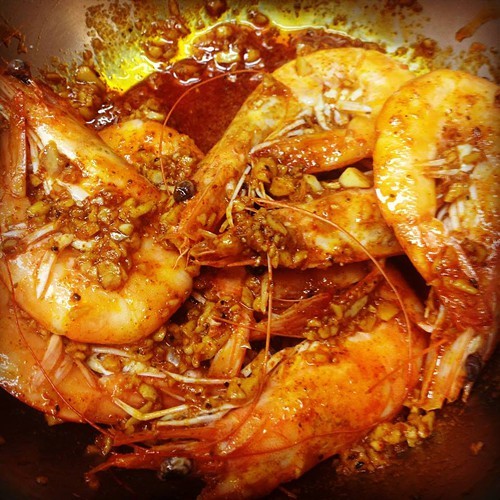 5) A new Asian Cajun spot in Albany called 938 Crawfish (938 San Pablo Ave.) had its grand opening this past weekend. It doesn’t appear that a menu has been posted online yet, but a look at the pictures posted on the restaurant’s Facebook page reveals the typical array of boiled seafood options (crawfish, Dungeness crab, and head-on shrimp), grilled oysters, and a full bar.

6) Over at SFoodie, Molly Gore takes a first look at Grand Fare (3265 Grand Ave., Oakland), which opened last week in its initial phase as a cafe, serving coffee from Linea Caffe and pastries from Berkeley’s Fournée Bakery. A few weeks ago, What the Fork previewed restaurateur Doug Washington’s ambitious plans for the space, which will eventually be turned into a hybrid food market.

7) Good Eggs (the online marketplace for local food artisans) and the retail shops of Old Oakland and Popuphood are hosting a Valentine’s Day-themed pop-up today, February 12, from 4-7 p.m., in the Ninth Street Alley (between Washington and Broadway). There will be flowers and fancy chocolates aplenty. On a related note, here’s a nice roundup of Valentine’s Day dinner options in Oakland courtesy of East Bay Dish. 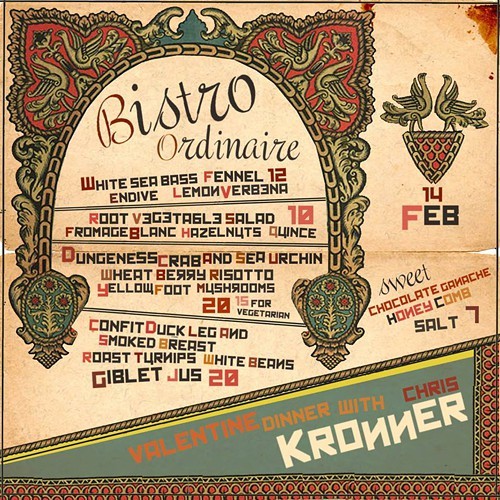 8) The Umami Mart blog recently gave a plug for Ordinaire (3354 Grand Ave.), a new bottle shop and wine bar located just down the street from Grand Fare in Oakland’s Grand Lake neighborhood. Of particular note: The shop has been hosting “Bistro Ordinaire” a la carte pop-up dinners on Thursday and Friday nights, and for the next few months KronnerBurger’s Chris Kronner will be the guest chef, showing off some of his non-burger repertoire. For instance, this Friday, for Valentine’s Day, he’ll be cooking up dishes like a Dungeness crab and sea urchin risotto, and confit duck leg and smoked duck breast. Lots of interesting wine will be on offer, natch. Check the Ordinaire website for weekly menu updates.

9) Umami Mart is also the co-sponsor — along with The Trappist — of Japan Beer Fest, one of the most intriguing East Bay events for this year’s SF Beer Week. On Saturday, February 15, from 12 to 6 p.m. (or until they run out of supplies), head over to The Trappist (460 8th St., Oakland) to taste ten different Japanese microbrews, plus a special “Pastramen” (pastrami ramen) that’s being created especially for the event.

10) Finally, ICYMI, What the Fork did a roundup of other SF Beer Week options in the East Bay, and I took a closer look at the “live roasting” option at the new Berkeley coffee shop Artis.