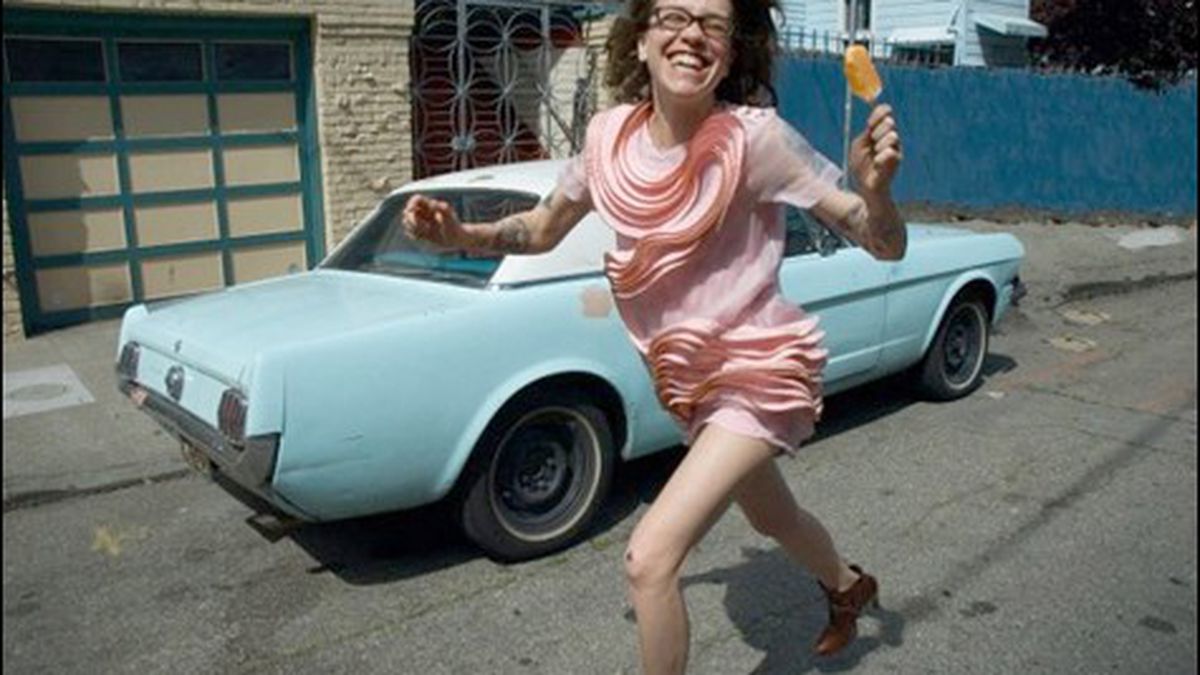 Michelle Tea Adds a Dash of Salt to Her Fairy Tale

Mermaid in Chelsea Creek imbues the author's grimy hometown — and her teenage protagonist — with magical possibilities.

Thirteen-year-old Sophie Swankowski can’t seem to satisfy her craving for salt. She unscrews the caps on salt shakers and dumps mounds of the tiny crystals into her mouth, fiendishly adds it to her cereal, and in one desperate moment goes so far as to dunk her head into the grime and detritus of her industrial town’s sludgy creek, just to suck up its floating salt particles.

“I’m kind of obsessed with salt; I have low blood pressure,” said Michelle Tea, author of the new young adult fantasy tale Mermaid in Chelsea Creek, of which Sophie is the protagonist. “But salt is also used in purification rituals all the time in various pagan traditions, and salt water is really healing. There’s all this sort of folk-magic stuff to it. There’s something great in that it’s so common, yet magical. I’m really sort of drawn to finding the magic in common things.”

Which is probably a fair summation of Mermaid in Chelsea Creek in general. Sophie is, on the surface, a normal teenage girl going through all the agonizingly awkward transitions of her age. But, she’s also becoming heir to various kinds of magical powers, including the ability to talk to mermaids and pigeons and inhabit the feelings and uncover the hidden pasts of other people. Without revealing too much, a lot of this has to do with salt.

Mermaid in Chelsea Creek is somewhat new territory for the San Francisco writer, who is most famous for her gritty, in-your-face memoirs that weave together her upbringing in the industrial area of Chelsea, Massachusetts; her drug use; queer culture; and class. But despite being written in third person as a fairy tale for young adults, Mermaid in Chelsea Creek contains much of the same mystical lyricism, humor, and sense of possibility contained within the bleak worlds of Tea’s autobiographical works. And, as she does in many of her memoirs, Tea makes her hometown a central part of the story (the titular creek of Mermaid runs through the actual town). “Overlaying the sort of magic onto Chelsea gave the city a lot of secret possibility,” said Tea. “It’s certainly something that exists in the people, especially young people, that live in those places. Writing about Chelsea through the lens of this sort of fantastical world was a new way to tackle a place I’m increasingly obsessed with.”

The end product is a story that will be equally delightful to Tea fans eager for her next wry tale, the uninitiated looking for a fantastical escape, and the young adults for which Sophie can serve as a guiding light. And, if the ending leaves you hanging, don’t fear: Mermaid in Chelsea Creek is just the first in a full-blown mermaid trilogy. Join Tea this Tuesday, June 18, at Moe’s Books (2476 Telegraph Ave., Berkeley) as she reads from the book. 7:30 p.m., free. 510-849-2087 or MoesBooks.com