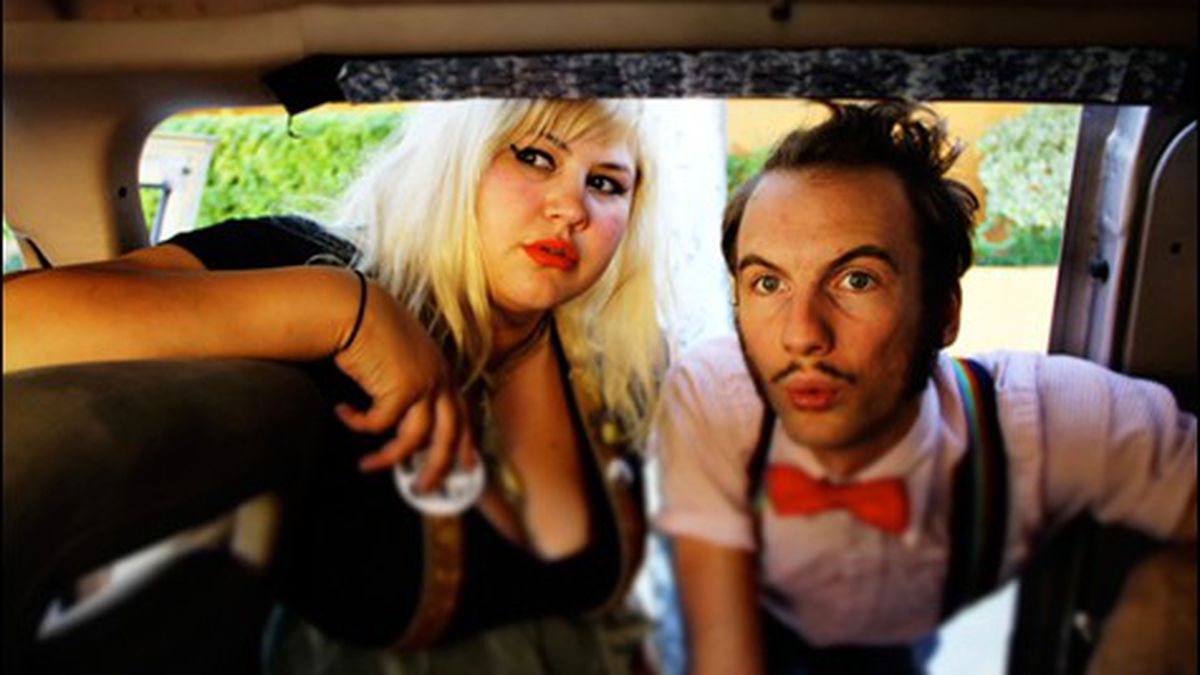 With a new album on Hardly Art and facing a major lineup change, Shannon and the Clams works to stay its weird self.

Shannon and the Clams is not the kind of band that wears all black. Nor is it the type to have a photographer, stylist, and “concept guy” leading the charge for its publicity. Nor does it strive to look moody or sullen. So when the Oakland garage rock trio found itself being generically posed at a photo shoot for a glossy magazine earlier this month, the experience reaffirmed for the band’s vocalist, bassist, and co-founder Shannon Shaw that she’s determined to stay true to her weird ethos, whether or not that fits the mold of fame.

“I never want to do that again,” said Shaw, sitting under a brown fuzzy blanket on a couch in her Oakland living room. “Oh my god, I don’t want to be a part of that world.”

After five years as a well-loved local band, Shannon and the Clams is gaining attention for its third album, Dreams in the Rat House, which was released on May 21 on Hardly Art. The album — an assortment of pop ballads and punk ditties — delves into Shaw’s personal experiences over the last two years and includes songs about her dad, her dog, touring, and even her dreams (hence the title). Dreams in the Rat House is the band’s first album on a high-profile indie label and the last with its original drummer, Ian Amberson.

Guitarist and co-songwriter Cody Blanchard said it’s a lot of change at once for the band: “It’s a turning point — can’t deny that,” he said. “It’s our first record with a label that has a staff with more than one person and PR people.”

Amberson’s split with the band is amicable — he’s leaving to pursue projects outside of music — but at the time of this interview, the band was still scrambling to find a replacement to take on a three-month international tour, its largest outing to date.

The Shaw-Blanchard-Amberson lineup had been together since the band’s beginning. Shaw began playing open mics while she was an undergrad at California College of the Arts. She was soon invited to play a house party and quickly found a backing band, which included Amberson. After a few rehearsals at Amberson’s house, his roommate Blanchard joined in, and Shannon and the Clams was born. Along with fellow local weirdos and fun punks like Nobunny and Hunx and His Punx (Shaw plays bass with the latter), the band became a staple of the house-party scene, releasing its debut album, I Wanna Go Home, in 2009, and Sleep Talk in 2011, both on local label 1-2-3-4 Go! Records.

Dreams in the Rat House has much of the same chimerical blend of light doo-wop fuzziness, surf rock, and aggressive punk that the band has always played. Its two singles, “Rip Van Winkle” and “Into a Dream,” as well as “Ozma” and “Hey Willy,” have enough mass pop appeal to land the band more magazine spreads, but there are also a few wailing jams, too, for instance “Bed Rock” and “Rat House.”

Even with its new label, Shannon and the Clams hasn’t changed its aesthetic — a weird mishmash of silly and bizarre influences. During our interview, Shaw verbally made a mental note for a piece of art she wanted to create inspired by the “spider party” she believed her cat Tyra was having behind her TV, and Blanchard at one point referred to Taco Bell hot sauce packets as “hors d’oeuvres.” Shaw said the switch to Hardly Art shouldn’t be mistaken for any attempt to hit it big: “They’ve been asking us to do a record for a couple of years, and I know the people who run it personally. I had worked with them before with Hunx and His Punx,” she said. “We love 1-2-3-4 Go!, but we wanted to try something different.”

Between the new record and Amberson’s departure, things are different. Still, Shaw said she’s content with the band’s current status, which includes remaining firmly planted in Oakland. “I don’t really feel the need to like get giant; I don’t see that in my future or necessarily want it,” she said. “I don’t want to be on MTV or [in] Rolling Stone.”

At the band’s headlining show at The Stork Club in April, Shaw humbly remarked that the venue was more crowded than she’d ever seen it for one of its shows. “That’s the first bar that ever let us play a show,” she explained. Even on the heels of the band’s major summer tour, for Shaw, a packed Oakland show is the best it gets. “I just want to keep making music I really care about and feel is genuine,” she said. “I’d love to continue sharing it with people who get something out of it.”