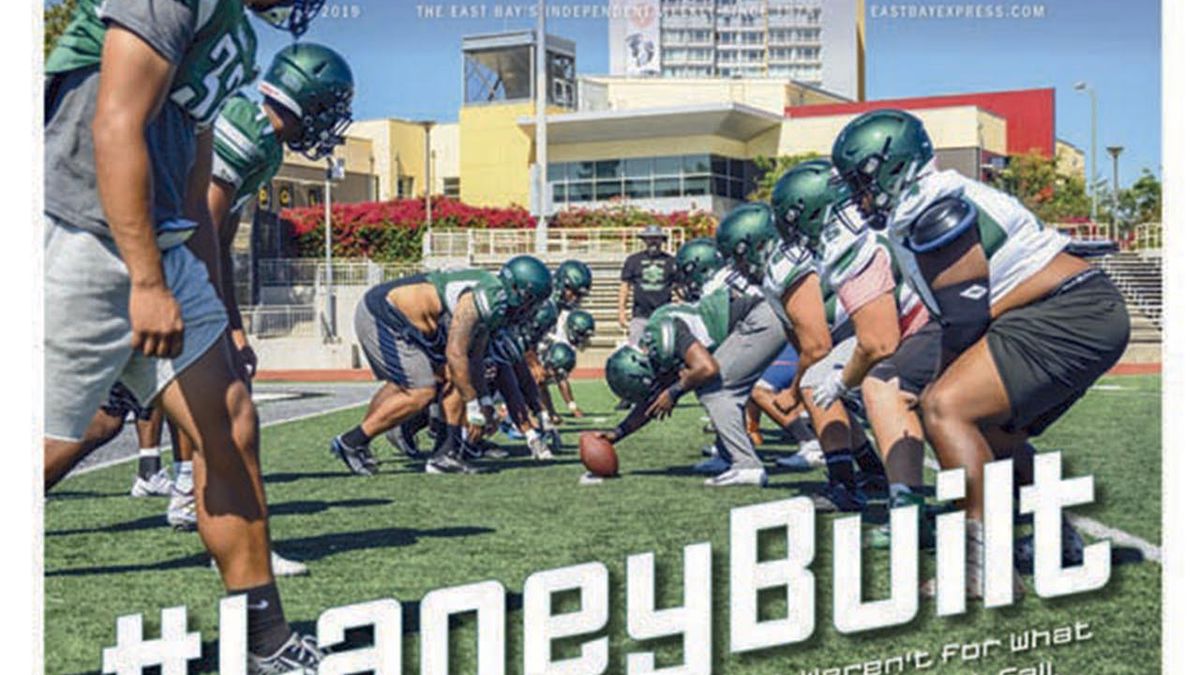 They All Must Be Very Congested

Six thousand plants and none of the adjacent tenants nor the building manager smelled them day after day? Ha. We had a neighbor who grew 300 plants in his fairly well sealed garage, harvesting in the wee hours and selling into a wholesale network. You couldn’t miss it, and after awhile you couldn’t mistake it for occasional or frequent use. OPD, County Sheriffs, and ATF showed up with rifles drawn one day, seized his plants and his rifle.

That Barbell Was a Prop

Funny. That was posed. Nobody curls 40 pounds to build muscle, particularly not a guy that buff. He’d be throwing 80-120 or more.

The genre of jazz songs is revived by The Lost American Jazzbook. It’s about time!

While I support some tenant protections and due process, I also think that taking away a property owners basic civil rights to own and operate an apartment complex (within the law) will result in the exact scenario outlined in the above comment. Landlords will simply walk away from creating any new units

In Alameda the “do-gooders” have done it again. While claiming to help the little guy, they end up hurting all little guys. Why? Because their overly vexatious eviction rules will discourage future construction of new housing, or the improvement of old housing. A normal landlord or investor would run away from purchasing or building in an area with vexatious rental laws. The “do-gooders” will develop a fixed class of renters with a low rent apartment, and who plan to stay there forever. As a result, those units are effectively taken off of the housing market forever. Fewer units available leads to an increase in the rent of the few units available to new tenants. This is basic Economics 1, but the “do-gooders” claim to be intelligent and educated, when they are not in reality. Then, when the “do-gooders” cause the number of available units to decrease, they call for the construction of public housing. When the public housing becomes crime ridden and infested, they call for some other form of government interference. Their desire for more government leads to expensive, difficult bureaucracy that raises everyone’s cost in the long run. When will they ever learn?

Prohibition is what is allowing this and nothing else! Bathtub gin was dangerous also!

If Oakland Promise was NOT a non-profit over the last four years, did it have a tax status that would have made contributions to it NOT tax deductible? Will donors to Oakland Promise have to revise their tax returns?

Sadly, this thinking represents the worst that Oakland has come up with. Not because it’s a bad idea. Because Oakland is stone broke, deeply in debt, can’t even pay off the old Police and Fireman Pension fund, and going deeper in debt every day. The only way the Promise is going to be paid is by further taxes, which hurt business and property owners.

What Are They Thinking?

Thank you Jean Tepperman for once again exposing a public action going in the exact opposite direction to saving civilization as we know it from the Climate Crisis.