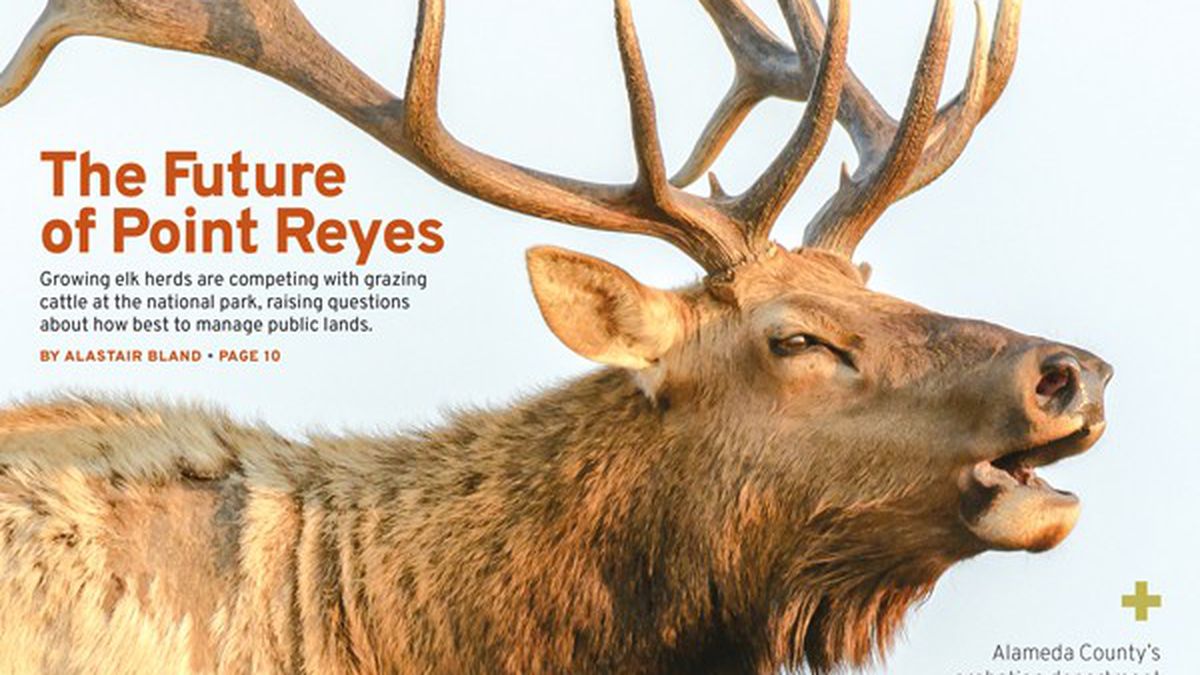 This Is a Fight

Pt. Reyes peninsula is a unique landscape and deserves to be understood, preserved, and interpreted to the public. We cannot understand the importance of Pt. Reyes without it being explained. It is a piece of land that has slid up from its original location somewhere south of Baja in the long ago geologic past. The rocks, soils, trees, flowers, bushes, and animals tell an amazing and particular story. And the park is home to species that cannot be found anywhere else in California. There are few wild places left, and there is not consensus that they are important to our culture.

This is a fight. An important point in the political posturing of ranchers: While many are environmentally minded, the tone that they are being run-off needs to be challenged. They were paid. And those who remain have been subsidized. The problem of food production in our country is vast, and needs to be understood and addressed. But it does not come down to preserve the park versus support the ranchers. That is a narrow polemic, and way off point.

While we welcome Darwin BondGraham’s look at the unintended consequences of Oakland’s equity marijuana program, it’s important that we correct his mischaracterization of GummiCares, the Oakland edible manufacturer. We are by no means a “large manufacturer.” Quite the contrary.

We are, in fact, among the many small cannabis businesses in the city that are struggling to decipher the layers upon layers of rules and requirements under the city’s equity program, which, while well-intended, were clearly not properly thought out. Bringing on our equity partner has meant paying tens of thousands of dollars in renovation costs. Carving out space in our already cramped office means that we no longer have room to expand, even if we are somehow able to survive after paying the heavy fees and taxes now imposed by the city and state.

While any new program of this magnitude is bound to experience growing pains, what we and other small cannabis businesses are now going through borders on the ridiculous. The city needs to go back to the drawing board and revise its equity rules so that they protect legacy businesses like ours, not punish them.

Even if we take David Downs’ word for it that “no one got hurt” at a “rule-free” event, only a small ratio of people will have acute reactions to smoke. That group matters, of course, but my point would be that the larger cardiovascular and/or carcinogenic health toll can’t be assessed by just looking around at such an event. Most of us are thrilled that Prop 64 tried to take our health seriously. Most of us miss being able to safely sit at a bus stop.


“The Raiders and 49ers Double Down on Hypocrisy,” The Oakland Zone, Online Only, 5/2

Colin Kaepernick is an ethical man speaking out against a massive, terrible crime. The heck with these sports team owners and their racist, rapey ways.

Great review! Fun fact: Although the restaurant has an Americanized breakfast menu, masala dosa itself is actually a very common and traditional South Indian breakfast meal. I had them quite often in the morning when I was in India earlier this year. Yummy!

Our May 2 Arts Feature, “The Richness of Folk Art,” erroneously indicated that the mural painted next to La Clinica de La Raza was originally painted in 1977 solely by Raymundo Nevel, when in fact, his daughter Xochitl Guerrero was also one of the artists who was commissioned to paint it.

Facebook
Twitter
Linkedin
Previous articleSecond ‘Tuff Shed’ Homeless Camp Opens in Oakland, but Some Criticize Closure of the Surrounding Encampment
Next articleWednesday’s Briefing: There Are Wolves in Northern California; Richmond Police Capt. Gets His Job Back