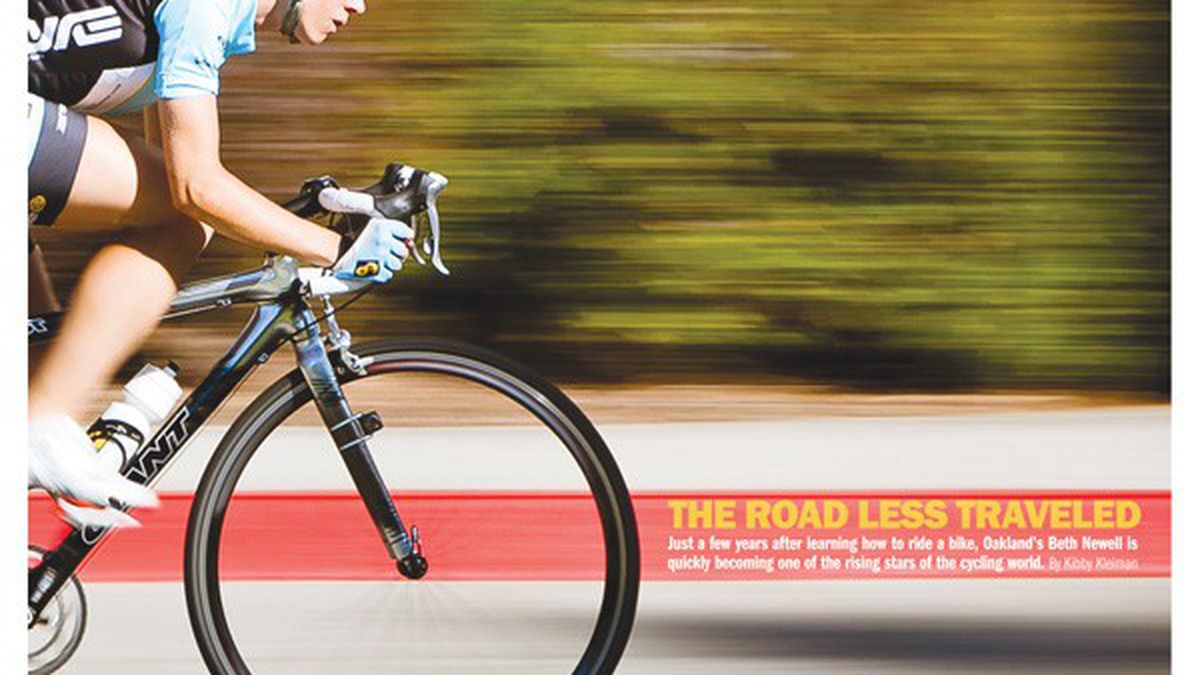 Letters for the Week of September 7

Could the reporter determine the population in the primary trade area of each store and try to draw a conclusion as to whether these are feasible projects? Some basic research would show that that each store has more than adequate population support in these completely built-up neighborhoods.

The Food Marketing Institute states the median supermarket in the United States is 46,000 square feet, so these stores are about 10 percent larger than average. The Urban Land Institute identifies a population of 10,000-30,000 to support a grocery store. There are more than 30,000 people in ZIP codes 94705 (Claremont/Elmwood) and 94704 (South Campus) to the north of the store, and 94618 (Rockridge) has 15,000. Safeway also serves a dense population along the Alcatraz corridor all the way down to San Pablo. The primary trade area is a dense, built-out neighborhood. Some argue, incorrectly, that there’s retail leakage from the College Safeway because it carries fewer items. Even the casual observer would note that the store is way too crowded. It’s difficult to maneuver a cart around, and produce is often out of stock. The demographics demonstrate that there is adequate population to support the proposed store (and other independent food vendors) at this location. The crowded conditions at the existing store confirm the high level of demand.

It’s a nice-looking store, indeed. I recognize many of the employees from my former store. There’s been a party-like atmosphere and a lot of excitement. However, not much has changed. I still see the same merchandise, only more of it. There are steroid-sized packages of goods — hmmm, could they be trying to compete with Costco? The organic produce looks like the usual dried-out, four-week-old stock, as if it was moved directly from the old stores. In short, my take on the new superstores is: new building outside, same crap inside.

What’s Good for the Neighborhood?

Those complaining that the Rockridge Community Planning Council or Stuart Flashman do not have a better “handle” on Safeway’s business than Safeway are missing the point. We do not, and should not, slavishly accept what Safeway says just because they know their own business better than we do. The limited data made available by Safeway raises serious questions. Telling us that we should not worry our little minds about such things is not an answer. What’s good for Safeway is not necessarily good for Rockridge (or Oakland).

Likewise, the invisible-hand argument does not apply here, because the effects on the neighborhood are costs that are not borne by Safeway. That’s why we have zoning and design review — our elected representatives are supposed to consider the larger dimensions of such changes.

The Sugary Heart of the Matter

Well, politics aside, I would love to see a proper bakery there and a butchery that (hopefully) would offer free-range chicken and eggs at a more affordable price than across the street! I have searched for ages for a certain pastry that seems to be quite common in London, New York, and middle America but very difficult to find here. The two places I finally found them were insanely pricey, but I did find them at —of all places — Emeryville Safeway, and they are of superior quality and much bigger than the ones at the other two places (one being Whole Paycheck, of course).

If I operate a coffee shop and I decide to turn off the wireless service I provide as a free convenience to customers, am I violating free speech or FCC rules? Of course not! BART’s decision to turn off its wireless transmitters in its own areas was no more illegal or a breach of free speech than a coffee shop owner turning off its wireless system — and most logical people know it. And to try and conjure up a claim that not turning off the wireless during the last two assaults by criminal thugs posing as protesters was a “confession” by BART of its wrongdoing is simply absurd — as is the headline of this article.

A Privilege, Not a Right

“But killing cellular service is another matter. It raises numerous First Amendment issues, not to mention state and federal laws governing phone systems.”

Where in the Constitution does it say we have that right? BART provides the cell service as a courtesy, not a right. We all know from 9/11 that you can successfully make cell phone calls on planes, but it is against FAA rules to do so.

What is ridiculous is these protesters, who ruin the lives of the everyday people for whom they are supposedly protesting. I heard a story about a woman who was an hour late picking up her three children from daycare, which cost her $180! Are the protesters going to pick up this tab?

“The urge to save humanity is almost always a false-face for the urge to rule it.” — H. L. Mencken

As with torture, prohibition is a grievous crime against humanity. If you support it — or even simply tolerate it by looking the other way while others commit it — you are an accessory to a very serious moral transgression against humanity.The United States re-legalized certain drug use in 1933. The drug was alcohol, and the 21st Amendment re-legalized its production, distribution, and sale. Both alcohol consumption and violent crime dropped immediately as a result, and, very soon after, the American economy climbed out of that same prohibition-engendered abyss into which it had previously been pushed. As Winston Churchill said, you can always count on Americans to do the right thing, after they’ve tried everything else.

Whenever a drug lord launders money in order to hide the profit of marijuana, he or she has to lower their fees to their clients of their cover-up operation — think barbers, hair salons, auto mechanics, bars, restaurants, the list goes on and on — while reporting higher sales to the government. This makes the legitimate competitor across the street lose his clients to the money-laundering business. But what the drug lord did not think about is that when the legitimate competitors go out of business, the salaries that the jobless employees lose were made by hard work, while the salaries that the money launderer made were artificially inflated by the demand of the drug. Some of these newly unemployed people were clients of the drug lord, so he or she has inadvertently diminished his or her customer base. Therefore, the drug lord must now take over other drug dealers, and this is where the crime comes into place. Apart from that, the newly unemployed now have to take welfare, and that is bad for the taxpayer. Before long, the drug lord will have to expand to a new city in order to sustain his or her lifestyle.

In other words, there is an economic time limit to what prohibition can accomplish. It is possible that one of the main reasons for the stock market crash of 1929 was the prohibition of alcohol back in 1920. It is also possible that the horrible economy we face today might be in part because of this money-laundering economic disaster.

I don’t see the need for a second initiative besides the “regulate like wine” one. What’s the difference? Just to confuse people?

If they repeal cannabis prohibition, that means it will be legal, up to 300 grams and 100 square feet of garden. In the Netherlands, it is neither legal to possess — let alone grow — cannabis, and the amount of 300 grams is more than you’ll likely find in many coffee shops. Heck, reading about the latest rash of intolerance in the Netherlands towards coffee shops, it seems like the Netherlands will be flocking to California, rather than the other way around.

This letter is in objection to a photograph that prominently pictures a display of one of our incense brands — Encens d’Auroville. The author of the article, Jessica Carew Kraft, never mentions our brands or our company, Maroma USA, by name, but by the inclusion of a picture of our product, readers are left to conclude that it must be one of those Asian incense that she describes as being full of toxic ingredients.

Granted, there is a lot of inexpensive junk incense in the marketplace with questionable ingredients that should not be sold in natural product stores. Maroma Incense is not one of these products. We make a wide range of natural home fragrance items and take great pride in the purity and quality of the ingredients used. Internationally, this is one of our best selling lines and the packaging copy is repeated in five different languages with a leaflet inside each package carrying more information.

All Maroma stick incense is made from a paste of ground wood and wood charcoal bound together with a natural botanical resin hand rolled onto a bamboo stick. This incense contains no toxic ingredients. All Maroma fragrances strictly conform to International Fragrances Association guidelines and practice codes. This is traditional incense and the powdered charcoal is used to ensure better burning while releasing more essential oil fragrance. The Encens d’Auroville line has 32 fragrances and all are blended with essential oils. Fourteen of these fragrances use only 100 percent natural essential fragrances, and the others are mainly composed of natural ingredients, combined with a small perfume content. By most standards, this incense would be considered a natural product.

Historically, incense has been associated with religious and spiritual practices, and in many societies and communities it continues to be. In modern times, however, it more often is simply used as an air freshener, or to create a pleasant aromatic backdrop to relieve stress or create a specific mood. For many people, the natural fragrance of lavender, lemongrass, or sandalwood is just an easy way to lighten the pressure of a busy day or an uplifting way to greet a new one.

Lastly, this article gives Juniper Ridge, a local East Bay incense company, some sort of dispensation against all the unsupported claims Ms. Kraft was making about incense use.

We re-iterate here that the use of the photograph of our product is an attempt to create a prejudice against our product, and we strongly object to this.

I just wanted to send you a note regarding John Geluardi and his excellent research and coverage of the Michael Gressett case.  It’s a very complicated story with inside politics and twists and turns and I’m very impressed at how well he has been able to present the details of the case to readers in a way that is clear and concise.  Keep up the good work.

Our August 31 music story, “Wouldn’t Take a Miracle,” contained misinformation as to when Man/Miracle bandmembers Dylan Travis and Tyler Corelitz met. It was as children growing up in San Luis Obispo, not in college.