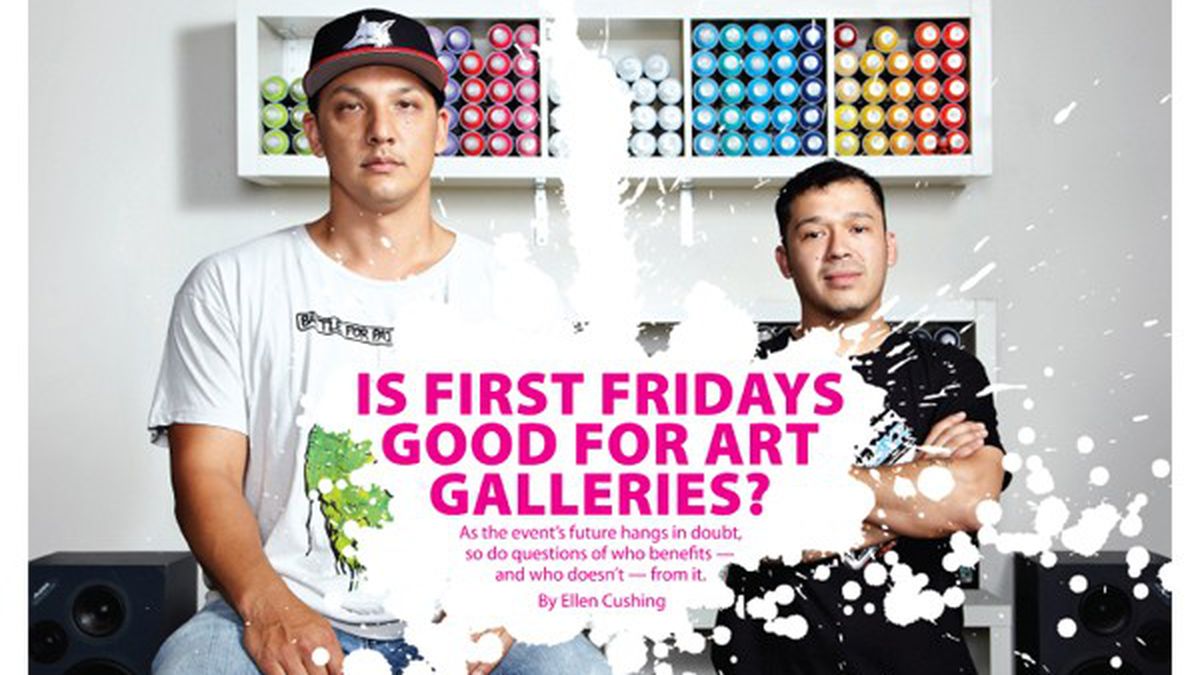 Letters for the Week of July 17

The people who make these decisions for Oakland — ultimately, the city council — couldn’t successfully run a 7-11. See the Coliseum/Raiders deal. I have no brief for Goldman Sachs, but the incompetence and ignorance of Oakland’s political leaders made them pluckable!

The Problem with Prop 8

There may be a situation in which the Prop 8 standing ruling may prove problematic, but it wouldn’t be on a Prop 215 situation. That’s because if Prop 215 was declared unconstitutional, there would be individualized harm to individuals. People who use medical marijuana would be harmed as they risked jail and people who wanted to establish facilities would be harmed as they risked having their property taken away. When there is harm, there is standing. The problem with Prop 8 is that nobody was actually harmed by it being declared unconstitutional.

First Fridays and the Art Murmur are the best thing that has happened to Oakland. They are what has put Oakland on the positive map globally. We can’t lose the energy that has taken years to create. So easy to lose, so hard to maintain.

Yet another frightening example of the privatization of public resources. If university researchers are using public funding at a public university to conduct their studies, then the results of their work should be in the public domain. It’s insane to turn over control of the results of this research to a group of businesspeople who have conflicts of interest. Even more insane: to shelter them behind a private nonprofit beyond the reach of good government laws. Even if it could be proven that this is more profitable for the university (which apparently is in question), the growing use of public resources to fatten the wallets of entrepreneurs who know how to game the system is a betrayal of the public trust. The role of the regents is to protect the best interests of the University of California system, not to privatize profit and hope that it will trickle down to the university.

Thank you for a very informative article. In the fall of 2012, UC clear-cut hundreds of eucalyptus trees in an area known as the tritum grove, in Strawberry canyon, just below the Lawrence Hall of Science, in a major landslide area. No vegetation was left to hold the hillside intact, when the next rainy season arrives.

The below photograph reflects Tom Klatt’s and UC’s preferred vision for Strawberry canyon. Take a trip down Centennial Drive from LHS and look over the railing into the devastated wasteland left behind by UC’s clear-cutting.

No federal FEMA funds should support this wasteland vision!

I often read your columns, sometimes agreeing and sometimes not. This one is flawed beyond repair. In your first paragraph you state, “Drakes Bay Oyster Company has marketed itself as an environmentally sustainable business … the bubble burst on the oyster farm’s image when the Express revealed that the company had teamed up with a group that has close ties to the ultra-conservative Koch Brothers.”

Neither in your introductory paragraph nor in the rest of your article do you provide any theory, argument or proof why an organization of any particular leaning has an impact on the quality of the oyster company’s success as an environmentally sustainable business. It appears that your intent was to simply list a whole bunch of conservative groups and thereby conclude that their politics make Drakes Bay not environmentally sustainable.

I’m not a journalist but have spent some long hours and years in the world of environmental law. We uniformly made sure we had a sustainable argument. You don’t, and give me no reason to think that Drakes Bay is anything other than a sustainable business.

Our June 12 and June 19 cover stories, “Tunnel Vision: Part One Delta in Peril” and “Tunnel Vision: Part Two Rivers in Peril,” misstated the length of Governor Jerry Brown’s proposed water tunnels. They are currently proposed to be 35 miles long — not 39 miles. The length we reported came from an earlier proposal of the water tunnels that has since been changed by the Brown administration.

Our July 10 cover story, “Balancing the Scales of Justice,” should have stated that each lawyer in the Alameda County Public Defender’s Office assigned to felony cases carries an average of 273 of them per year (not at a time), while attorneys responsible for misdemeanors oversee 353 cases on average annually (not at a time).

The Express won two awards in the annual Association of Alternative Newsmedia contest. Contributor Rachel Swan won a first-place award in the arts feature category for her cover story, “The Shrinking Stage,” which detailed how Bay Area theater companies were forced to book one-person shows to save money during the recesssion. And co-editor Kathleen Richards won a third-place award in the long-form news category for her cover story, “How Much Garbage Does It Take to Treat a Patient?” Her report shed light on the fact that the medical industry has been slow to recycle.