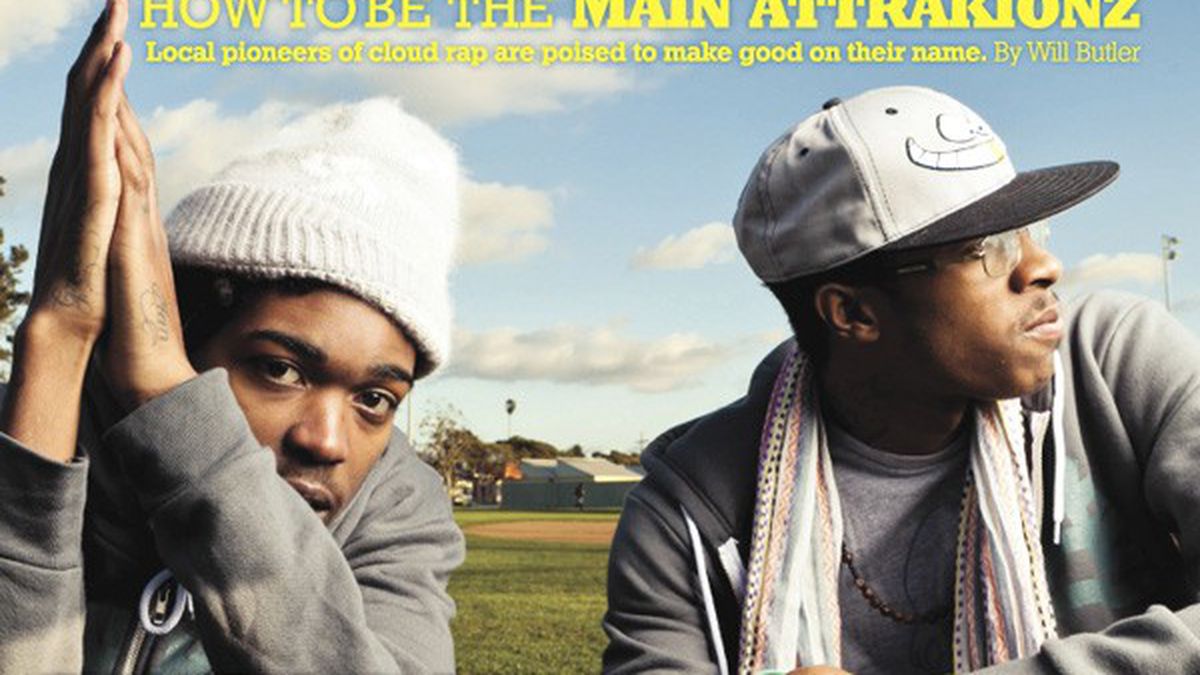 Letters for the Week of January 4

OPD Out of Control

I don’t know if federal oversight of OPD will improve things or not, but the department is clearly out of control and has been for a very long time. Drastic changes are in order.

I am a lifelong resident of Oakland. I have never broken the law or acted in such a way that can be deemed as criminal, yet I have never felt protected or served when the OPD is near — in fact, I see the police as criminals with badges.

Reform now, and get rid of the culture that breeds groups like the Riders.

Not Much Has Changed at Monterey

I’ve been shopping at Monterey Market for several years. I see zero evidence so far to back up the claims of the California-Hopkins Affiliation of Residents and Merchants (CHARM). As far as I can tell, there have been only very, very minor changes to the product lines at Monterey Market. They’ve always carried some of the same stuff as the smaller stores. When Monterey Market changed ownership, there were howls of protest that the market was doomed. As far as I can tell, those predictions haven’t yet come to pass.

I’ve been shopping at Monterey Market since the 1990s and I’m also a member of the neighborhood group that misses the community-spirited ethos of Bill and Judy Fujimoto.

Under the new owners, the market seems to be moving from a beacon enterprise specializing in quality produce to an all-purpose “lifestyle” shopping site, à la Safeway.

True, the market has stocked cheese and tea in the past, but the situation changed when the new owners reportedly started dropping by the small neighboring shops to see what specialty goods were on sale. After asking the small merchants where they sourced these products, the same goods would soon appear on the Monterey Market’s shelves — at discounted prices.

As a large retailer, Monterey Market can afford to offer some select goods at lower prices. Both flower sellers in the area reported that they were approached by Monterey reps who asked about their prices and where they obtained their flowers. Both businesses subsequently suffered serious losses when Monterey Market began selling discounted flowers in front of the store. (The new owners deserve credit for halting the sales of flowers following complaints from shoppers who expressed concern about unfair competition.)

The new owners have expanded sales of bottled wines (placing them in competition with Monterey Liquors, whose shelves are now largely empty), have added body care lotions (in competition with another small local store), and reportedly considered adding a butcher (which would compete with nearby Magnani’s) and a coffee shop (which would compete with Hopkins Bakery and Cafe Roma, directly across the street.)

The six-hundred-plus shoppers who have signed CHARM’s petition would like to see a return to a cooperative, community-based capitalism that supports a variety of merchants, both large and small.

I’m guessing the new managers invested serious and lengthy thought before taking over the management of the market. What they have done since has shown a respect for both their customers and their employees. It has been fun to watch the changes — first, a cleaner store, then new cash registers that make things easier for the checkers and clearer for the customers. They built better bins for the produce and added many new produce items as well as other things their customers requested. Removing bins from the parking lot has made it safer to drive in there. Before the new carts arrived, I asked a couple of box boys about the possibility of new carts, and from their enthusiasm, it seemed like they might be part of the decision-making. Actually, despite the crush of new customers, the staff seems happier and more relaxed.

I have shopped at the stores on this corner for more than 35 years. I buy meat at Magnani’s. My favorite tea, coffee, and cheese are at the Coffee Market. I buy gift flowers at the flower shop across the street, unless I want something just for me — an inexpensive bouquet from Monterey Market. And I use the Monterey Market’s parking lot when I shop in all these small stores.

The CHARM initiative has had a negative effect on me. According to a staff member at the Coffee Market a few months ago, increased business at Monterey Market has meant more shoppers at their store, too. The petition has left a bad taste in my mouth.

Between a Rock and a Hard Place

Occupy has accomplished what it set out to do — make the country aware of the plight of the unemployed, of pay inequality, of the taxation of the “middle class” to the benefit of the wealthiest, and of the truth that there is still a spirit in the US that people will allow themselves to be pushed only so far (also, that folks still enjoy camping out).

Mayor Quan walked the line as best anyone could. Robert Gammon’s comment that Quan should have embraced the movement is off-base, in my opinion. The mayor should take a position on the issues of the movement, perhaps, but to embrace the movement’s actions would have been inappropriate. That would have put her in company with Newt Gingrich, who said on Face the Nation last week that he would have Supreme Court justices arrested if he became president and he felt that the court’s decisions were impinging on his authority as commander-in-chief. (Oh, and also if the court continues to secularize the country.)

The answer, I think, is that there was not one answer that would have mollified everyone. Quan could not make the “right decision.” The Occupy movement itself deserves credit for putting her re-election/recall/impeachment at issue. Anti-Vietnam activism (yes, there are parallels) taught me that moderation and working from within the system is often the best course of action.

It seems to me that Occupy would be best to facilitate some new forms of democracy rather than trying to be just another “same-old” player, à la the Tea Party. If government is run by money, use the system against itself by collecting Internet contributions designed to defeat the worst of them — after all, negative politics is easier and will get noticed. Suppose Occupy took up a collection and used it to produce TV ads designed against Mayor Bloomberg’s or Quan’s re-elections? Other mayors would then think twice about messing with Occupy. Or campaign for financial reform by targeting its opponents. The 99 Percent could become its own “moneyed interest” by focusing many small contributions in one direction.

Plastic Is the Problem

UC Berkeley, UCLA, and all the UC campuses need to do a disposable plastic audit and return to using real plates and stainless steel cutlery, real glasses and — dare I say it — dishwashers!Ban plastic bottled beverages on campuses and oh, what a difference we will see. Suddenly, an enormous reduction in waste and refuse.Refuse disposable and single-use plastics. Join the global movement! PlasticPollutionCoalition.org.

The article rightly noted that recycling waste from bins on Sproul Plaza is difficult because the waste is rarely properly sorted. However, the overall recycling rate for the campus is better than the Express story might lead one to believe. The amount of solid waste sent to landfills by the campus remained steady in 2010. The diversion rate for campus is 67 percent, although the rate drops to 41 percent when the construction waste is excluded. Overall, solid waste sent to the landfill has dropped 23 percent since 1995 and waste per capita has decreased even more (33 percent.)

New waste bins that were designed with input from our grounds staff are scheduled to be installed on Sproul Plaza in early 2012. The bins, which allow for sorting waste, will be introduced with information about what materials can be recycled.

Along with UC system’s Zero Waste pledge, the campus has made its own sustainability pledges of note: A commitment to reduce campus greenhouse gas emissions to 1990 levels by 2014 (a goal more aggressive than state’s) was made in 2007; and this year, Chancellor Birgeneau committed to reducing potable water usage by 10 percent by 2020.

Our campus should be proud of the sustainability progress we have made on so many fronts. We also understand that we still have work to do that will include effort and contribution from the entire campus community.

Ms. Shaff is correct in writing that the university has made some improvements and set some ambitious goals with regard to waste in the last several years. But as the story noted, nearly all surface recycling is sent to the landfill, and the majority of the gains that Shaff mentions have been made by increasing paper recycling in academic and administrative buildings — not by solving the problem of outdoor waste.

In our December 21 event preview, we misstated the name of the Museum of Art and Digital Entertainment.

And in that issue’s Local Licks column, we also misspelled the name of local musician El4D.

Got Any Bad Date Stories?

Of course you do, and we want to hear ’em. Send your horror stories to [email protected], subject line “Bad Date,” by January 25, and we’ll publish our favorites in the Sex Issue, which comes out February 5.