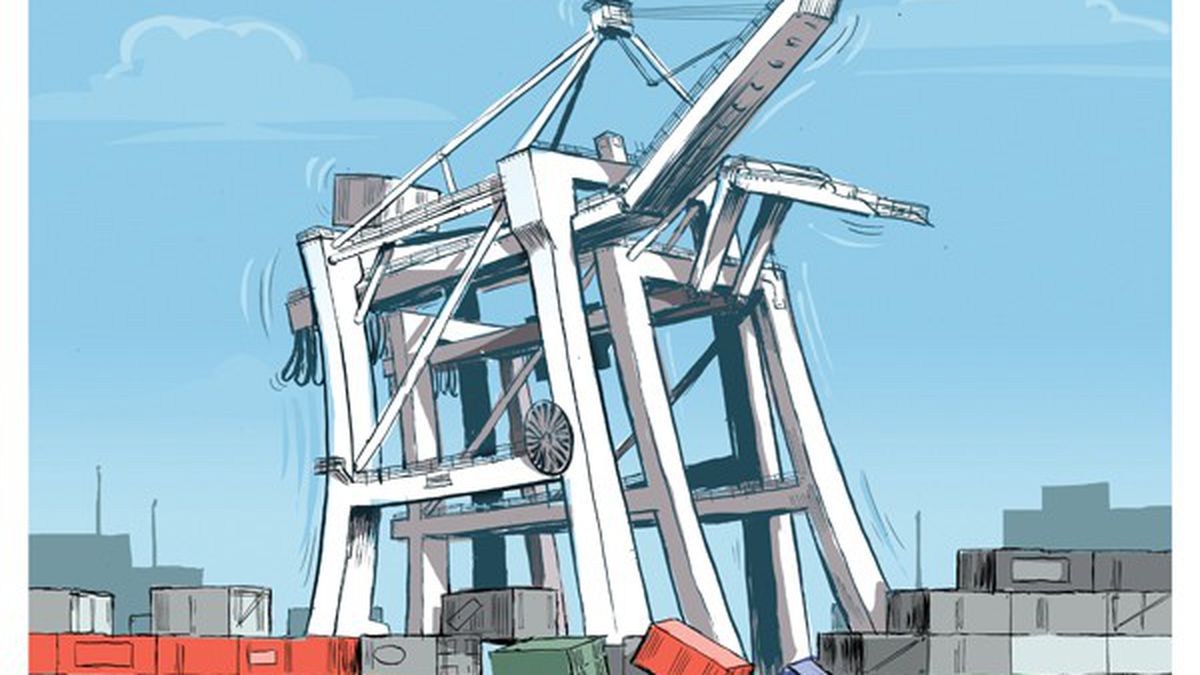 Readers sound off on Occupy Oakland, mobile food in Alameda, and our Sex Issue.

I was extremely disappointed and disgusted when I saw your latest edition. Of all the many interesting ways you could have covered the subject of sex (I suspect to coincide with Valentine’s Day) you chose to go with the most vulgar and crude approach. What was your objective? To discredit and demean your own publication? Your use of the “F” word certainly accomplished that and I’m sure offended many readers like myself, who at least try to find some journalistic value in what you are providing. A big “F” to you for failing to maintain even the slightest amount of class.

“Alameda Gives Green Light to Mobile Food,”
What the Fork, 2/8

Can we get a coffee/pastry/breakfast one at the Alameda dog park on weekend mornings please? I think it is safe to say it would do a fair amount of business between about 8 and 11 a.m.

In this issue, the Express devoted a few lines to informing its readers that Federal Judge Thelton Henderson had appointed Robert Warshaw to monitor and approve all major Oakland Police Department actions due to “‘serious concerns’ about the department’s handling of the Occupy protest and its capacity to ‘adopt and hold true to the best practices in American policing’ on its own.” (Quotation taken from a similarly slim New York Times article on January 26.) This news might be heartening if the judge had appointed a human rights lawyer as the monitor instead of the former police chief of Rochester. The blind leading the blind does not constitute responsible oversight.

What then are the “best practices in American policing”?  If the function of police departments is to protect property — and after the events of January 28, when OPD engaged in ever more violent tactics to prevent an unused building from being converted into a social center, no other conclusion holds water — then perhaps these “best practices” are those that ensure this protection with minimum discomfort to the overwhelming majority of people who have little or no property worth protecting. Tellingly, the judge is not intervening because of OPD’s inability or unwillingness to protect the hundreds of thousands of people in crime-ravaged neighborhoods throughout Oakland — he’s intervening because OPD is failing to even pretend that’s what they exist to do.

If Judge Henderson appointed a strict constitutionalist as the OPD’s monitor, violations against political rights to assembly and free speech might decline. But I think Occupy Oakland is demanding more than the rights citizens are nominally permitted in US society — OO is demanding the human rights of food, shelter, health care, education, and respectable work for all people, equally. These are natural rights that have never been part of the social contract between people and government in this country, and so this struggle will continue until people come before property.

That the Express continues to equate isolated acts of vandalism with institutionalized and increasingly severe acts of police violence is both saddening and unsurprising. We live in a society where blaming the victim is the escape hatch used to deflect attention from a systemic inability to provide for and protect everyone equally. Given fifteen times as much print space as coverage of Judge Henderson’s decision, Express journalist John Osborn applied this faulty logic to OO, writing: “But what is also troubling is the degree to which Occupy Oakland organizers are both alienating potential ‘comrades’ from their cause with their not-well-thought-out confrontational tactics and by putting their supporters at risk knowing how police will likely respond to their agitations” (“How I Got Arrested at Occupy Oakland, News, 2/1). He might just as well have blamed a young woman for being sexually harassed at a frat party, or a Muslim man for suffering a cavity search by airport security, or an out queer kid for being ostracized at school. Blaming the survivor/victim for putting her or himself in a position where a stronger party attacks her or him is the basest and most cowardly way to avoid confronting the social norms and institutions that spawned the violence and citing the self-defense that follows as the reason for the initial attack confuses causation to the point of absurdity. Knowing that OPD will respond violently to peaceful protests is not a reason to change course; in fact, institutionalized state violence, defended by the media, is at the core of why Occupy exists in the first place.

Thank you for your article. I agree with every word. Back last October and November I was a huge Occupy Oakland supporter. I went down to Ogawa Plaza every day to show my support. I Facebooked everyone I knew urging them to support the movement. I was profoundly happy that, after so many years of the Left backing down, it was finally showing some spine.

On the notorious night of October 25, I marched in solidarity with Occupy Oakland. I was there when the tear gas exploded, and I ran with the crowd to get away. As everyone was regrouping I saw, for the first time, a young man, masked in black, who began vandalizing stores and cars. It shocked me. I approached him and said, “Please don’t hurt my city. I’m marching alongside you. I support you. But please don’t break innocent storeowners’ windows and property.” The young man shoved me and told me to mind my own business. I’m 65 years old.

That was my introduction to the Black Bloc, and I must say that I have now lost all faith in Occupy Oakland. I went to a couple General Assemblies and urged people to renounce the violence. I had a letter published in the Chronicle saying the same. I’ve posted it on my Facebook page, only to be attacked as a fascist. So it was wonderful to see that you have arrived at the same conclusion: the Black Bloc has become a roadblock, and Occupy Oakland should renounce them.

But what can we, the people, specifically do? I sometimes think that the next time Occupy Oakland announces a move, the rest of us — the true 99 Percent — should bring thousands of bodies together to protect whatever the Black Bloc decides to attack: the Port, City Hall, Oakland airport, whatever. I understand the risks involved for violent confrontation. But the Black Bloc has hijacked what was a beautiful movement, and those of us who care need to band together and take Occupy back.

Only every so often do I see an idea that causes me to exclaim “holy shit!” in the bathroom while reading the newspaper, and as of fifteen minutes ago the Starved column is one of these. I think anything one can do to defeat the fear of creating art is a noble endeavor, and the first column is adeptly executed to that intent. I can hardly wait for the next one.

Look at the Numbers

Each American worker on average contributes $109,000 per year due to his or her work. The per-capita Gross Domestic Product is more than $47,000 each year. That means from infant to elder over 110 years old, everyone generates $47,000 per year, on average. Average income per worker is about $66,000 per year, yet half of the 150 million workers reporting to the Social Security Administration earn less than $26,363. The inequality of wealth or savings is even worse: Half of US households own less than 2.5 percent of all wealth. How long will we choose to live in this condition?

It is articles like this one that make me appreciate the work of professional journalists. Sasha Abramsky is doing great work.

After the Quake At the Jewish Film Festival