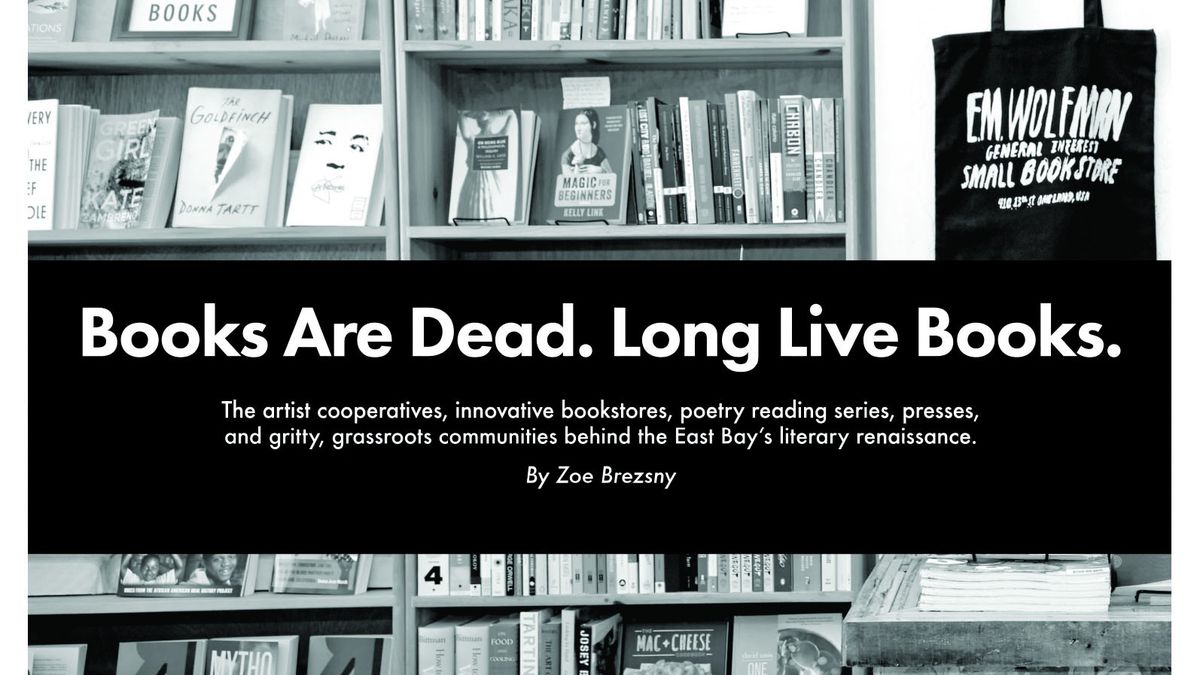 Can’t Have it Both Ways

It is ridiculous to complain about not getting outside bidders, while the rest of the article harps on the fact that only inside bidders have the preexisting facilities to handle the job. Some people spend all their time showing how good they are at seeing problems, but are not smart enough to know that most solutions require compromises balancing the good and bad.

Opt-In Is a Bad Idea

Why the distinction between multi-unit buildings and single-family dwellings [for green waste]? Waste Management gave me a green can with instructions for what should go in it and then I was billed accordingly. There was no “opt in” option. Making and keeping Oakland a green city is everyone’s responsibility.

No Link Between A’s and Buses

Why print Joyce Roy’s irrelevant letter? There is no conceivable link between Rebecca Kaplan’s effort to keep the A’s in Oakland and her support of AC Transit’s effort to buy what were, at the time of purchase, comfortable, modern, and practical European buses.

Unlike certain other Oakland politicians and a certain senior city employee, Ms. Kaplan understands that it is inappropriate to: parachute in at the very end of fourteen months of negotiation, unilaterally alter a deal, delete language whose genus you do not understand and offend a business partner to the point that he wins approval from his national franchiser to skip town immediately if relations deteriorate any further.

I don’t support using public resources to build, operate, or mitigate the impacts of any commercial sports stadium. Nevertheless, that decision was made decades ago, the Coliseum is built, and the public would have ended up deeper in the (cumulative) hole if the A’s had walked away.

Ms. Roy is a fusspot. She cannot resist an opportunity to gloat about winning her battle to keep low-income, minority transit riders on primitive “Made in USA” buses with hard plastic seats, old-fashioned manual bell cords, and no extra set of doors. It is Joyce Roy, not Rebecca Kaplan, who “Needs to Be Loved.”

Dear City of Oakland, please change the parking rules in this area to enable business growth!

On the Drakes Bay Oyster case: In this country, Congress writes the laws and the federal agencies execute them. On October 18, 1976, Congress designated Drakes Estero as a potential wilderness area. And then two days later, Congress passed the National Park System Act. This second law is critical because it provided the mechanism for the Secretary of the Interior to convert potential wilderness areas into wilderness areas. All the secretary has to do is to remove the prohibited use (Public Law No. 94-567, section 3). Congress lists the prohibited uses in 16 U.S.C. 1133(c), and Drakes Bay Oyster Company is a prohibited use.

With Section 3 of the National Park System Act, Congress gave the secretary the discretion to decide when and how to remove prohibited uses from any potential wilderness area in the entire national park system. For example, the secretary has applied Section 3 to at least 10 potential wilderness areas throughout the United States since 1976. And all of the notices are in the Federal Register.

It’s Bates Who Is Getting Outsmarted

The author of this article seems pretty sure that Tom Bates is outsmarting the proponents of the Downtown Initiative. But perhaps it’s Mayor Bates who is getting outsmarted. The Civic Center Overlay district is something that citizens have been seeking for over a year, but Bates’ council majority had dragged its feet. Later will be too late after the federal government sells the [Berkeley downtown] post office to a deep-pocketed developer with plans to build condos or offices and privatize the building forever. Once it’s gone, it’s gone. You don’t get your public commons back.

Unions, who backed the signature-gathering for the initiative, are also getting some of what they want: Developers who were uninterested in working with the unions are suddenly open to discussions. Bates didn’t put any pressure on developers to work with the unions until the initiative was on the ballot. Now, some unions have successfully entered into agreements with developers to work on their projects.

So maybe the proponents of the initiative are getting what they want, and Bates is the one who is being outsmarted. Something to think about!

A new stadium for the Oakland A’s, if properly located and privately financed, can be beneficial to our town. This cannot be said for a new football stadium. Football teams play eight home games a year. A monstrosity like a football stadium in an urban setting is an absurd waste of real estate as the stadium is empty for 95 percent of the year. It is no wonder that NFL teams build their stadiums far from the city in suburban areas where land is cheap and there is lots of room for parking.

The fact that the prospect for keeping the A’s in town can be complicated by the fantasy that two new stadiums will be built in Oakland is an example of why inexperienced, financially unsophisticated, sophomoric politicians consistently screw things up.

Whereas it is reasonable and justifiable to envision compatible developments like housing, retail, and even hotels locating near a baseball park, it is literally inconceivable that the same applies to a football stadium. They are not one-in-the-same and the experience in and around the venues is very different. In light of the fact that Oakland has a Mayor in Jean Quan who cannot communicate coherently or consistently and who quite often resorts to fantasy or fiction whenever it suits her is disconcerting to say the least. Quan is marginalized and respected by nobody and with a dysfunctional city council that cannot get along it is highly unlikely that smart, financially sound development around a new sports facility will ever be built in Oakland.

The A’s ownership has the financial strength to perform on their projects. Listen
to them if you want something to be built and recognize that a brand new football stadium was just built and is available 45 miles from Oakland. The idea that politicians hereabouts promulgate the fantasy that we need a new football stadium in Oakland that will be empty 95 percent of the year is another example of the tragic folly that is Oakland municipal government.

Facebook
Twitter
Linkedin
Previous articleOne Night Stands
Next articleMid-Week Menu: The Kwik Way Is Closed, Muracci’s Is Coming to Berkeley, and The Dock Is Giving Away Beer
18,656FansLike
0FollowersFollow
67,429FollowersFollow