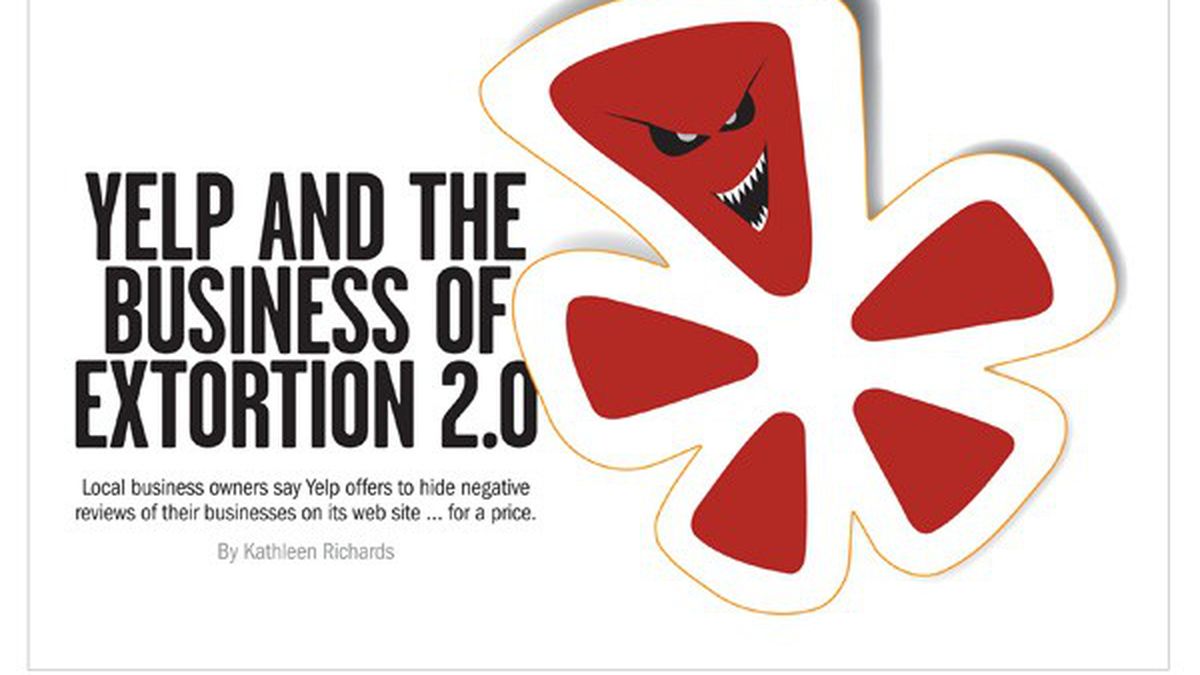 Readers sound off on Yelp and our theater, art, and food reviews.

The Irony of Yelp

Yelp CEO Jeremy Stoppelman replied to Kathleen Richards’ story via
his Yelp corporate blog. Following his own business model, shouldn’t he
voicelessly absorb the story’s comments without response? Or maybe he
should advertise in the East Bay Express and be afforded the
opportunity to pick a feature story on Yelp?

I agree with what Kathleen Richards had to say in the cover article
on the untrustworthiness of Yelp. Increasingly in a Web 2.0 world we
are being asked to trade in our time and thought labor and, to some
extent, our privacies and participate in crowd-sourcing in exchange for
the benefits of mass open-sharing. Yelpers digitally sharecrop a market
for banner ads and commerce for a range of businesses (and Yelp); all
that is hoped for in return is reliable and useful information that can
save time and money or increase the odds that we’ll get what we are
willing to pay for. I’d like to know that when I Yelp a business, I
will be able to trust the ranking and recommendations that appear on
the web site, free from the extorted or otherwise coerced actions of
anyone. In return, I am willing to offer to other Yelpers what they
might expect from a business based on my experience. But in my own
experience, Yelp consistently removes bad reviews. One that I posted
after a bad stay at a New York hotel more than a year ago disappeared
soon after I posted it. I reposted it again. (Just try Yelping the
Avalon Hotel in NYC and read the reviews. Also search for it on Yahoo
travel. Most likely you’ll see nothing on Yelp, and eighteen reviews,
mine included, on Yahoo.) After the second review came missing on Yelp,
I realized that someone there had squelched my negative review, twice.
Yelp has broken the cardinal rule of Web 2.0. They are anything but
transparent in their practices and the result is a major loss of
web-cred.

I Don’t Trust Them

Your article is well written, and evidently the research was
extensive. Thank you for that, the true vision of investigative
journalism!

There’s NO WAY that I’d use Yelp, in light of this situation. I
cannot believe that “Bill Blackburn of San Francisco” thinks he would
— shame on him! No, actually he’ll deserve getting duped,
and it’s sure to happen.

As far as referrals, I only trust the ones from people I actually
know. That makes all of the unknown and anonymous reviewers simply
irrelevant to me, in fact, unread by me. Sorry, that goes for the
blogosphere as well! Who are these people, anyhow? One must
always consider the source, when weighing an opinion.

For that matter, I don’t know you, either. Here’s the
difference — you’ve got an editor, who works for a publication
that I’ve been reading for long enough that I’ve developed a certain
level of trust in the East Bay Express. So, even though
I don’t know you, I do trust EBX, and that’s the crucial
difference.

I rarely use Yelp, there’s too much trash up there anyhow. Most
often, I use Yahoo! Local. Sorry Googlers, I never use it, because
their algorithm’s too mysterious for me, and their revenue motivation
is too heavy.

I tend not to believe your article about Yelp, simply because I
don’t think it could happen here in Denver. Why? Because so many
Yelpers know business owners and word would get out. Perhaps it’s
because we are more tightly knit here, but I tend to assume the same
conditions are present in other markets and local Yelpers wherever
would speak out. I just joined Yelp last year and am Yelp Elite this
year, so am not a longstanding member but I do take an interest. I know
most/all Denver Yelpers take the “Real people, real reviews” tagline
seriously, and we even look into businesses that appear to be misusing
the site, be it by faking reviews, or soliciting them.

Holy cow! The fact that most of the people interviewed for this
article are using fake names is ridiculous. It’s like a witness
protection program where these people are afraid of having their
business “torched” by Yelp. Perhaps the lessons learned here are some
of the shortcomings of the Internet and to start thinking for
themselves again. What a concept: Just because you can do something
doesn’t mean you should.

Very interesting scenario. I think it deserves further reflection.
As someone who has built user-generated Web 2.0 solutions, I understand
the challenges Yelp faces.

Keep in mind — all these wonderful services that we rely on
— unless they can turn a profit — will die. Of course, that
doesn’t justify shady practices, and I am sure even if Yelp is
completely clean, this article will prompt them into more rigorous
checks-and-balances — which in my opinion is the biggest value of
an article like this.

In terms of the actual content, certainly removing or demoting
negative reviews doesn’t make sense to me, advertiser or not. I think a
good solution is to support comment threads for each review, letting
the businesses comment on each review. As a consumer, if I see a
negative review, and next to it a rebuttal by the business, it’s more
content and more value when considering that business. This is a
feature that I implemented in the community-based Web 2.0 site for a
large corporation. Business would be motivated to rebut any negative
reviews — let them have their day in this “virtual court.” And in
fact Yelp can charge for letting business come in and be identified as
the business owner and be able to rebut. Get everything out in the open
— transparency is value!

Hurwitt was My Co-Pilot

I am a longtime East Bay Express reader and frequent Bay Area
theatergoer who sees 2-3 plays per month. I noticed Sam Hurwitt’s
goodbye in the most recent issue, and I am extremely disappointed by
your decision to stop running his theater reviews in the paper. Mr.
Hurwitt’s astute and thoughtful reviews helped me decide which East Bay
theatrical productions were worth my time and money. Please let him
know that he’ll be missed, and I hope the Express reconsiders
its decision.

I know times are tough all around. But the East Bay Express
done fucked up by letting go of Sam Hurwitt. As a director of a local
company, I could never depend on a positive review from Sam (though I
have received them) — but I could always depend on a review that
was honest, fair, clear, and showed an impressive ability to see what I
tried to do in a larger historical and artistic context. Many American
cities with bigger, more active theater communities don’t have
reviewers this good. You’ve done a great disservice to the Bay Area
arts scene at a time when we need people like Sam to communicate our
work to our audiences. And you’ve done a great disservice to your
publication, boiling down all live arts coverage to a single voice, as
if one writer could possibly communicate the diversity of live
art-making happening here. Is that what the East Bay Express
wants to stand for?

Reading John Birdsall’s review of Ozumo, it seems he’s confusing
“izakaya,” which means a kind of neighborhood drinking and eating place
very common in Japan, with the typical tapas-like dishes themselves. In
Japanese, the suffix “-ya” denotes “place” or establishment. “Stick to
the izakaya” doesn’t really have any meaning, aside from “go to this
kind of place,” nor does the title of the review.

Black Art Doesn’t Have to Be Black

As usual art “critics” from KB (Kenneth Baker) on down to DeWitt
Cheng continually try to fit “Black Artists” into the age-old box of
having to represent themselves in figurative form. It seems that if
they do not show “their face” they are not really Black Artists, and
certainly not artists. There were other works that go beyond the face
and search for a deeper meaning, or perhaps the critics are still stuck
in the past. Black Art is not simply about showing black images.

In our spring dining supplement Taste, we improperly credited
the photograph of Josh Levine of Pepple’s Donuts. It was by Sonya
Revell.