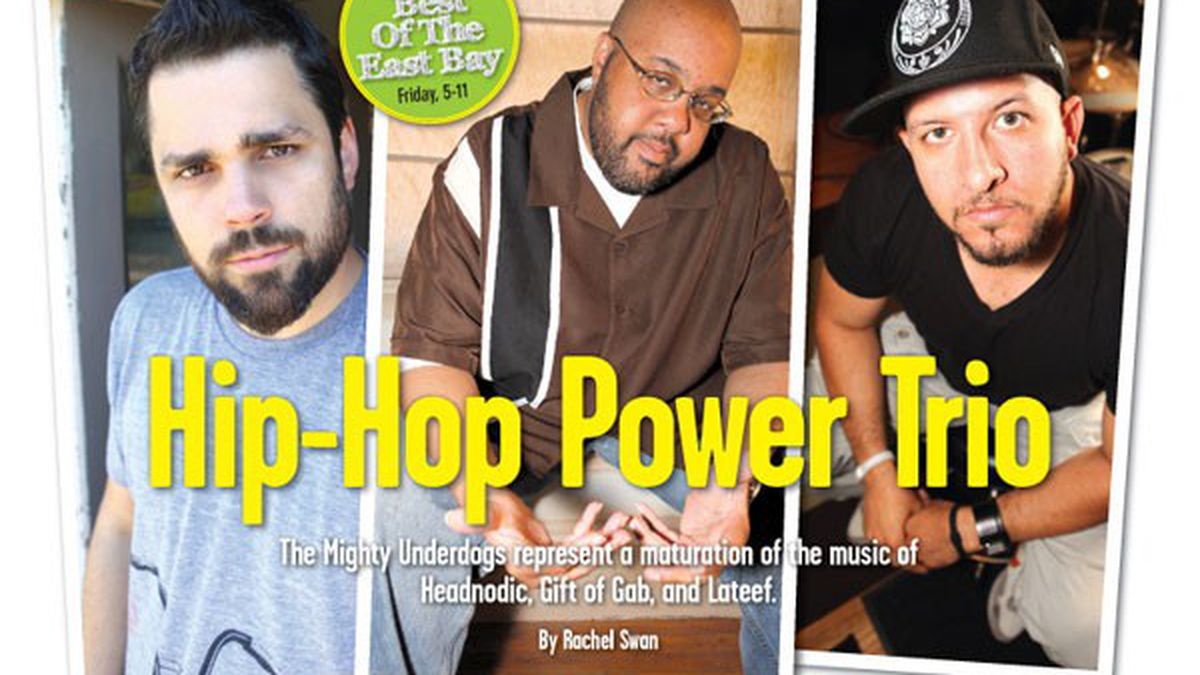 Readers sound off on our Best of the East Bay party, Jean Quan, Prop 19, and Oakland politics.

East Bay Express; YOU MUST DO THIS AGAIN REAL SOON IN THE EXACT SAME PLACE: JACK LONDON SQUARE. THIS WAS AN EXCELLENT, EXCELLENT EVENT FROM THE BEGINNING TO THE END! I HAD A WONDERFUL TIME!!!

A Rising Voice of Support

Even if you subtract the loan that Jean Quan gave to her campaign, there is a rising voice of support from the people of Oakland for her campaign. We, the people, are not idiots. We want honesty, integrity, and experience in office matched with a healthy dose of fiscal responsibility. If Quan has only spent $26,000 to Perata’s $322,000, that tells me that she is thinking about the money she has been given by her supporters, regardless of their station in life. I want someone who will do the same with city funds as they address the needs of the city as a whole. People tell us who they are, we must learn to listen. If we hold politicians accountable for their actions, our city will be a better place to live.

Remembrance of Funds Past

Interesting conundrum, but quoting Quan about “violation of all the campaign laws” only reminds us how she financed her campaign for a $146 million bond to build a palace library in 2006. Nearly half the funds came from businesses holding a contract or angling for one with the City. Quan lost anyway.

Here’s why federal involvement in the anti-Prop 19 campaign — activity which does not get reported to any state authorities — matters: money. For example, the Office of National Drug Control Policy funds many local-level anti-drug programs, mostly through the Community Anti-Drug Coalitions of America. Local groups and activists receiving CADCA funding have to know that a public show of support for Prop 19 could put their funding in jeopardy. Such a quid pro quo doesn’t have to be publicly-stated; it’s just politics. It is arguable whether any recipient of federal moneys — from the Attorney General or other federal sources, not only ONDCP — who opposes the measure publicly is motivated to do so because of a hope to please their funders. Yet I’m not making that sort of claim, and I’m certainly not accusing anyone of insincerity. I am merely observing that reports to the state on campaign spending related to this issue do not fully reflect opposition spending.

It’s amazing what both local and state politicians do. They focus on getting reelected and looking good. They need endorsements and funding for their next campaign run. How they “look” not what they do matters. No one can be “anti union” — but what about the citizens? Are they expendable? The council folks will say what the people want to hear but they ignore hard realities of finances for the city because the unions lean hard on them and the general public is disengaged. I do not see any real leadership for the city as a whole just more political pandering. It’s much easier to just raise taxes to cover a gap. When will someone have the courage to really deal with cutting spending, saying NO to city employees who get benefits that far exceed what any average person gets and focus on growing the economy and creating jobs for Oakland citizens?

Blast From the Past

Due to the recent bad press given to Antioch by The Wall Street Journal and the SF Chronicle, I was looking to see what good things I could find about this city. Imagine my surprise to read this piece about Antioch and Pittsburg funding a BART system which seems to have had no real intention of ever extending its line to those cities. BART has taken its money, however, for all these years since 1969, right? BART, you are plainly pitiful. And an EBART??? Ridiculous. Just put the damn regular BART into these cities already. If you start now, maybe these men’s children will see the result by the time they are grown or have grandchildren, at the rate you are going. WHO is running BART, the Three Stooges?

The current service crisis at AC Transit could have been avoided if the “damn fool” factor had been eliminated from both their management and the local city government at large.

Back in the halcyon days when our Panglossian economists assured everybody that the economy would ever go up and up (and many civic leaders stupidly believed them), busybody social engineers decided that it would be a good time to implement utopian public transportation schemes that had here-to-fore existed only in their own little bourgeois-parochial minds. This included a not-so-hidden agenda to discourage private motor vehicle ownership as “politically incorrect.”

However, a number of serious problems were not factored in. These included: (1) No economy has ever increased, or even sustained, itself into perpetuity, or ever will. (2) No public transportation system has ever provided services as needed for each and every citizen under each and every circumstance. (3) More narrowly, public transportation shortcomings become exacerbated when the management in charge is rife with incompetence, corruption, and cronyism, as AC Transit is and has always been. (4) More broadly, no utopian idea has ever been implemented without sooner or later going seriously astray; either it dies stillborn, or the wonders of Hegelian dialectic (more commonly known as the rule of unintended consequences) it becomes something else, often the opposite. (5) Americans, being in the main a collection of rebels, misfits, outcasts and/or criminals (or their descendants) have this in common: they despise restrictions on their personal freedoms almost as much as they distrust “good intentions.” They know, as I do, what road these pave. One look at the history of Prohibition says it all.

For lack of realistic outlook and a grounded fiscal policy, AC Transit and the state at large is now in deep trouble. It’s a shame us “just plain folks” have to suffer because of our civic leaders malfeasance; but the disgrace now suffered by our social cadre is one they thoroughly deserve.

When you write “25 years ago, when computers were still big and prohibitively expensive for most users,” you’re revising history a bit. In reality, the Apple II had come out in 1977; the Mac was introduced in 1984; and many office workplaces (mine at the time included) adopted the IBM PC with basic Visicalc software in the 1980-82 time frame. Sure, graphics capabilities of these machines were minimal, but the machines themselves were becoming widespread.

This is a complaint regarding the Kite Festival’s “sea of cars” that effectively shut down the Berkeley marina to local residents, caused a traffic congestion nightmare, and more importantly, I’m sure the tremendous smog and poison spewing from these vehicles has caused health problems to the wildlife and environment in the immediate area.

As a life-long Berkeley resident, I have done decades of bird watching at the marina and am observant of our rich, priceless scenic landscape. In this manner, I have noticed since the Kite Festival of last Friday to this very day of Tuesday that the marina area birds on whole have been silent (or have not spoken). This is very unusual at the marina and also disturbing. And as one who may be the only person speaking up on their behalf, I feel they may have become sickened to some extent due to the enormous pollution. Personally having no animosity regarding the Kite Festival in itself, and seeing it as a beautiful and spectacular event in some ways, the adverse effect to the wild-life and the micro-environment were severe in exchange for a two-dollar, raw material kite festival (except maybe for childish adults addressing their emotional and competitive self-esteem concerns of who “wins” the kite trophy).

I complained to the event coordinator, John McAlister, and was met with a hostile group in a state-of-denial mentality with the overriding issue of “someone always has to mess something up” attitude regarding the money they were making. To me, this was just another money-changer event at the expense of our environment — and I’m sure they are long-gone with a weekend pocket full of loot. But our precious wildlife is still suffering for this blind act of greed. Also, with all that money flowing through the city, and segments of our community who will never see it: the homeless, poor, unemployed in financial despair eating unhealthy food at some of the many subsidized places in our city (first-hand experience and another corruption story), it is border line criminal. Has anyone thought of shuttling people to and from events, people movers? Alas, as one of the kite event coordinators said, “who cares anyway?” Huh? Sincerely, Jaybird