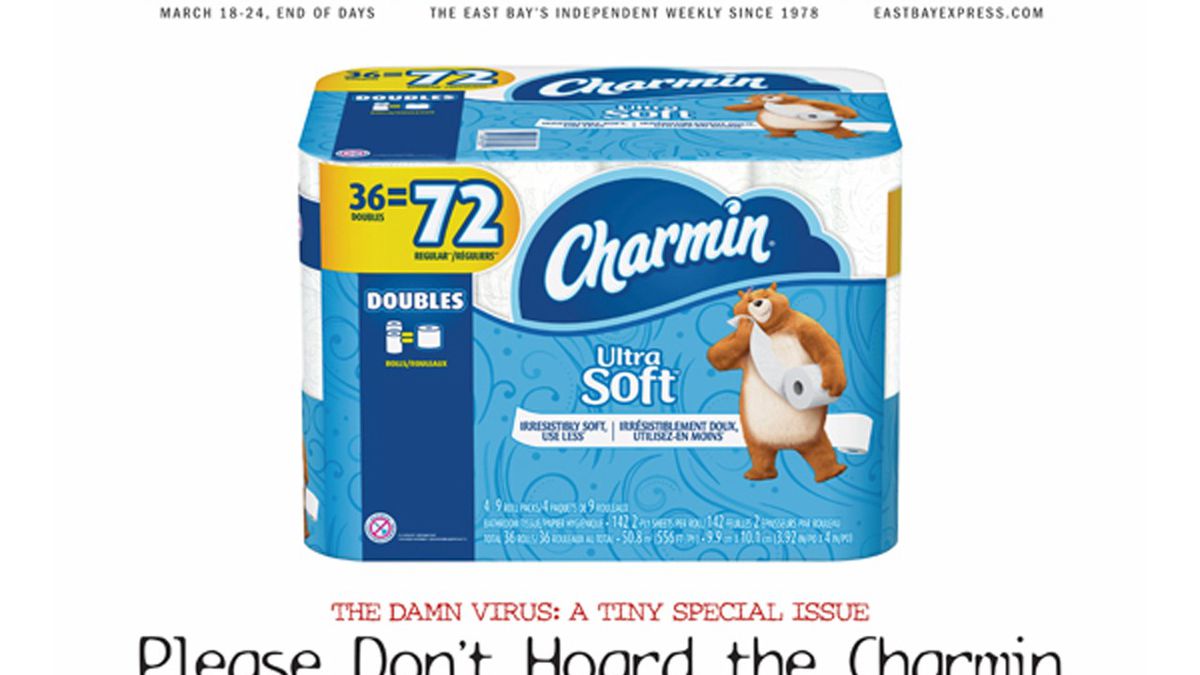 Irresponsible. Make an effort to contact community-based organizations to confirm information. Had this occurred, you’d have an informed piece. Not one that completely missed the mark and disseminates falsities.

My Vacation in Oakland, The damn virus, Mar. 18

I can sympathize. 3-week trip planned including a few days in Bologna and then a week in Puglia. Not until late May-early June. Still waiting to hear. I hope you can go in October. It will be all the sweeter for the wait.

Will the State Take Over PG&E? And If That is Possible, Is It Also Wise?, News, Feb. 26

What is needed is a state government that stops supporting PG&E the corporation. PG&E should pay for all the damage it caused in full. It should pay all the costs of emergency response. It should be forced into Chapter 7 bankruptcy and liquidation. Stockholders should lose their entire investment. Bondholders should take a haircut if necessary. The Chapter 7, court appointed trustee(s) with the help of real experts (not investment bankers) should work with the hands-on employees to keep the operations going safely. Then county sized agencies could be formed throughout the old PG&E service territory to purchase the useful assets, that can be operated safely.

Public power is always cheaper than private power like PG&E unless the public power is being mismanaged. By eliminating profits for shareholders, public power saves money by definition. Severin Borenstein’s comments are nothing but industry propaganda meant to dissuade and discourage people from switching to public power. Of course the state or any other public agency would have to pay to buy PG&E, but that doesn’t negate the elimination of large sums of money wasted on illegitimate profits.

In the situation that PG&E currently finds itself with its stocks valued at bargain basement prices, by far the best way to buy the company would be in a hostile takeover by the state of California. This could be accomplished in the same manner that the state of New York took over the Long Island Lighting Company: First, the state needs to pass legislation enabling it to make a hostile tender offer to PG&E. Next, the state needs to sue and/or prosecute PG&E for the massive wildfire damages that were caused by the utility for as far back as the statute of limitations would allow, which would prevent PG&E’s stock price from increasing after the hostile takeover offer. The state would then be able to buy PG&E for a price low enough that regardless of the money that would need to be spent on neglected maintenance and repair, for which PG&E should also be fined substantially, customers’ rates would decrease.

Nik Sharma’s Recipes Tell the Story of a Gay Immigrant