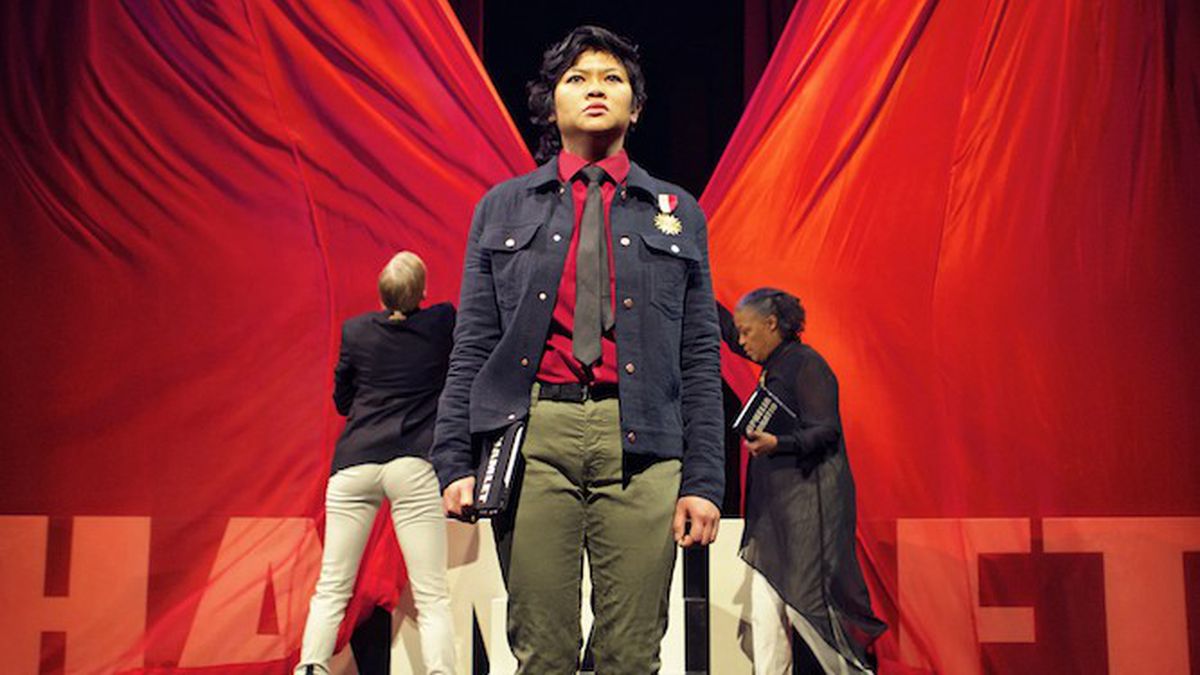 It’s Never Too Late to Be The Light at Shotgun Players in Berkeley.

Catch Caught, ride the Grand Concourse, hop on Hamlet, or join a nationwide movement and flick on a flashlight while pledging allegiance to inclusion and compassion at Shotgun Players. The five productions that ran in repertory during the 2016-17 season have dwindled to just four shows this year. But with some hustle, it’s possible to see or revisit the three aforementioned plays, which capture the troupe’s daredevil brand of theater and feature some of the Bay Area’s most versatile, seasoned actors. If your calendar is too full to book tickets, join a community effort to “be a light” outside Shotgun’s Ashby Stage on the eve of the presidential inauguration, this Thursday, January 19, from 5:15 – 6:15 p.m. It’s time for all of us to protect inclusion and be players in an act of compassion for human beings everywhere, regardless of race, class, religion, immigration status, gender, sexual orientation, special abilities or country of origin.

Don’t Be Afraid of Oakland