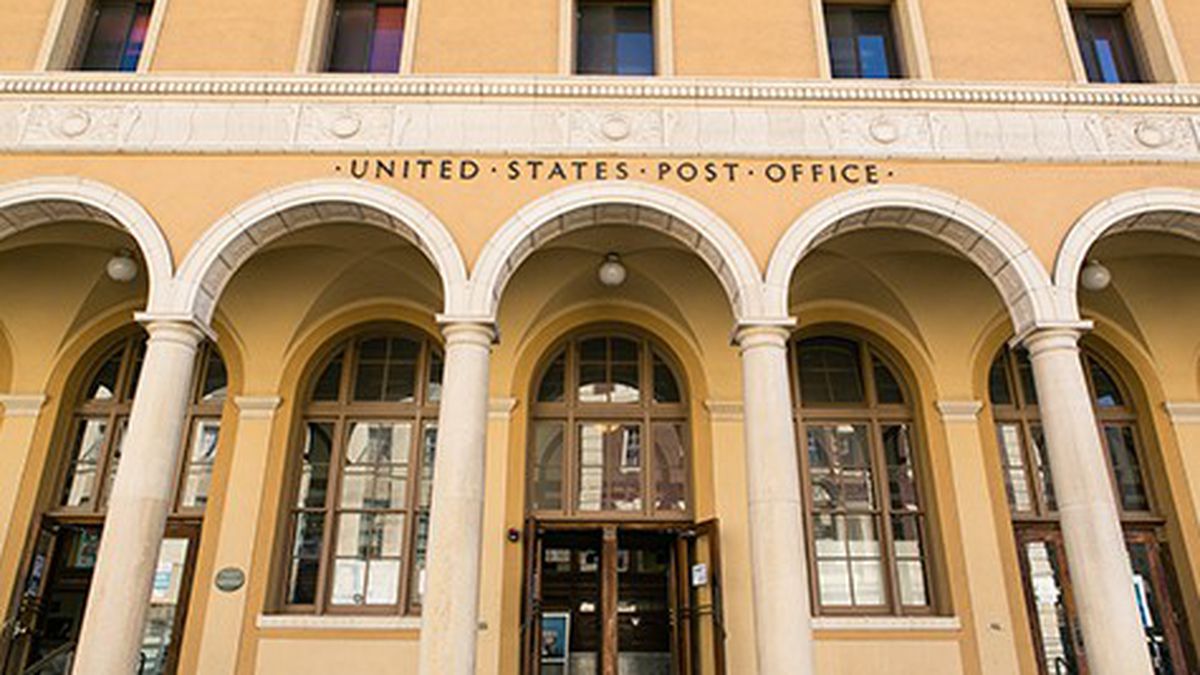 The Inspector General of the US Postal Service calls for the firing of the politically connected real estate firm that has been selling post offices to its friends, cheap.

Late last month, David C. Williams dropped a red-hot audit on Tom Samra, who runs the real estate arm of the US Postal Service in Washington, DC. As the inspector general of the Postal Service, William’s mission is to “prevent and detect fraud, waste, and misconduct” inside the $65 billion agency. The April 22 audit report bluntly charges Samra and his staff with mishandling the Postal Service’s contract with CBRE of Santa Monica, which is the world’s biggest commercial real estate firm and is one of the nation’s most politically influential. Based on findings that the CBRE has violated its financial obligations to the Postal Service, Williams is demanding that Samra “terminate and recompete the current CBRE real estate management services contract.”

According to the audit, Williams has assigned his law enforcement division to review specific CBRE deals. CBRE spokesperson Robert McGrath said, “We have been informed by the OIG [Office of Inspector General] that no criminal investigation is underway.” When asked if McGrath’s statement is true, the inspector general’s spokesperson, Agapi Doulaveris, replied, “The Office of Inspector General conducts investigations that are administrative and criminal in nature. We do not confirm, deny, or speak about any ongoing investigation.”

CBRE is largely owned and controlled by Richard C. Blum, the husband of US Senator Dianne Feinstein. In 2011, the Postal Service awarded Blum’s firm an exclusive contract to service its $85 billion real estate portfolio. According to the audit, CBRE has made tens of millions of dollars on deals that have damaged the financial interests of the Postal Service. The inspector general says that CBRE employees may have coerced commissions from landlords during leasing negotiations. He has also marshaled evidence revealing conflicts of interest in CBRE’s dealings with buyers of postal properties. Williams is concerned that CBRE “could manipulate transaction prices to favor its clients or business partners when managing the appraisal and negotiation processes for properties the Postal Service has sold or leased.”

Going Postal reported that CBRE was representing buyers as well as its seller-client, the Postal Service. Such “dual agency” creates a conflict of interest because of the possibility of a realtor influencing the sale price in order to extract a higher commission or selling an under-valued property to a business associate. The industry standard in real estate transactions is for buyer and sellers to be represented by different realtors, so that each party can get a fair shake. And, importantly, the industry standard is for the fair market value of a property to be estimated by a third party appraiser who has no interest in the outcome of the sale.

Backed by hundreds of public records, Going Postal reported that CBRE had sold scores of post offices, parking lots, and warehouses for $79 million less than their assessed values, which are normally less than fair market values. Going Postal published records showing that 20 percent of the properties sold by CBRE during the first two years of its contract were sold to its own clients and business partners, often at less than the assessed value. The ebook reported that CBRE was exacting commissions from landlords who had bought Postal Service buildings and rented them back to the Postal Service, which gave CBRE an incentive to negotiate excessive rents to the detriment of the Postal Service. CBRE also had been tasked with selling the historic downtown Berkeley post office before the Postal Service took it off the market.

Here are the high points of the audit report:

CBRE raised rents paid by the Postal Service by as much as 200 percent without documenting justifications for the increase. Williams determined that the Postal Service is overpaying rents by $38 million every four years. He notes that requiring the Postal Service to pay the landlords’ commission to CBRE is “grounds for terminating the CBRE contract.” And he has tasked his criminal investigative division with reviewing this matter.

• The auditors examined 21 of the 49 property sales negotiated by CBRE in 2012–2013. They found serious problems with 66 percent of the deals. For example, appraisals for seven of the CBRE-brokered sales were deemed “insufficient,” “flawed,” “mistaken,” or “speculative.” The list of “appraisal discrepancies” includes an office building in St. Paul, Minnesota that was inexplicably appraised by a CBRE contractor at $2.7 million. The skyscraper had been assessed at a value of $25.3 million in 2009. Three years later, CBRE sold it for $5.25 million.

• Samra’s division “could not locate” appraisal files supporting the prices of three properties sold for $8.4 million. And data validating the cost of leases worth $59 million are missing or incorrect. Pricing data is missing for $24 million in sales. Samra’s records are such a mess that the auditors could not even determine the number of CBRE’s deals.

• Among CBRE’s serial conflicts of interest, Williams reported, “We found a relationship between the buyer and CBRE for one transaction and a possible relationship in four others.” The appraisals for three of those transactions were “questionable.”

Objecting to “the risk that CBRE could manipulate transaction prices to favor its clients or business partners,” Williams has assigned special agents to further investigate the five deals, although he did not reveal the names of the buyers. He noted that CBRE sold a property in Gilbert, Arizona for $2.9 million, slightly above CBRE’s appraisal price. A year later, the lucky buyer sold it for $6.8 million.

Smoke leads to fire: Going Postal reported that in 2011 CBRE brokered the sale of a downtown Boston parcel to one of its major corporate owners and business partners, Goldman Sachs Group. And in 2012, CBRE brokered the sale of a Las Vegas post office to its client, Boyd Gaming, which turned around and sold it a few months later for $5 million more than it had paid to the Postal Service.

Williams report is shocking, but it may end up in the Obama administration’s overflowing dustbin of things never to be done. Postmaster General Megan J. Brennan’s spokesperson told me she will not terminate the CBRE contract, which runs indefinitely into the future. Nor will the Postal Service stop CBRE from demanding commissions from landlords or from representing buyers.