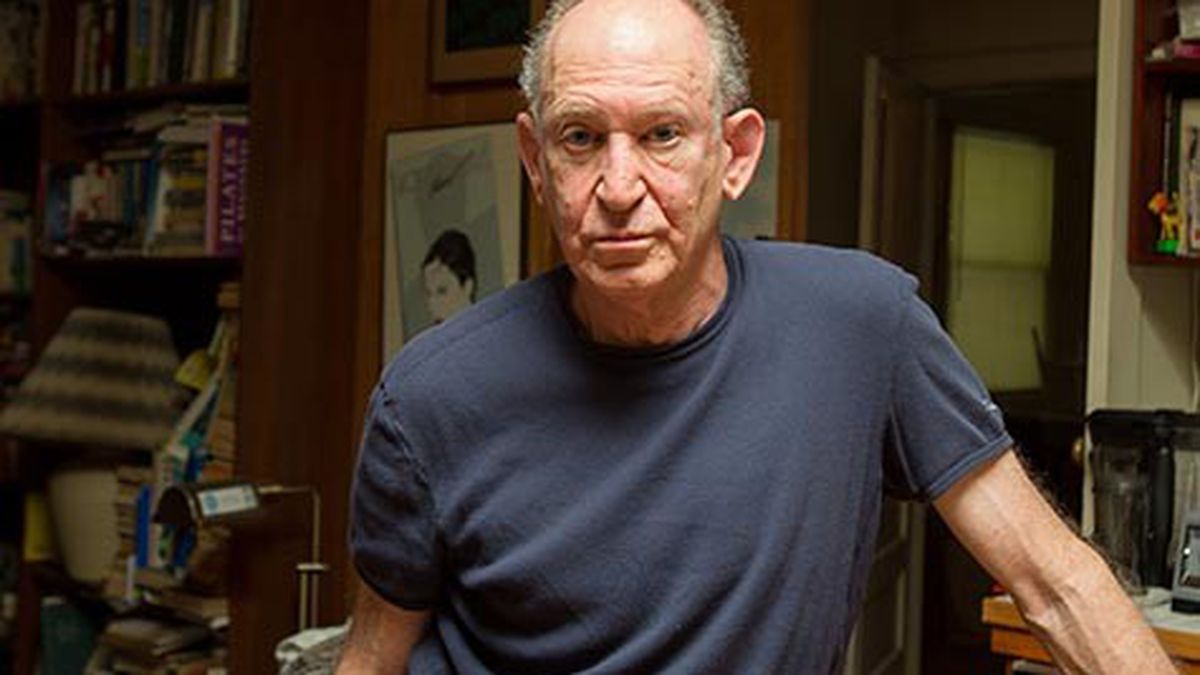 One longtime tenant's battle against rent increases sheds light on the unfair advantage landlords have in rent board disputes — and the procedural loopholes they can manipulate.

Mark Sherman, a 72-year-old retired shop owner, has lived in the same North Oakland apartment for thirty years. His unit has been protected since 1985 by the city’s rent control law, which protects tenants from high rent increases.

But that could soon change if his landlords, a couple based in Contra Costa County, are successful in their push to get his property exempt from rent control in a case that advocates say sheds light on the unfair battle Oakland tenants often face in rent disputes.

Last year, Sherman’s landlords, Harold and Diane Michelsen, filed a petition with the Oakland Rent Board alleging that the property should not be subject to rent control restrictions because it became a residential unit after 1983. Properties built after that year — or ones that were not previously residential — are exempt from Oakland’s rent control law.

The petition surprised Sherman, because he knew his apartment had been occupied by tenants in the 1970s. To prove it, he provided Oakland Rent Board officials with phone book records and tracked down two former tenants who submitted official statements for his case confirming that they had lived at his Occidental Street address during the 1970s.

But a hearing officer for the city’s Rent Adjustment Program, which mediates disputes and enforces the city’s rent control law, dismissed the evidence that Sherman presented and ruled in favor of the Michelsens. And the Oakland Rent Board, which reviews appeals, upheld the decision in favor of the landlords in July and is expected to finalize its ruling in September.

If that happens, the Michelsens can raise Sherman’s rent by as much they want. The rent board’s decision, Sherman and his attorneys fear, could prompt his landlords to argue in court that they also have a right to evict him. “I feel beleaguered. I feel like the weight of the system is on me,” said Sherman, who provided the Express with extensive documentation of his case, including transcripts of rent board hearings and letters from former tenants, signed under penalty of perjury.

Tenants’ advocates say Sherman’s battle highlights numerous ways in which the rent board process is unfairly biased toward landlords. And this alleged bias is of great concern in the current housing market, as rents are rapidly rising and property owners are increasingly looking for ways to avoid rent control and attract higher-paying residents.

“The thing that is so striking about this case is that he went above and beyond,” said Sherman’s lawyer Derek Schoonmaker, citing the extensive research Sherman did to bolster his case. Schoonmaker, a staff attorney with Centro Legal de la Raza, an Oakland-based nonprofit, noted that the process can be significantly harder for tenants who don’t speak English or don’t have the time to search for supporting evidence: “He was in some ways exceptional, and that wasn’t good enough.”

Tensions between Sherman and his landlords first escalated when he discovered that his landlords had been violating the city’s rent control law for years. They had not given him an official Rent Adjustment Program notice as required by law. From 1985 to 2010, the landlords had gradually raised his monthly rent from $1,225 to $1,687, based on cost-of-living increases allowed under the city’s rent control ordinance — but had failed to provide him with the proper notice.

In 2012, Sherman filed a petition contesting the increases, and last year, a program hearing officer ruled in his favor, awarding him $15,036 to cover the invalid rent hikes and mandating that his landlord revert back to the 1985 rate.

But the landlords then filed a separate petition with the rent board, arguing for the first time since Sherman moved in that his unit shouldn’t be subject to rent control laws in the first place based on city law exempting units “newly constructed” after 1983.

The four-unit building was built in the early 1900s and was at one point used as a printer’s warehouse, before being converted to residential housing, according to Sherman. At his first hearing in the exemption case, he presented to hearing officer Linda Moroz a letter from a former tenant who stated that he had lived at Sherman’s address from 1976 to 1978. Phone book records also corroborated this evidence.

Moroz, however, rejected the evidence because it was not signed under penalty of perjury. But according to Schoonmaker, there is no formal requirement in this type of administrative hearing that written statements be sworn testimony.

In addition, Moroz misquoted an email from a city official, writing in her decision that the building added housing “in [the] mid-80s,” when the email from the city official — which was not signed under penalty of perjury — had simply noted that there was housing in the structure “by the mid-80s.”

“The exemption was improperly given because of the serious errors that the hearing officer made,” said Leah Hess, a private, Oakland-based housing attorney also representing Sherman. “There was very strong evidence that there might be something amiss with what the landlord was claiming.”

It was at Sherman’s appeal to the rent board, however, that the flaws in the process really became clear, his attorneys said. Sherman returned with a new letter from the former tenant signed under penalty of perjury and a second sworn letter from another former tenant who said he lived at the address in the 1970s. But the rent board declined to consider the new evidence, and decided not to overturn the hearing officer’s decision or even send it back for another review.

This was despite the fact that Richard Illgen, an Oakland deputy city attorney who advises the board, stated at the hearing that administrative officers have in the past accepted as evidence letters that were not signed under penalty of perjury. Connie Taylor, the city’s Rent Adjustment Program manager, also noted at the hearing that Moroz arbitrarily accepted an unsworn declaration the landlord presented (the email from a city official), but rejected the similarly unsworn statement of the tenant (the former resident’s letter).

“There is no rhyme, no reasoning behind why she treated them differently,” Taylor said, according to a transcript provided by Sherman.

At the hearing, Schoonmaker also pointed to a past rent control exemption dispute in which the Oakland Rent Board ordered a new hearing specifically to allow the landlord to submit new evidence that he did not originally provide. “It seems dysfunctional to not consider clear evidence in front of them. It just seems really unfair,” Sherman told me.

In a brief phone interview, Diane Michelsen said, “The facilities were never rented as a living space prior to 1983,” adding that she and her husband did rent the property to artists to use as a studio.

“There was no one living there with our permission,” she continued. Regarding the letters from former tenants, she added: “I don’t think they are valid.”

The six board members either declined to comment on Sherman’s case or did not respond to inquiries for comment for this report. Moroz, the hearing officer, did not respond to a request for comment. Taylor declined to comment on the specifics of the case, but said that when landlords seek exemptions based on the new construction exemption, they have to prove that “it wasn’t previously used as a residential unit.”

East Bay housing lawyers, including Hess, noted that they are increasingly getting calls from tenants concerned about their landlords’ efforts to raise rents or evict them.

According to an annual report from the city, 43 landlords in Oakland requested exemption certificates in fiscal year 2012-13. The report, however, does not include data on the outcomes of these cases, and Taylor said she was unable to provide that information by press time. Of the total 355 cases resolved by the rent board during the 2012-13 fiscal year, tenants prevailed in 53 percent of them, while landlords won 47 percent.

But James Vann of the Oakland Tenants Union said that tenants only win appeals in cut-and-dried cases — for example, when landlords don’t appear or miss deadlines. Nuanced cases involving the history of a property are very difficult for tenants, he said. “The board is unfortunately very biased against tenants.”

It’s especially important, he continued, that exemption cases are fair and thorough, considering the broad and long-term impact of a ruling in the landlord’s favor. “Unless it somehow gets overturned, it means that forever that property is removed from [the rent control program] and that no tenant in that building can ever have any protection. So you have to be very, very careful when you grant an exemption.”

Vann, who is not directly involved in Sherman’s case, but sat in on the hearings, added: “They did absolutely everything wrong in that case. That was a terrible decision, and it needs to be reconsidered.”

Correction: The original version of this report incorrectly stated the percentage of rent board cases won by tenants and landlords in 2012-13. Tenants prevailed in 53 percent of cases while landlords won in 47 percent.