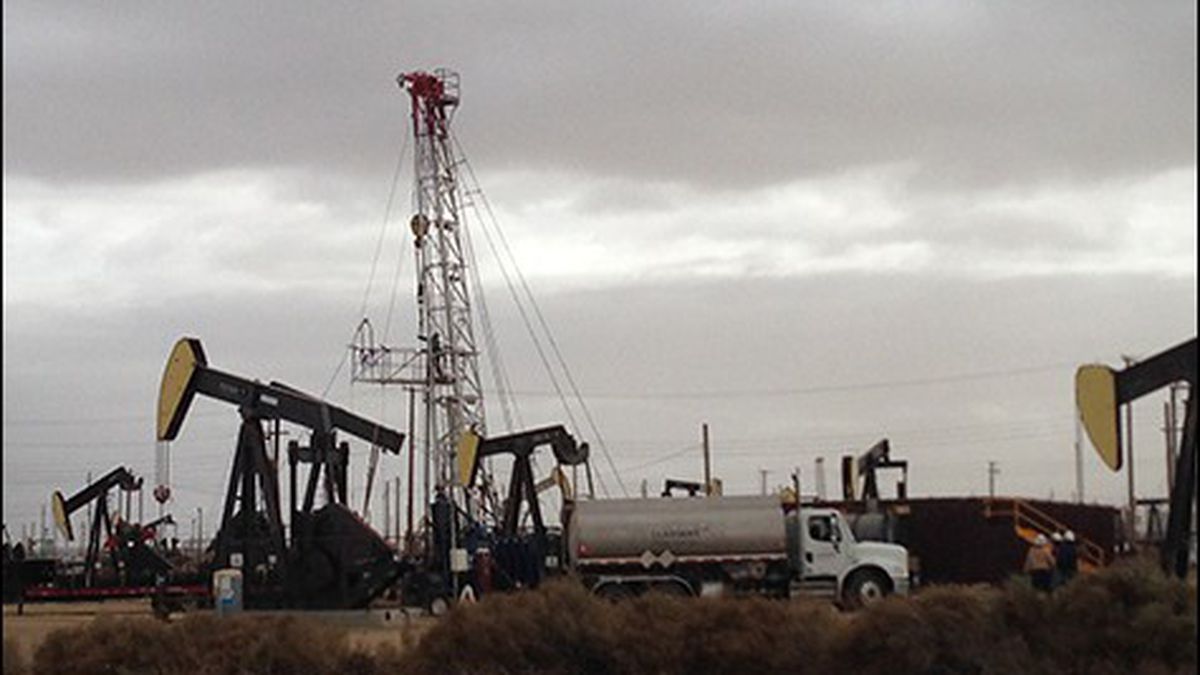 A new study connects wastewater injection wells, which have expanded rapidly during the fracking boom, to a ten-fold increase in quakes in some parts of the nation.

To date, the most serious environmental impacts related to fracking have been groundwater contamination and air pollution. Indeed, for many environmentalists, water and air pollution are reasons enough to oppose fracking and push for a ban on the oil- and natural gas-extraction method in California and throughout the nation. But there’s an emerging body of evidence that fracking, and a similar process known as acidizing, pose yet another serious threat to the earth — especially in California. They’re increasingly being linked to earthquakes.

A environmental study released last week, titled “On Shaky Ground: Fracking, Acidizing, and Increased Earthquake Risk in California,” concluded that if the state rapidly expands fracking and acidizing in order to extract oil and natural gas from the massive Monterey shale deposit in Central and Southern California, the results could be catastrophic. California, after all, is already one of the most seismically active regions in the world. “And the San Andreas Fault runs right down the middle of the Monterey Shale,” said Shaye Wolf, who co-authored the study and is the climate science director for the Center for Biological Diversity, which produced the report, along with the environmental groups Earthworks and Clean Water Action.

The earthquake threats posed by fracking and acidizing stem from the massive amounts of toxic wastewater created by the drilling methods and what oil and natural gas companies do with that water. Hydraulic fracturing involves shooting huge amounts of water and chemicals (water, chemicals, and hydrochloric acid in acidizing) deep into the earth under extremely high pressure. This so-called well-stimulation process breaks up underground shale and rock and releases trapped fossil fuels that can then be pumped out of the ground.

However, a substantial amount of highly polluted water also travels back up the fracking wells to the surface. This wastewater — known as flowback and produced water — is extremely toxic, so it’s very difficult to clean up and recycle through wastewater treatment facilities. Flowback and produced water contain heavy metals, contaminants like benzene and toluene, and radioactive materials. Some oil and gas companies funnel this polluted water into open pits or ponds. But then the toxic substances evaporate and cause air pollution.

So, instead, oil and gas companies typically drill other wells deep into the ground — even deeper than the fracking wells, sometimes up to 10,000 feet. Then they shoot the toxic water under high pressure into the wells. And it’s this process that has been strongly linked to earthquakes. In fact, states such as Oklahoma that historically have not been seismically active are now suddenly becoming earthquake centers as the amount of fracking — and wastewater — has grown quickly in recent years. Scientists increasingly are convinced that wastewater injection wells are to blame.

“The issue is that you inject underground … and that underground injection can increase pressure on rock formations,” Wolf said. “And if you’re near a fault … it can trigger an earthquake.” That’s especially true if the fault is poised to rupture or slip.

According to the study, some regions of the nation “have experienced a ten-fold increase in earthquake activity” in recent years. The worst-hit states — Oklahoma, Texas, Colorado, New Mexico, Arkansas, Ohio, and West Virginia —also have been among those that have embraced fracking and acidizing the quickest, and have experienced a rapid growth in the amount of toxic liquid injected into wastewater injection wells. In Texas, the amount of wastewater injected into disposal wells swelled from 1.9 billion gallons in 2005 to nearly 147 billion gallons in 2011.

Oklahoma, however, has been ground zero for human-made earthquakes during the fracking boom. Since 2009, the state has averaged about forty quakes a year of magnitude 3.0 or larger. By contrast, the state only averaged between one and three quakes of that size annually between 1975 and 2008. Two scientific studies also have linked wastewater injection wells with a magnitude 5.0 earthquake in Prague, near Oklahoma City, in 2011. That quake then triggered an even bigger one — 5.7 — soon after in the same area.

A major problem is that many states do not have comprehensive maps of underground fault zones. In addition, there’s a lack of quality data about faults that may be considered inactive. As a result, oil and gas companies may be drilling right into fault zones and shooting flowback and produced water into unstable rock formations without realizing it.

And while California also lacks comprehensive mapping of underground faults, one fact is clear: Much of the Monterey Shale, which oil and gas companies are planning to exploit heavily, resides within the state’s most active and potentially most dangerous fault zone: the San Andreas. It was the San Andreas that ripped the magnitude 8.9 monster quake that left San Francisco in ruins 108 years ago next month.

Last fall, Governor Jerry Brown signed legislation, SB 4, that promises to greatly expand fracking and acidizing, and thus, wastewater injection, in California. Ever since, the governor has been dogged by environmental activists who have decried his actions and have called for a ban on fracking and acidizing in the state. Last weekend, about 3,000 anti-fracking activists held a massive rally in the state capital.

The stakes are huge. The Monterey Shale contains an estimated 13.7 billion barrels of oil. And unleashing that fossil fuel through fracking or acidizing is going to require incredible amounts of water. It’s also going to produce massive amounts of flowback and produced water — about 8.6 trillion gallons’ worth, according to the report. That’s enough wastewater to fill nearly 13 million Olympic-sized swimming pools. Most if not all of that water would then be shot back deep into the earth, where it not only would be lost forever, but also could trigger the next Big One.

The Flaming Lips To Sear Thousands of Eyeballs at Harmony Fest...

Please Put One Paw Over Your Heart…