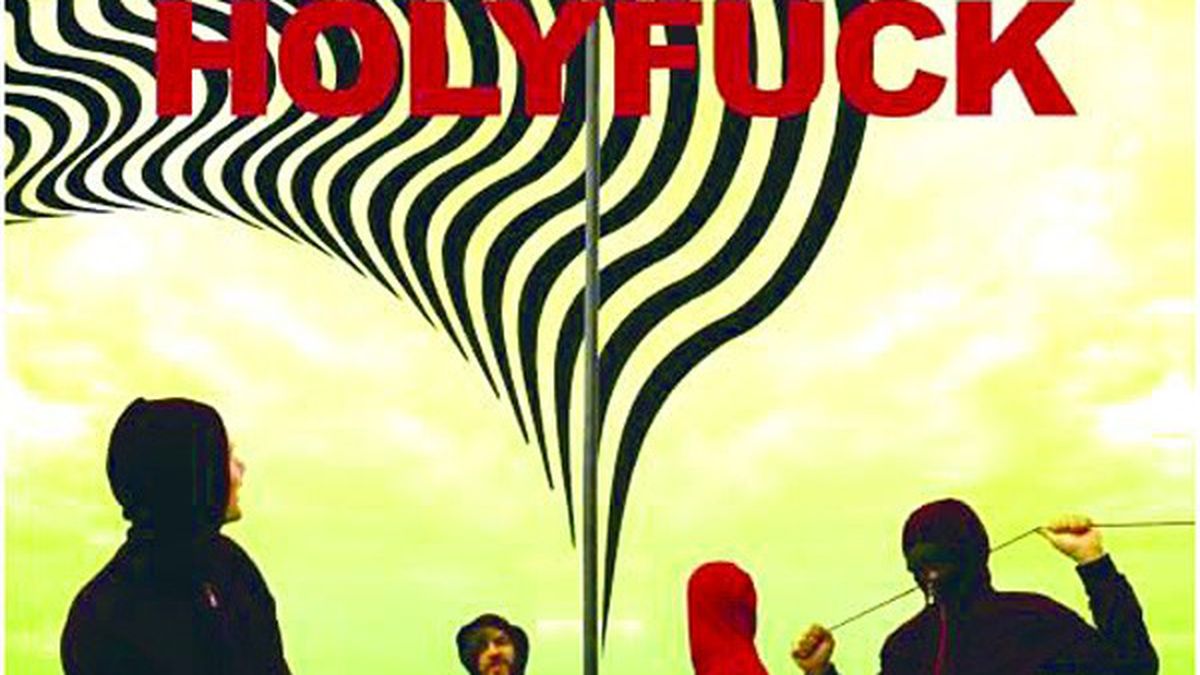 One of the more blog-hyped bands going at the moment, Holy Fuck rides a familiar concept that guarantees virtual ink and then some: electronic music without the electronics. It’s nothing new, of course — !!! and LCD Soundsystem have mined this for half a decade, putting electronic music in the hands of a band. Holy Fuck’s more dogmatic about it: no laptops and no pre-tracking or you’re off the team — and with eight members, it’s quite a team. Everything comes from effects pedals, the usual band stuff, and oddball noninstruments (revolutionary uses of film sequencers are at work here). And much of that everything is improvisation.

Well, damned if the hype system doesn’t work every now and again. These Toronto kids and their orderly lines of delay pedals have delivered an epic Krautrock throwback lit up with outsider techno (à la Trans Am) slash hipster techno (à la the aforementioned !!! and LCD Soundsystem).

The songs on Holy Fuck’s second release since its 2005 self-titled debut feel as long as Neu!’s songs were long, with nary a wisp of exhaustion. “The Pulse” is a six-minute (the longest track by over a minute) celebration of its namesake: soft-sided skips, sky-scorching psych guitar, and motorik drumming straight from the Krautrock guidebook. On the flip side, “Royal Gregory” is a nicely done rip of LCD Soundsystem’s “North American Scum”; you’re half-expecting James Murphy to pop in with it’s time to pay the rent/it’s time to get away. But, more representative are tracks like opener “Super Inuit” — supposedly recorded live on tour — full of buried-in-the-mix banshee wailing, distorted delays, and freight train-cum-roller coaster drumming, just the sort that drum machines, laptops, and sequencers don’t understand.

Noodles Pho Me in San Leandro Is a Lao-Style Pho Shop...