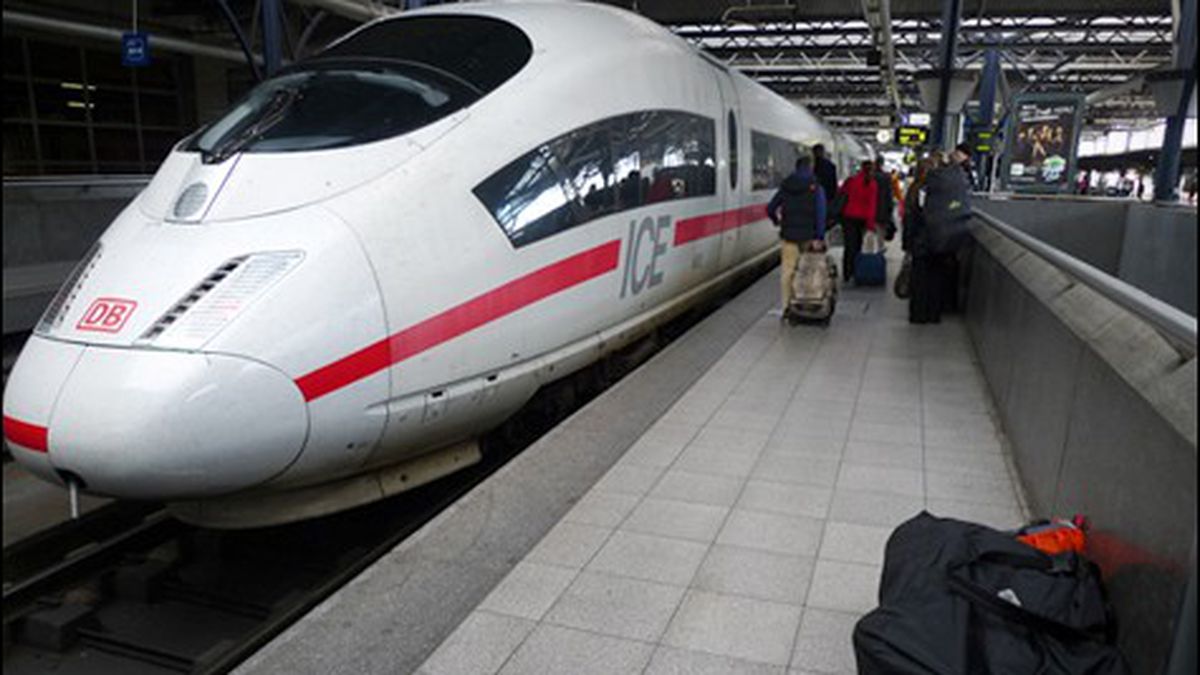 A recent UC Berkeley study shows that an efficient high-speed rail network in California will reduce pollution and greenhouse-gas emissions.

Opponents of high-speed rail contend that it’s a boondoggle because of its $68 billion pricetag. But a recent UC Berkeley study provides evidence that a California bullet train might be a good investment, particularly when it comes to reducing greenhouse gases and fighting climate change.

The study, published recently in the journal Environmental Research Letters, was the result of two years of research by UC Berkeley civil and environmental engineering professor Arpad Horvath and Mikhail Chester, professor at Arizona State University’s School of Sustainable Engineering and The Built Environment. The study analyzed the environmental sustainability of a high-speed rail network compared to flying and driving. The authors concluded that the high-speed rail system, when it’s completed, will consume less energy and emit fewer greenhouse gases and less pollution than autos or planes, even after accounting for future improvements in auto and airplane fuel efficiency and cleaner, greener technology.

“We’re not only looking at greenhouse gases, we’re also considering things like the potential for smog formation as well as human health respiratory effects,” Chester said in an interview. “What we’ve found is that high-speed rail would be a cleaner mode.”

According to the nonpartisan Public Policy Institute of California, California’s population will exceed 50 million people by 2040. That’s 16 million more people than it has today, potentially resulting in billions more car trips and traffic jams — and the resultant smog and greenhouse-gas emissions.

The researchers conducted what they called a “life-cycle assessment” of travel by automobile, airplane, and high-speed rail. The report factored in the production and use of steel, concrete, and asphalt in the construction of roadways, vehicles, and high-speed rail stations, as well as the nearly eight hundred miles of high-speed rail track. The report determined that after all the dust settles, in about twenty years, high-speed rail will have a lighter environmental footprint than its rivals — although how much lighter it will be depends on numerous factors.

According to Chester, it’s too early in the planning stage to come up with any hard and fast numbers. He says the report shows there will be a slight environmental benefit. While several competing proposals are on the table for what the system will look like once it’s completed, high-speed rail promises to be more environmentally friendly in several ways. Cars and planes, for example, run on fossil fuels, which emit greenhouse gases and other pollutants. The extraction and refining process also emits pollutants. High-speed trains, however, run on electricity, which produces no greenhouse gases at the point of use. Pollutants become an issue for high-speed rail at the power plants generating the electricity. The plants may burn fossil fuels. However, the study’s authors note that the number of renewable energy plants, which produce no greenhouse gases, will continue to grow in California as the high-speed rail system is built. Hydroelectric power produces the bulk of the electricity for the Swiss High-Speed Rail network.

In 2008, voters approved $10 billion in bonds to pay for the start-up costs of high-speed rail. Since then, the proposed project has had numerous setbacks that have threatened to derail it. The price tag also has ballooned to at least $68 billion. Republican state Senator Doug LaMalfa, whose district includes Redding, Oroville, and other parts of Northern California, has been one of the leading critics of the system and its projected cost overruns. “Costs for high-speed rail will continue to rise even as public support plummets,” LaMalfa said in a statement. “California doesn’t have the money for this project.”

One of the ways the UC Berkeley study measures the environmental impact of travel by car, airplane, and high-speed rail is by determining the level of emissions produced per passenger per vehicle kilometers traveled. Cars have the biggest footprint. A 2009 Federal Highway Administration report showed that there were about 380 billion annual vehicles per kilometer traveled in California, and this number is forecast to increase to 480 billion by 2040 absent a high-speed rail system. That’s another one hundred billion car trips in the state in the next thirty years, spewing out another one hundred billion trips’ worth of tailpipe emissions.

The UC Berkeley report’s findings indicate that efficiently planned high-speed rail gets people to their destinations with fewer emissions than driving. If the proposed high-speed train is occupied by 80 to 180 passengers on average over its lifetime, the report stated, it would result in the equivalent of greenhouse gas emissions per passenger-kilometer-traveled produced by a 35-mpg sedan carrying 2.2 people. The US Department of Energy estimates that the average vehicle in America carries 1.59 passengers per vehicle on average at any given time.

The new study’s findings track closely with research commissioned in 2009 by seven of Europe’s leading high-speed rail systems. “Generally, what you tend to see around the rest of the world is a similar pattern where high-speed rail does have a lower environmental footprint than the automobile or aircraft,” Chester said.

The UC Berkeley report adds an environmental arrow to the quiver of project supporters, many of who have been pressing Governor Jerry Brown (a big high-speed rail supporter) and the High-Speed Rail Authority to ensure that the system be cost efficient and environmentally friendly. Earlier this summer, Brown and the Democrat-controlled legislature approved $5 billion in funding to launch high-speed rail. “It is no secret that there remain outstanding questions about management of the project and its costs,” said Annie Notthoff, California Advocacy Director of the National Resources Defense Council. “We will continue working with the Brown administration to address these issues to ensure that the project meets its environmental promise without taking any shortcuts.”

The report’s authors say that the high-speed rail network must also be an attractive alternative to the roadways and the airports if it’s to have the kind of environmental benefits they envision. To get some perspective, the researchers went to Europe and Japan, where high-speed rail networks have been operating successfully for decades. Chester consulted officials at Deutsche Bahn, Germany’s high-speed rail system. They told him that European planners view high-speed rail systems as part of a unified, interconnected transportation system — not as a separate and competing transportation mode. For example, a traveler from an outlying province in Germany can use high-speed rail to connect to a flight from a big city airport. The airlines even help passengers with these arrangements. Another part of the holistic German approach is that airlines refer travelers whose flights have been cancelled to high-speed rail. “That’s an important view that California I think may choose to adopt,” Chester said. “Basically you have to think about things like the trains pulling into airports, pulling into city centers instead of stopping ten miles outside of Fresno, for example. You have to make sure there are urban infill policies around the system.”

Activists Call for Yet Another Boycott of Barnum and Bailey Circus