The city council of Hayward, a city once known as the most union-friendly in the Bay Area, unanimously voted Tuesday night to force pay cuts on nearly three hundred union clerical and maintenance workers. Members of the Service Employees International Union (SEIU) Local 1021 in Hayward have been without a contract since last April. And both sides of the growing labor dispute have not met at the bargaining table since last July. The one-year imposition of contracts by the city, which include 5 percent cuts in wages, angered union leaders and members. After the council’s vote, SEIU representatives vowed to fight the council’s action and retaliate politically against each councilmember — three of who are running for mayor this June.

“We will be putting as many resources and energy to ensuring this is reversed and that those who made the decisions are held accountable. Guaranteed,” said Pete Castelli, executive director of SEIU 1021, the same union which won contentious labor disputes last year with BART and the City of Oakland.

Under the terms of the imposed contract, the city’s clerical workers, including librarians, will see a $400-per-month reduction in pay. Maintenance workers, which include road repair and water treatment workers, are slated to have their pay drop by $325 per month. The new cuts come on top of 12 percent in cumulative givebacks that union members had agreed to since 2010, union officials said.

Castelli and other SEIU officials said the threat of rolling strikes by the union and the International Federation of Professional and Technical Engineers (IFBTE) Local 21 is “a strategy in our bag.” SEIU Local 1021 members already approved a strike last summer and staged a three-day work stoppage in August. Castelli said he would consult with membership before moving forward with a strike. IFBTE Local 21 must vote for authorization. 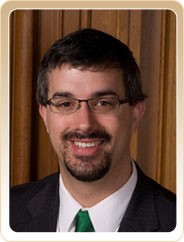 Former San Francisco Supervisor Chris Daly, who now works for SEIU Local 1021, had pointed words for Hayward councilmembers. “Each of them, now, is on my personal shit list,” said the famously outspoken Daly. Shortly after the council vote to impose, Daly rose from his seat and verbally taunted and pointed at each of the seven members. While the council meeting proceeded to its next agenda item, Daly attempted to approach the dais to have further words with two members of the council. Later, when asked in an interview what he told them, Daly said, “I wanted to make sure these councilmembers running in the election know they declared an act of war.” He then added, “I will make it my mission that none of them ever receive a labor endorsement, and, ultimately, I want to see each one of them out of office.”

The three members of the council who are running for mayor to replace Mayor Michael Sweeney, who announced his retirement last year, are Barbara Halliday, Mark Salinas, and Francisco Zermeno. Councilmember Marvin Peixoto is also running for re-election in an at-large race featuring two open seats. However, at the moment, there is a dearth of progressive candidates in the city.

Hayward’s decision to impose the wage-cutting contracts came after a report released earlier this month by a fact-finding panel, approved by both sides, that had recommended union workers receive raises of at least 4 percent over the next two years. Without cuts in wages and a reduction of its unfunded liabilities, the city has long-maintained it could be “another Vallejo or Stockton” by 2018. But the council’s decision to cut workers’ pay is surprising to many since Hayward’s has one of the highest percentage of union households in the Bay Area.

Although each councilmember described having personal roots in the labor movement, most framed their decision Tuesday night as a strategy to maintain workers’ current benefits well into the future. Others said the action was the only means available for cajoling the union back to the negotiating table. Union officials vehemently deny avoiding negotiations and instead labeled the city’s offer as “our way or the highway.”

Councilmember Al Mendall said the city’s unfunded liabilities are a threat to its workers. “If we don’t save now, we put your benefits at risk.” When he later called himself a “pro-labor Democrat,” a union member shouted out “Tea Party by night! Democrat by day!”

Halliday faulted the union for not taking into account the city’s rising costs and previous take-backs from the state. “I don’t recall the union standing up for us when the state was taking all kinds of money away from us.” She later contended that without the pay cuts, the city would not be able to afford benefits for workers in the future. “One thing I don’t want to be doing is sitting in my rocking chair years from now reading the news on my iPad,” said Halliday, “and reading about workers who are not getting their pensions and medical benefits.”

Salinas, who is an educator and a member of two teachers’ unions, said his vote Tuesday was influenced by past state cuts to community colleges. “I would like for us to come up with a deal that will protect and preserve things,” said Salinas. And Zermeno contended that even with the 5 percent cut in pay, the city is still overspending. “It’s a little crazy,” he said. “If I were to look away from this, it would be fiscally irresponsible.”

Regardless, union members were not swayed by the council’s reasoning and, instead, focused on reeling the city back to the bargaining table. “How hard is it for one of you to say, let’s get back to the table?” said Gilbert Hesia, a member of the SEIU Local 1021 negotiating team. “You not only hurt us, you hurt the community. You want a deal, get us to the table.”