Scratching without the scratch, concert speakers with heft, and a compact laptop that weighs less than two pounds. 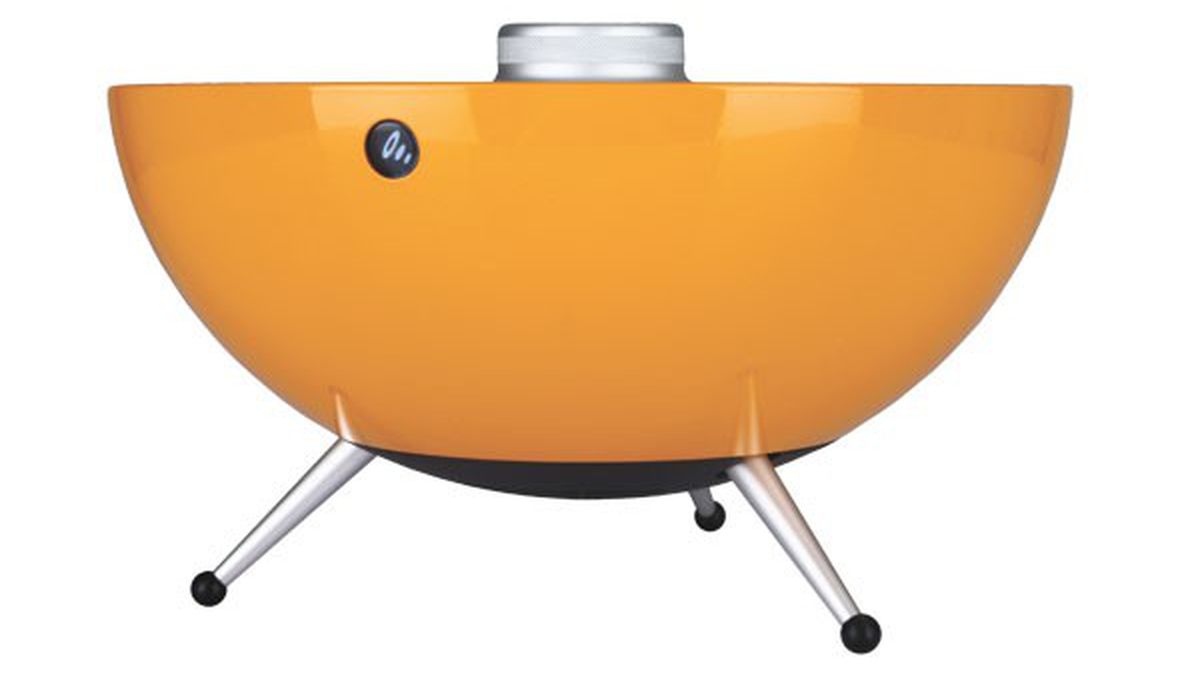 It looks like a Weber grill, but it puts out sound like a concert speaker. The Amp comes in a variety of colors and can be mounted on a wall for easy access. Scandya’s The Scandyna is sure to catch a few eyes, as you plug it in to your television, MP3 player, or home stereo. There’s a reason this thing costs $700: it sounds amazing when given proper speakers. Perhaps more striking than the Amp’s look is its simple interface. This amplifier was designed to be used for one thing only: bridging the gap between audio device and speakers. It doesn’t try to be a surround-sound coordination machine, or an all-home-network-enabled media server. It’s just an amp. It is, in fact, the Amp. (PodSpeakers.com)

For the DJ in your life there’s nothing more frustrating than the constant rate at which they must replace their needles. Those little slivers of diamond get expensive after a while. That’s why the DaScratch is perfect for the local depression-affected DJ. It’s a solid pad of touch-sensitive surfaces that can be translated into turntable movements. Plug the DaScratch into the USB port on your Mac or PC and you can treat it just like a turntable. The only real difference is that you’re scratching up a digital file, not your precious copy of the Magical Mystery Tour. DaScratch is fun for pros and amateurs alike, and it’s even cheaper than a new set of turntables with a mixing board. (EntertheSystem.com)

For the budding young director or the established journalist, the need for clear and present sound recording is always present. For movie makers, most film sound problems come from poor microphones and sound not coming from a place near the recording device. For journalists, digital recorders can be a pain in the butt if they don’t work properly, or make it tough to manage stored recordings. The Samson Zoom H2, however, solves all of these problems. It contains four microphones for perfect stereo sound capture, it uses flash cards to store recordings, and it’s face is resplendent with easy-to-understand controls. And on top of all that, it has a screw hole in the bottom so it can be attached to a boom. (SamsonTech.com)

Sure, the Wii is all the rage right now, but who has $250 to spent on a hard-to-find game console in these troubled times? For the thirtysomething hipster on your list, there’s a simple and cheap way to give them back a piece of their childhood. Pick an upcoming Sunday and head over to the Laney College flea market or your local junk sale of choice. Therein, you should be able to find an original Nintendo Entertainment System, from way back in 1986. For around $30, you should be able to find a complete set with controllers, cables, and console. Then, for a few dollars more, you can pick and choose some of your target’s old favorites, like Super Mario Brothers 3, or the Legend of Zelda. Anyone who grew up in the ’80s would likely appreciate this aged gaming system a lot more than a new dress shirt or pair of slacks. (Nintendo.com)

This has been the year of the subcompact laptop, also known as the NetBook. These devices have small dimensions, low price tags, and no DVD drives. Many of them come with Linux pre-installed, lowering the cost of ownership even further. For people who are evaluating the EE PC, the One Laptop Per Child, and the many other offerings, the Acer Aspire One is really the best of all worlds: it’s lighter than the offerings from HP; its keyboard is just right for adult fingers, unlike the EE or the OLPC; and the Acer adds that extra bit of flair that makes this laptop a real looker in public. You’ll get lots of curious questions, and most folks will want to hold it, just to prove to themselves that a laptop can really weigh less than two pounds. (Acer.com/aspireone/)