A food justice organization has accused a restaurant owner of gentrifying North Oakland. She says she's being bullied — by her own subtenant. 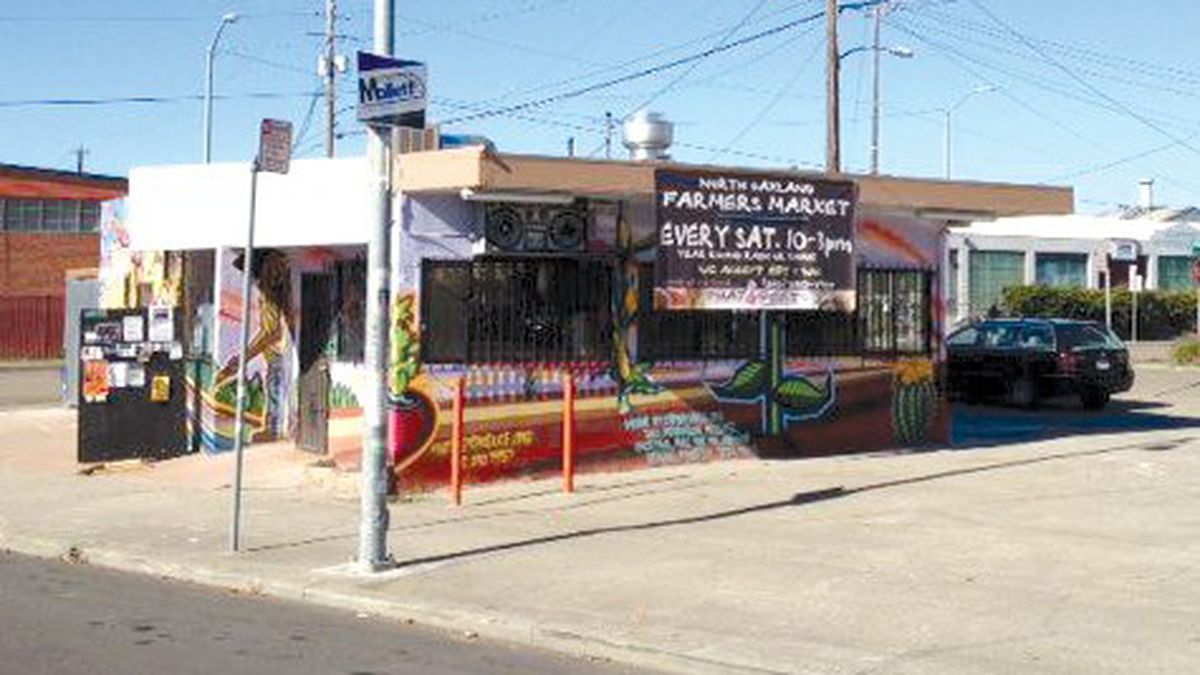 Lizzy Boelter says when she opened Grease Box (942 Stanford Avenue), one of the things she was most excited about was the potential for collaboration with Phat Beets Produce, the other tenant in the North Oakland building that housed her new gluten-free restaurant. After all, Phat Beets hosted a popular farmers’ market in the property’s parking lot. The food justice collective had been widely acclaimed for its work supporting small farmers and farmers of color. It had even started a promising kitchen incubator program in the very building it now shared with Grease Box.

Boelter told What the Fork she was down with all of that. “Nothing is more exciting than having a restaurant connected to a farmers’ market — especially because they’re working with farmers of color,” she said.

Now, less than two months later, Phat Beets has accused Boelter of displacing its programs and pushing out low-income Oakland residents, many of them people of color. According to a statement published on the organization’s website, Phat Beets sees Grease Box as “part of the ongoing process of gentrification — where historic Oakland residents lose houses, jobs, and opportunities to newer, wealthier incoming residents with greater access to resources.”

Even more strikingly, Boelter alleges that Phat Beets members have been waging an active campaign against her business, confronting her customers and urging them to boycott the restaurant. On at least two occasions, Boelter said, a member of the collective has been verbally aggressive toward either her or a member of her staff to the point that they felt threatened — enough so that she filed a police report after one of those incidents.

Needless to say, the honeymoon period — if it ever existed — is officially over.

To place this conflict in its proper context, one needs to understand the rise and fall of the Crossroads Cafe Collective, which previously occupied the disputed space in a partnership with Phat Beets. As reported by What the Fork last year, the arrangement seemed ideal: In a neighborhood with few fresh food options, the members of the small, six-member collective would open a healthy foods cafe in this previously abandoned building. There would be a kitchen incubator program, too — spearheaded by Phat Beets — which would allow low-income Oakland residents to start their own food businesses at a steeply discounted rate. Meanwhile, Phat Beets would have a beautiful new home for its North Oakland farmers’ market and a space to hold workshops on healthy eating and various food justice issues.

But according to Michele Lee, one of the collective’s founding members, the operation began bleeding money almost right from the start. Lee acknowledged that Phat Beets always paid its share of the rent on time and was instrumental to the success of the collective’s initial IndieGoGo fundraising campaign. But she said there were hundreds of dollars in overrun expenses every month — for utilities, maintenance, and so forth — and none of the other collective members, including Phat Beets, were willing to contribute much to cover them.

As Lee put it, “Everybody wanted to have the party, but no one wanted to do the work.”

Lee said she was left in an unenviable position, then. Only two collective members had been willing to put their names on the five-year lease, and a few months after the cafe opened, she was the only remaining leaseholder who was still an active member, she said. If the collective defaulted on the lease, it was her name that was on the line. The final straw that broke the camel’s back, as Lee put it, took place in April when two collective members suddenly decided to pull out. Faced with more than $1,000 in overrun expenses and a $400 PG&E bill, Lee eventually decided to post a Craigslist ad, which eventually led to the deal she struck with Boelter: Lee would still be the leaseholder, but Boelter would assume all responsibility for the space. Phat Beets, for all intents and purposes, would be Boelter’s subtenant.

Regarding the food justice organization’s campaign against Boelter, Lee said, “It’s madness. I’ve never seen anything like it.” Boelter isn’t kicking anyone out, she said: “No, Lizzy’s coming in and saving our asses.”

What exactly has this “madness” entailed? Boelter and Phat Beets collective members both acknowledged that problems started almost immediately. Phat Beets member Toveo Hill said there’s been a “bad vibe” ever since Grease Box moved in — that he has, in meetings with Boelter, felt like she is “not willing to meet [Phat Beets] in the middle for anything.”

One of the points of contention has been Boelter’s insistence that all food preparation in the restaurant’s kitchen now has to be gluten-free. Boelter is running a gluten-free restaurant, and, as a sufferer of celiac disease, the presence of gluten in the kitchen could have serious health consequences for her and her customers. But Boelter said Phat Beets has been unwilling to ask its vendors, many of whom prepare traditional international foods, to adapt their recipes.

The bigger issue is that the kitchen incubator program has been shut down — kicked out and “displaced” by Boelter, according to Phat Beets’ statement. But Boelter said the reason she couldn’t allow the incubator program to continue was simple: An Alameda County health inspector ruled that the restaurant wasn’t properly licensed to be a commercial kitchen.

The upshot of all this is that Boelter is stuck with a subtenant she believes is actively working to sabotage her business. In response, Phat Beets member Josh Cadji said, “We do not publicly advocate for a boycott of GreaseBox, nor have we discouraged farmers’ market customers from shopping at Grease Box. We have only asked that they support Phat Beets and our vendors.”

But Ha Lim Park, a cashier at Grease Box, said she watched one collective member follow two customers into the restaurant and quietly tell them that they shouldn’t eat there. And Katie Carson, the restaurant’s general manager, described an incident in which she said a collective member stepped between her and a customer and said, loudly, “We’re boycotting this establishment. They are gentrifying this neighborhood and displacing our collective.” When Carson intervened, she said that he proceeded to yell at her, saying things like, “This whole menu is ridiculous for this neighborhood.” On another occasion, Boelter said that two collective members camped out in the cafe all day. At one point, she said, one of them came into the kitchen and yelled at her, saying, “I have a right to be here. I’m going to walk through this kitchen whenever I want.” Boelter said she was shaken up enough by the incident that she called the police.

Cadji flatly denied these allegations. “We have not in any way been violent or threatening toward Lizzy or any of the Grease Box staff, whether physically or verbally,” he said. Moreover, Cadji stood by his group’s use of the “g” word. “Historic residents of color were pushed out of the space by a new, more affluent business,” he said. “That’s displacement, and that’s gentrification, which Phat Beets is against because it undermines food justice and economic justice.”

One of the ironies of the situation is that under another set of circumstances, Boelter and Phat Beets might be natural allies. Boelter, a North Oakland resident, considers herself nothing if not a progressive and said she even applied to be a vendor at the Crossroads Cafe in its early days. “I don’t think you can call someone who lives in a neighborhood and opens a business in that neighborhood a gentrifier,” Boelter said, stressing that she’s not rich.

Boelter expressed hope that she’ll somehow be able to end this standoff with Phat Beets, perhaps by seeking outside mediation. Both she and Lee affirmed, however, that if that doesn’t happen, Phat Beets’ sublease won’t be renewed when it expires in January. If that happens, Phat Beets will, indeed, need to find a new space for its Saturday farmers’ market and other programs. The food justice organization has, for its part, made its position clear. A post on the Phat Beets website, in a bolded and italicized font, stated, “We are not associated, nor do we partner, with Grease Box.”

Despite the ongoing conflict, Boelter said she still buys the vast majority of her produce from vendors at the Phat Beets farmers’ market. “I know they say they’re not associated with me,” she said. “But I still support them.”