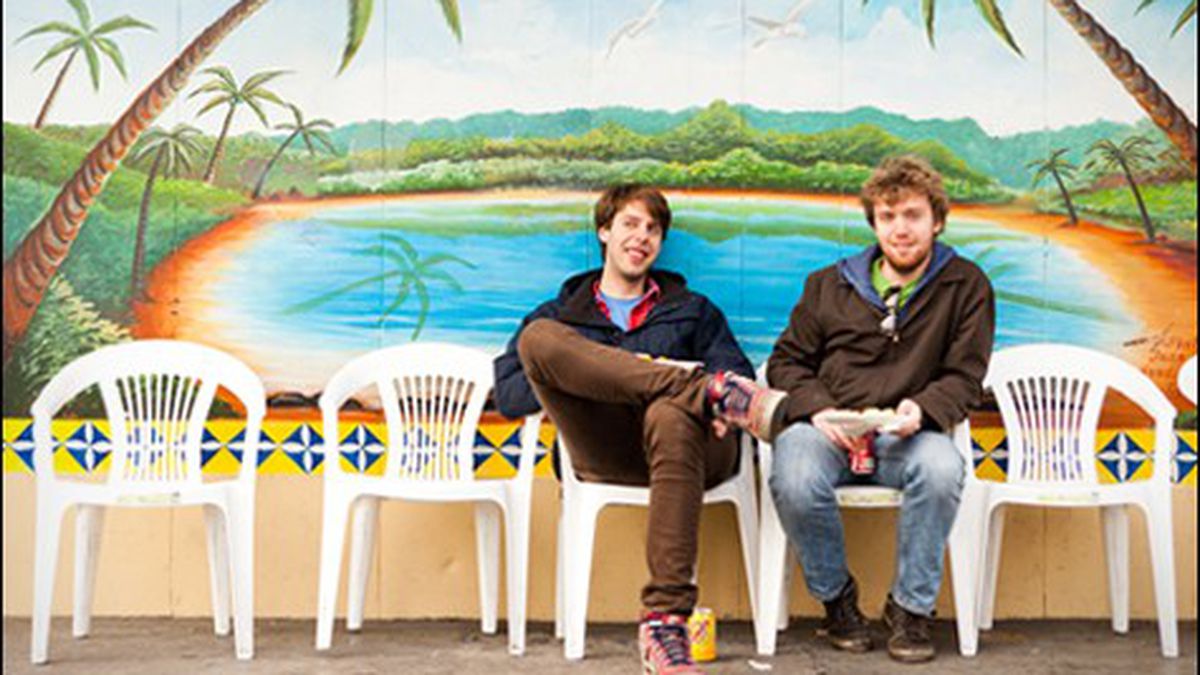 When the weekend arrives, UC Berkeley physics major Laura Driscoll doesn’t hang around campus. But she doesn’t go to San Francisco, either. Like an increasing number of her peers, Driscoll hops on BART and heads to an unlikely destination — Oakland’s Fruitvale district.

The heavily Latino- and Asian-populated area of East Oakland is known for its plethora of taco trucks and thrift stores, but it’s never earned the hipster cachet of that other Latino neighborhood across the bay. Among some Cal students, however, Fruitvale appears to be the new hot spot.

“It’s awesome!” enthused Driscoll, who said she started going to Fruitvale two years ago to sample different taco trucks, buy ethnic decor for her dorm room, and buy marinated meats from grocery store Mi Pueblo Food Center. “Too many times people get trapped in this Berkeley bubble and don’t take advantage of all the cool things offered in the Bay Area. Personally, I think that everyone should go to places like Fruitvale as often as they get a chance. There are really good tacos here.”

On a recent Saturday, about a half-dozen Cal students ventured to Fruitvale — mostly for cheap food. Among them was Fruitvale virgin and English major Bennett Rankin, who had heard by word of mouth how great trips to Fruitvale were. “I am so hungry,” he said while on BART. “I prepared for this event by not eating breakfast so I could eat more food here.”

Many of the students drawn to Fruitvale are from Southern California, and say the area helps cure their homesickness. Landscape architecture major Mckenna Cole says she shops at the Mi Pueblo market on High Street because it reminds her of the Vallarta Supermarkets near her home in Los Angeles. “There are probably about five markets just like this around my parents’ house,” she said. “It feels really nice to be able to walk in and get the same vibe as home.”

UC Berkeley senior Sandra Khalifa said she thinks her fellow students are interested in Fruitvale because of Mexican food. “Being from Southern California, I sympathize with any attempts to find good Mexican food in the Bay Area,” she said.

Indeed, food was on the minds of most of the students. Travelling up and down International Boulevard, the group of six — some of whom had been introduced to Fruitvale by East Bay Bicycle Coalition-sponsored taco truck rides — sampled al pastor and carne asada from Mi Grullense, at International and 30th Avenue, and Casa Jimenez, at International and High Street, where tacos are as cheap as $1.

For some, however, Fruitvale is viewed as the sort of exotic locale that is nonexistent in Berkeley. “It’s like why people go out of their way to see Chinatown,” said Khalifa, who was not on the trip to Fruitvale. “It’s kind of a cultural novelty. People are interested in what’s different.”

Recent Berkeley grad Michael Waldrep agreed. He said traveling to Fruitvale gives him an excuse to explore parts of Oakland unknown to him. “Mexican food drew me to Fruitvale, but more to the point, I like Critical Mass-type bike rides, and I really like going to neighborhoods and places that I haven’t been to before,” he said. “Much of Oakland, at least Oakland east of Lake Merritt, falls into that category, and it’s something that I am [trying] to rectify.”

After scarfing down a couple of tacos at one truck, the group made their way east on International, stopping along the way to window-shop for shoes, beaded dresses, and even a litter of puppies for sale on the sidewalk. “They were only two hundred dollars each. We should probably get one,” joked Rankin.

At dusk, the group topped off their day with dulce de leche-filled churros and headed back to BART. Unlike the Mission, Fruitvale so far appears to only be a daytime destination for students and isn’t yet compelling young white urbanites to move there en masse. “I am absolutely an outsider in the neighborhood, as I not only don’t live even in the same city, but also, simply stated, the idea of me living nearby is relatively implausible,” said Waldrep. “There are no jobs in the area that I’ve ever seen advertised to me, [and] I have no friends that live nearby.”

“Hipsters and the Mission now go hand in hand, but Fruitvale isn’t like that yet,” added Cole. “I don’t think anyone I know would move here just because they had a fun day.”