In her new book, Grunt, the Oakland writer reveals the science within war. 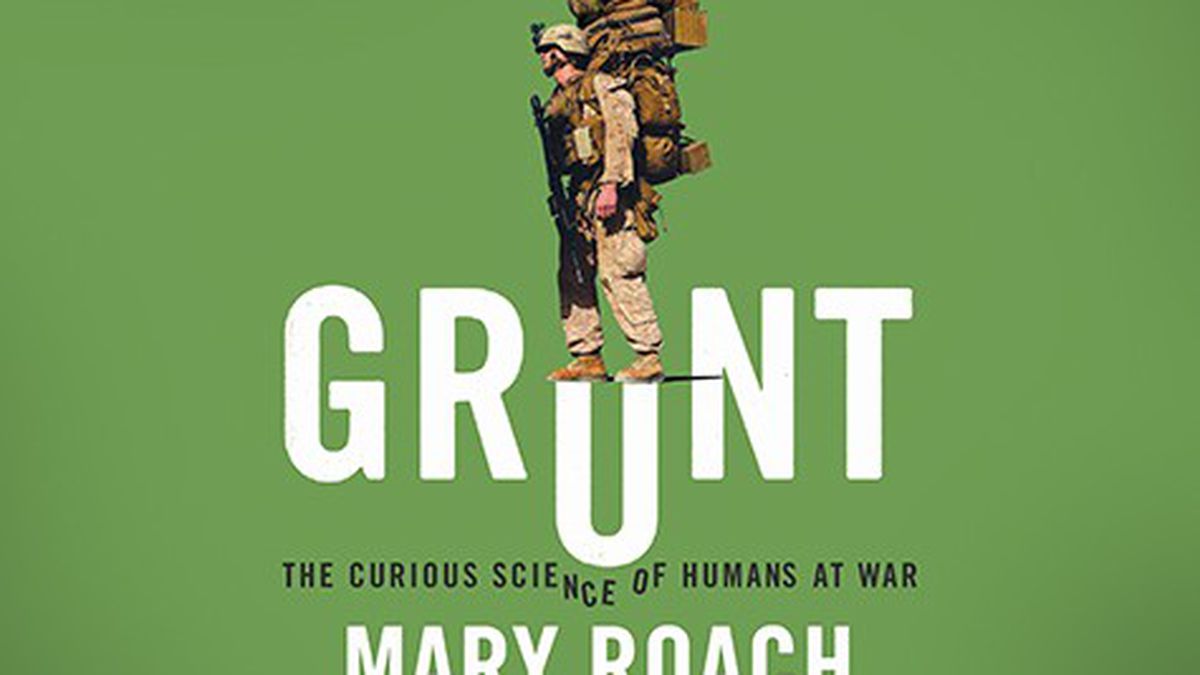 Stink bombs, it turns out, are not merely weapons made for high school hallways. As science writer Mary Roach documents in her new book, Grunt: The Curious Science of Humans at War, the U.S. Department of Defense has invested considerable time and money into developing “the world’s most objectionable smell.” During World War II, the OSS, America’s then espionage agency, along with help from weapons developers at the National Defense Research Committee, spent two years working on a stench with the cover name “Who, Me?” The plan was to distribute the smelly substance “among Chinese resistance elements for the purpose of humiliating Japanese officers,” writes Roach. In other words, it was to leave a high stakes game of “he who smelt it dealt it” in its rancid wake.

Five hundred tubes of Who, Me? were produced, but none were deployed. As Roach writes, “… the National Defense Research Committee had been working on a far more lasting and penetrative weapon against the Japanese.” The atomic bomb made it to the battlefield first.

While the horrors of war are undeniably present throughout Grunt, the book is decidedly not about military science in the way one might expect. It is not a book about strategy and bombs, about war writ large. A self-described “goober … stumbling into corners and crannies,” Roach prefers to seek out life’s quirkier edges. In Grunt, as in her other nonfiction books, which include Stiff: The Curious Lives of Human Cadavers, Gulp: Adventures on the Alimentary Canal (“the much-maligned tube from mouth to rear”), and Bonk: The Curious Coupling of Science and Sex, she focuses on research that often goes unheralded. Frequently, this places her in close quarters with viscera that most prefer to experience vicariously, like watching doctors practice a penis transplant (the topic of the book’s seventh chapter).

Roach first became interested in exploring the military’s geeky side while in India working on an article about the world’s hottest chili pepper, Bhut Jolokia, which the Indian Ministry of Defense had used to create a potent pepper spray grenade. While visiting a defense ministry lab, Roach realized that military science was “broader and more esoteric” than she had first thought. “When people write about war, it tends to be memoir or high-drama combat situations,” said Roach in a recent phone conversation. “This other world doesn’t get covered very much.”

In pursuit of those less-reported stories, the Oakland-based author watched army researchers at the Aberdeen Proving Ground in Maryland place cadavers in a Stryker infantry carrier and then detonate a bomb below it. (The end goal was to design combat vehicles that can withstand such a blast and keep everyone inside alive.) She flew to a U.S. military base in Djibouti to talk with Captain Mark Riddle, who, as Roach describes in a chapter titled “Leaky SEALs,” is studying treatments for diarrhea. And she met with people like George Peck, a filth fly expert at the Walter Reed Army Institute of Research.

“He’s the guy who raised the clutch of maggots for me,” Roach said. Military medics dating back before the Civil War have used the squirmy larvae to clean dirty and necrotic wounds. Peck has been figuring out how to use maggots’ healing mandibles on IED injuries, which are especially prone to infection because the soil is blown up into the wound. “You can’t really imagine people like George Peck,” said Roach. “He spoke with a tremendous awe about these creatures that cause revulsion in everybody else.” Not surprisingly, some people were resistant to Peck’s maggot plan, and his funding was not renewed.

But those voracious little white knights and the man who championed them sum up much of what the book is about — the military’s unexpected heroes. As Roach states in the book’s introduction, “Sometimes courage is nothing more than a willingness to think differently than those around you. In a culture of conformity, that’s braver than it sounds.”

“You can be heroic in small ways,” said Roach. “Even somebody who donates their cadaver to a project to make vehicles safer when they drive over an IED. A lot of people would be like, ‘Oh, I don’t want to do that.’ Other people are like, ‘You know what, if I can make these vehicles safer by donating my remains, I’d like to do that.’ That’s a small act of heroism.”

Roach’s own assumptions about the military were challenged during her reporting as well. “I think in the Bay Area we have a tendency to be a little knee jerk about the military. Certainly some aspects of it deserve that, but others don’t. … I lost that generic black and white, ‘Ooh. Military. Evil.’ That fell away. I’m still not a fan of war, but I am a fan of some of the surgeons and scientists that I met.” While it’s hard not to wonder what the world would be like if the ingenuity on display in Grunt went toward solving climate change or curing cancer, it is fascinating to follow Roach into the foxhole.

Previous ArticleDid the Express Get its Rent-Control Reform Ballot Measure Story Wrong? Hell No. Here’s Why …