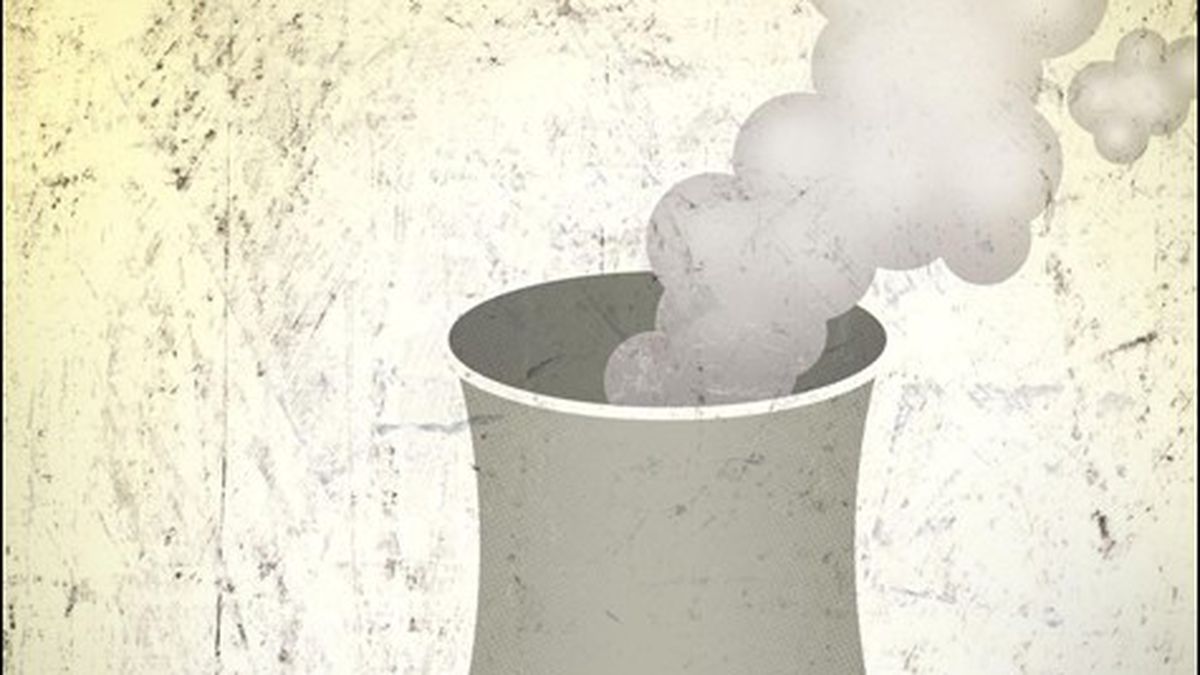 Opponents of a giant new fossil-fuel facility proposed for Hayward note that even the manufacturer won't stand behind the operator's low pollution estimates.

If energy giant Calpine Corporation has its way, the East Bay will soon be home to one of the largest new fossil-fuel power plants on the West Coast. The 600-megawatt natural-gas-fired facility planned for the Hayward shoreline will be fourteen stories tall and will produce a plume that can reach up to 1,000 feet in the air. The so-called Russell City Energy Center also would become the second-biggest polluter among East Bay power plants and the sixth-largest polluter overall. And that has prompted nearby Chabot Community College to mount a legal campaign to stop the plant from being built.

The Chabot-Las Positas Community College District is united in its opposition to the power plant, because it will be just 1.35 miles from the Chabot campus. The district’s board of trustees is fighting against it. So are student groups, the faculty association, and employee unions. They note that Alameda County already has high levels of air pollution, particularly in Hayward west of Interstate 880. “We view this as environmental racism since the plant would be affecting the disadvantaged and minority groups who live in the area as well,” said Chabot Faculty Association President Charlotte Lofftus.

The Sierra Club and other environmental groups also oppose the new power plant. However, the City of Hayward endorsed it after Calpine agreed to pay $10 million in subsidies. Last month, the East Bay Regional Park District, which owns and operates the Hayward Regional Shoreline next to the proposed power plant, also quietly agreed to not oppose the facility in exchange for 26 acres of land and $575,000. “The Hayward shoreline is spectacularly beautiful, but the East Bay Regional Park District decided to take the money and run,” said Jewell Hargleroad, an attorney representing Chabot College.

The college district filed an appeal with the US Environmental Protection Agency after the Bay Area Air Quality Management District awarded Calpine a permit for the power plant in February. Oral arguments on the appeal are scheduled for July 22 at the EPA’s Environmental Appeals Board in Washington, DC.

During the permitting process, the district and Calpine decided that the plant would emit no more than 7.5 pounds of particulate matter per hour. At that rate, the plant would be in compliance with federal air-pollution laws. However, Calpine’s own turbine manufacturer — Siemens Westinghouse Power Corporation — says that 7.5 pounds per hour is unrealistic for the equipment at the plant.

Siemens will only guarantee emissions of nine pounds of particulate matter per hour. And at that emission rate, the plant would belch too much pollution for that location, be in violation of the Clean Air Act, and not be eligible for the permit needed to open. “Other power plant owners also looked at the proposal and said; ‘You can’t do 7.5; it’s unrealistic,'” Hargleroad noted. “These are people in the industry.”

Chabot also contends that the air district arbitrarily decided to exclude pollution generated from nearby freeways and roads when determining health impacts. On average, about 500,000 vehicles pass through the intersection of I-880 and Winton Road. On nearby Highway 92, it’s about 214,000 vehicles a day. There’s also heavy traffic on Hesperian Boulevard, which runs in front of Chabot College. However, the air district chose to just include a section of Highway 92 in its pollution modeling — even though both the county health department and the district itself already consider area residents to suffer from a disproportionate number of health problems due to air pollution.

Alexander Crockett, an air district attorney who is handling the appeal, noted in an interview that the district explained in court documents that it decided to exclude the freeway pollution because the law only requires it to account for sources closer to the power plant. He said tests showed pollution from the Nimitz dissipates to legally insignificant levels by the time it reaches the neighborhood adjacent to the proposed plant.

Crockett also said the district’s testing showed that 7.5 pounds of particulate matter per hour was doable for the Calpine facility, which will use state-of-the art equipment. District modeling, he said, revealed that the plant can meet the 7.5-pound standard 95 percent of the time. In addition, he said the district will order independent monitoring of the facility to make sure it lives up to the cap. Crockett, however, acknowledged that the monitoring will only occur during a total of three hours each year during announced visits to the plant — a standard the college contends is inadequate.

As for Calpine, Senior Vice President John Ronan downplayed the significance of Siemens’ refusal to guarantee that its equipment will meet the 7.5 pounds-per-hour standard. He said it’s a legal-liability issue. Manufacturers are afraid they will be sued if they guarantee their equipment will live up to such strict standards but then fail to do so, he said. “We would not agree to that standard, and the air district would not issue a permit to us if it was not doable,” he added.

There’s no guarantee that Chabot’s appeal will get anywhere with the EPA appeals board. Both Calpine and the air district argued that federal regulations don’t require the district to conduct hourly testing prior to issuing Calpine’s permit — thereby making the argument over the standard moot. In fact, both Calpine and the air district contend that Chabot’s case should be dismissed on that issue.

What’s left unsaid in the case is whether the plant is even necessary. Calpine proposed the plant during the 2001 California energy crisis when regulators were convinced that the state needed more plants. However, once the Enron scandal revealed that many of the energy shortages at the beginning of the last decade were bogus, the drive to build more fossil-fuel power plants lost steam.

In fact, PG&E, which is contracted to buy the energy produced in Hayward, doesn’t need more natural-gas-fired-produced electricity. As previously reported by this newspaper, Pacific Gas and Electric Company already plans to build two more natural gas plants in Contra Costa County even though its renewable energy portfolio has diminished in recent years and the utility is nowhere close to meeting the state standard of 20 percent renewables in 2010 (see “PG&E Wants More Fossil Fuels,” Eco Watch, 11/18/2009).

Moreover, the energy to be produced won’t even benefit the East Bay. PG&E plans to ship it to San Francisco and San Mateo counties. But the utility will first have to spend huge sums upgrading its transmission lines that cross the bay to accommodate all the power generated by the giant new Hayward facility.