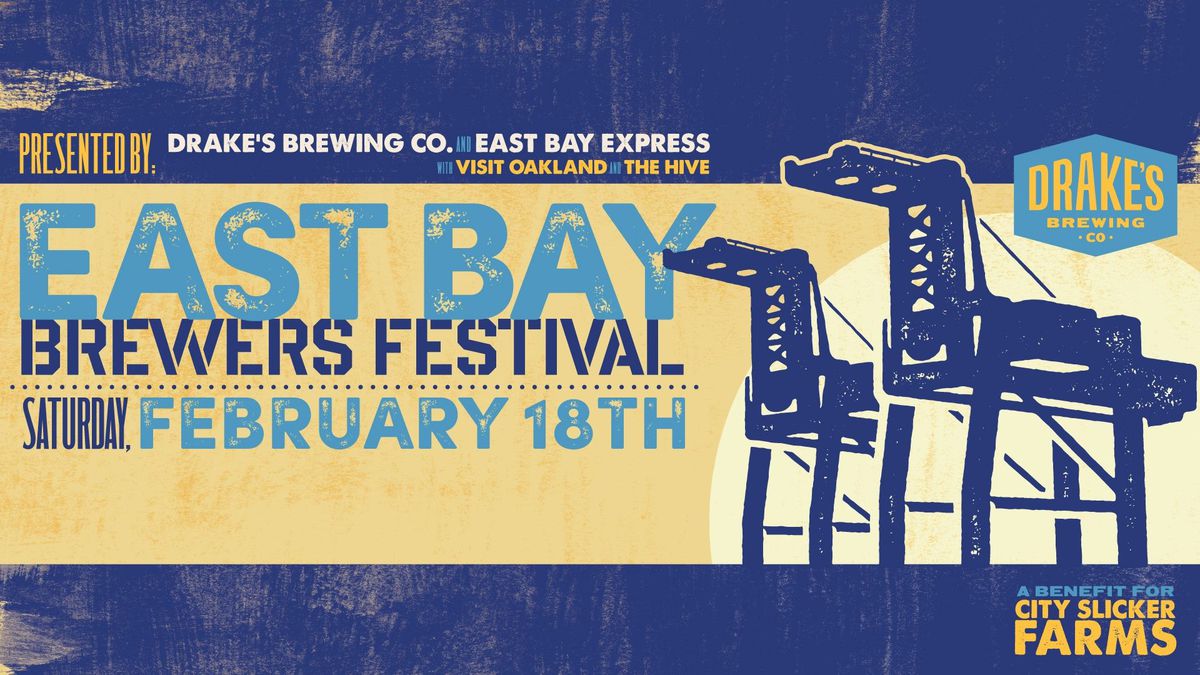 by Nick Miller
Jan 11, 2017
San Francisco Beer Week is nigh — and, this year, our side of the Bay Bridge is getting in on the action with the first-ever East Bay Brewers Festival.

On Saturday, February 18, in Oakland, host Drakes Brewing Co. (at its Dealership location) and 25 East Bay breweries will pour at inaugural gathering. And — very cool — each of these breweries will bring a special event-only beer to the fest.

There will be food, deejays, and the proceeds benefit City Slicker Farms. Tickets are just $30 and include ten pours, and tickets will also be on sale the day of at the event. Learn more on Facebook and purchase tickets at EventBrite.
Facebook
Twitter
Linkedin
Previous articleSunday Supper for the Ecology Center At Chez Panisse
Next articleTrumping Science: Bay Area Experts on How Trump Will Impact Climate Change Policy and Research
18,644FansLike
0FollowersFollow
67,429FollowersFollow