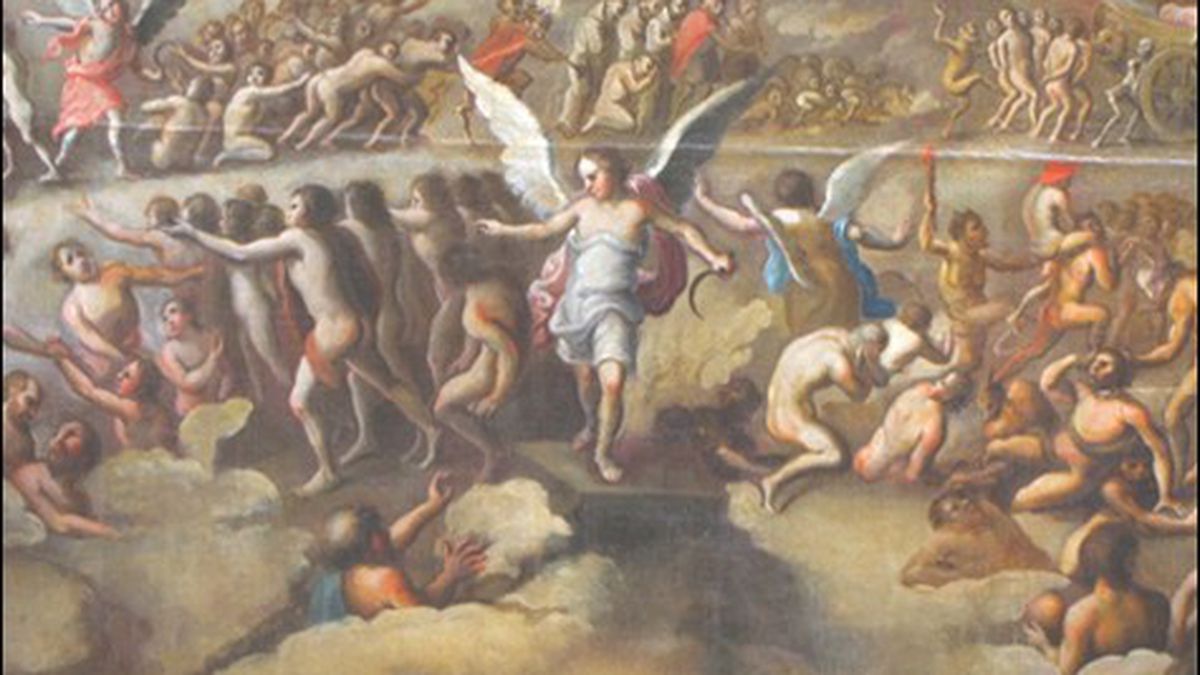 Art from the missions provides food for thought.

The story of how the west was won has changed considerably since 1950s cowboy movies refought World War II in buckskin, inevitably concluding with bad men dying clean and good (as if stricken by narcolepsy), leaving quiet towns “fit for decent people” like the audience’s capitalist white Protestants. America’s multicultural diversity in recent years has led to a re-evaluation of the old myths; the civilizing, Christianizing mission of Europeans in the heathen, savage New World is now seen as rhetorical cover for a colossal, four-century-long land-and-labor grab. (Alas, our gringo wise men succumbed to millennial madness, faith-based reality, and resource wars. Meet the New World — same as the Old World.)

The curators of Splendors of Faith/Scars of Conquest: Arts of the Missions of Northern New Spain, 1600-1821, Clara Bargellini and Michael K. Komanecky, are honest about colonialism and Catholicism’s mixed legacy in Mexico and what became after 1848 the American Southwest, as the title of the show and the thoughtful essays in their catalog reveal. In 1493, a year after Columbus happened on the Bahamas, the Pope granted to Spain’s Ferdinand and Isabella the rights to proselytize in the New World. A century later, Franciscan and Jesuit priests began to establish missions and mission towns (called reducciones, reductions) that would save souls and train the neophyte converts in a settled, productive Europeanized way of life. Talk about Clash of Civilizations! Author David Weber contrasts the worldview of the nomadic, hunter/gatherer natives — “The whole world was sacred space, clouds, trees, stones, lakes, and animals” — with the Europeans’ — the Indians live, writes one missionary, “like cattle, without God, without law, without faith, without Princes, [and] without houses.” According to Weber, “fear and force” underlay the colonial adventure, with the Indians, according to one sympathetic Spanish commander, subjected to “continuous work, nakedness, hunger, lack of liberty, and bad treatment,” erupting into revolt every decade or so (the most famous example being Popé’s Pueblo Revolt of 1680), only to be suppressed by the unholy trinity named by anthropologist Jared Diamond: guns, germs, and steel.

As somber and unsavory as this history is, however, the 110 artifacts in this show, which originated in Mexico and is now in its final venue, are stunners, artistically and historically. Many are beautifully restored, and due to their fragility, probably never to be shown together again: maps, grammars, catechisms, liturgical objects (chalices, chasubles, maniples), baskets, and icons of all types — painted, sculpted, and woven. More about this high-fiber show coming next week. Splendors of Faith/Scars of Conquest runs through May 29 at the Oakland Museum of California (1000 Oak St, Oakland). 510-238-2200 or Museumca.org