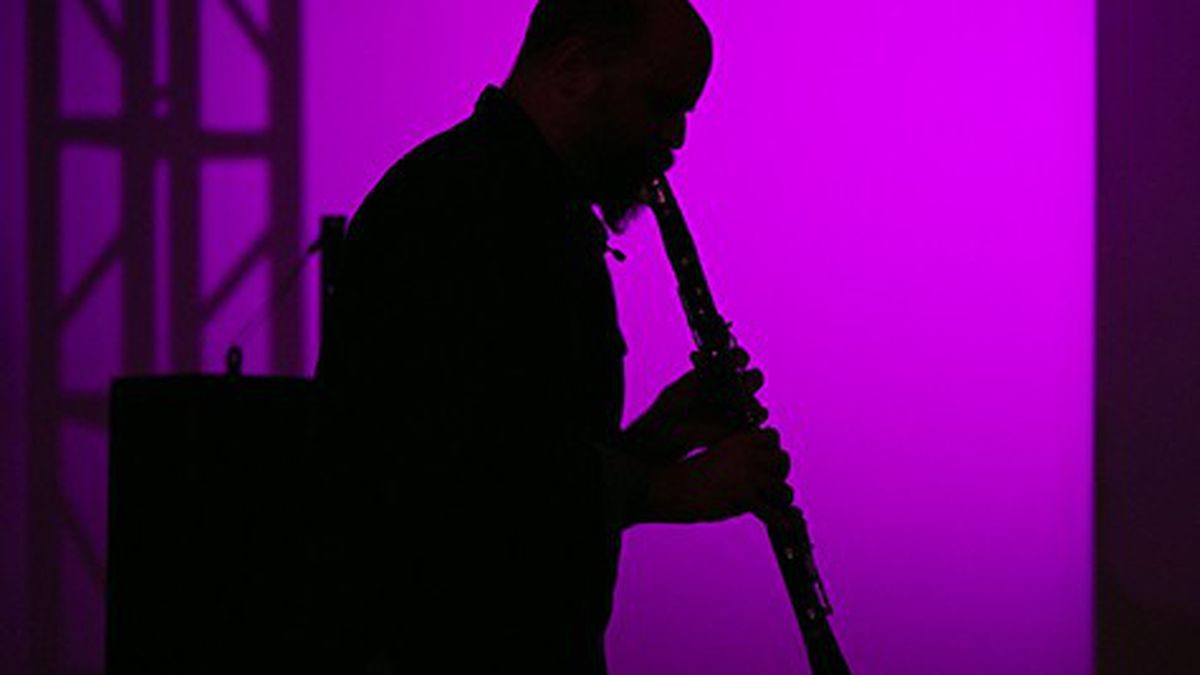 In December, the Berkeley Art Museum bid adieu to its longtime digs at 2626 Bancroft Way with a realization of Poème symphonique, Gyorgy Ligeti’s Fluxus-inspired 1962 composition. It begins with one hundred pendulum metronomes ticking in and out of phase and ends when the final timekeeper peters out. The crowd’s chatter swelled throughout, reflected every which way by the angular concrete surfaces until the last stubborn metronome stilled. It was a melancholy eulogy to Berkeley’s imposing Brutalist structure, an apt tribute to past performances by countless celebrated artists. The decelerating beats evoked a flattening mechanical pulse.

Just a month before, avant-garde luminary Pauline Oliveros sat in the cavernous central gallery and explained to me how the building itself became an element of her score for a site-specific commission. Musicians frequently responded to Mario Ciampi’s design like that. Its claw-like cantilevered decks chaotically refracted sound and defied attempts to conventionally orient performers and their audience. Oliveros, in lieu of instructing her collaborators on the work, asked them, “Are you reflecting?”

Earlier this year, Zackery Belanger and Jacqueline Gordon arrived at 2626 Bancroft Way, by then vacated, to document its vexing and intriguing acoustic character. Belanger and Gordon met at the Experimental Media and Performing Arts Center in Troy, New York, where they bonded over a mutual fascination with Ciampi’s structure. Gordon, a sound artist, saw Terry Riley perform at BAM in 2008 and never forgot it. Belanger, an acoustician, regarded 2626 Bancroft as a singular specimen. Motivated by the still-unconfirmed prospect of its demolition (the building is seismically vulnerable and leaky), Belanger and Gordon decided to conduct what they called an “acoustic deconstruction.“

The idea, Belanger explained recently, was to “excite the room” and capture its behavior. With help, the two placed a dodecahedron loudspeaker in the center of the space, which emitted sine-sweeps, or sounds composed of every tone perceptible to the human ear, which were recorded by an array of directional microphones. The resultant recordings and data provided an “acoustic fingerprint.” Belanger also scanned the room with lasers, while J Parkman Carter took 3D photographs, intended to compose immersive panoramas or virtual reality scenarios.

In the short-term, Gordon and Belanger commissioned several sound artists to compose new work with or inspired by the data collected from 2626 Bancroft and perform it at The Lab last Saturday. The day before, the duo was a bit frazzled. Gordon shouted “Fuck!” walked outside, returned, and laughed about her “primal scream moment” just before. Massive steel trusses spanned the length of the Mission District arts space. Perrin Meyer, a second-generation Meyer Sound engineer, installed a customized sound system featuring more than forty speakers. Each one required specific programming. During a lull, Gordon commended the freewheeling autonomy enabled by The Lab for a project that would typically be subject to the strictures of academia.

“A lot of institutions couldn’t pull this off because they’re perfectionists,” Gordon said. “There’s so much bureaucracy and red tape, whereas we’re setting this up in 48 hours before the show.” Meyer agreed, noting an unconventional speaker mount that some professionals might scoff at. Relishing his technical transgression, he said, “Some people are like, ‘You can’t do that.'”

In a pre-performance lecture the next day, Belanger explained his broader aims. As a thought experiment, Belanger asked audience members to imagine themselves clapping in the center of a perfectly spherical room. As the walls morphed into irregular shapes, each clap’s behavior changed drastically. Acousticians, he explained, are typically tasked with enhancing the sound of rooms after they’re designed or built, by, say, adding acoustic paneling. Belanger argued that the role of geometry — both at the macro level of architecture and micro level of surface pores and fiber — needs to be better understood and incorporated into the process of design. In theory, a perfect sphere is infinitely reverberant, meaning that geometric deviations from a starting ideal could predict acoustic behavior, he explained. Built almost entirely from reflective concrete, Ciampi’s structure is an exceptional subject for investigating.

That night, a formidable crowd sat in the center of the circular speaker-system to experience four commissioned works. The program described academics David Dunn and David Kant’s piece as a performance using a “one-of-a-kind set of nonlinear chaotic oscillators capable of generating an infinite variety of ‘auditory behaviors’ emergent from their status as autonomous electronic systems” — which has at least one helpful term for the layman: chaotic. The erratic bursts of electronic scree contrasted with a piece by Maggi Payne, co-director of the Center for Contemporary Music at Mills College, that segued deliberately from teeming digi-fizz to awesome slabs of bass. Less programmatic and most visceral was the performance by Jon Leidecker and William Winant of Fontana Mix — Feed, a realization of the chance operations specified by John Cage’s Fontana Mix by Max Neuhaus. Beyond immersive, the violent undulations of feedback were penetrating.

But it was bruits dans l’espace by Matt Ingalls — composer and experimental concert producer involved with the San Francisco Tape Music Festival and sfSound — that best literalized Gordon and Belanger’s acoustic deconstruction project. Circling the perimeter of the audience with a clarinet, Ingalls improvised to recordings of himself playing inside 2626 Bancroft during the data-trawl. The prerecorded sounds of his clarinet’s whiffle, trill, and sustain zipped around the crowd like incoming and outgoing projectiles, while the live flourishes added by a roving Ingalls decayed relatively quickly. As the recordings mounted, with echoing voices and scuffling shoes seeping into the mix, bruits dans l’espace rapturously evoked the Brutalist specter of 2626 Bancroft.

As Belanger emphasized earlier, “The goal is not to recreate the building — but to show that you can’t.”