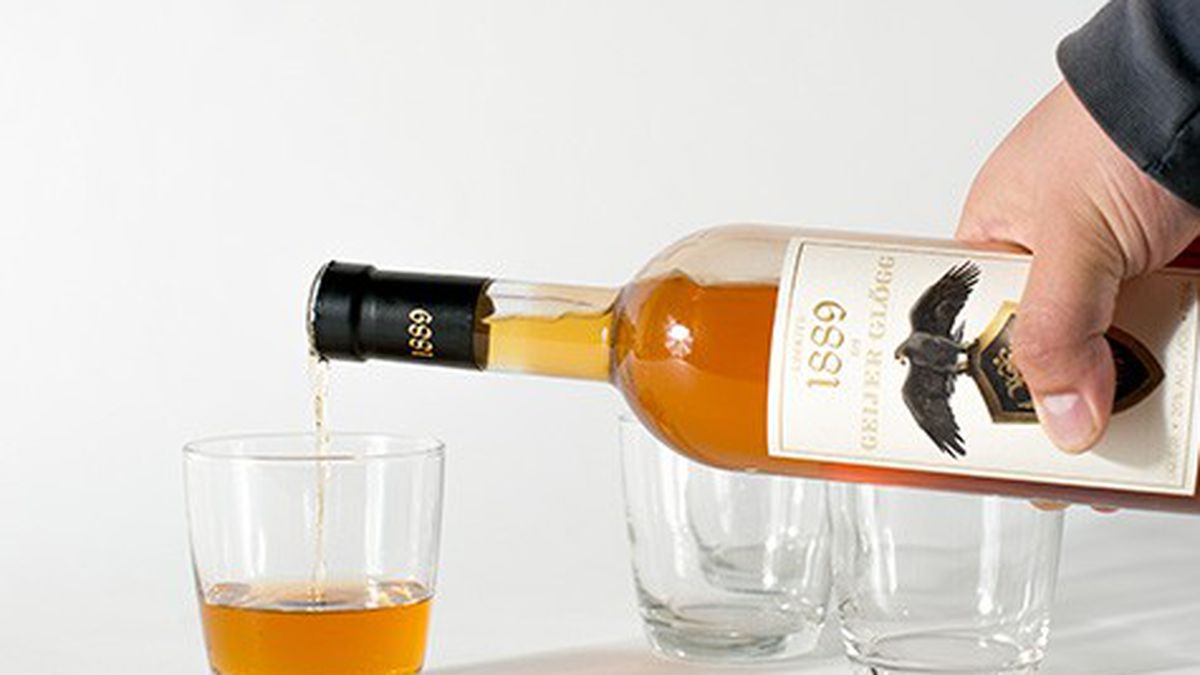 Everything You’ve Ever Wanted to Know About Glögg

With background info, recipes, and where to find Scandinavia's beloved holiday drink in the Bay Area.

Many Christmases ago, a coworker with a vague Norwegian affiliation first poured me a steaming hot, boozy, sweet, crimson-red concoction so loaded with the fragrance of cloves, cinnamon, and cardamom, it was as though he’d emptied the contents of his winter spice cabinet into the mug.

It was glögg, the traditional mulled wine beverage that’s wildly popular throughout Scandinavia. But here in the Bay Area, glögg — pronounced, roughly, like “glug” — is still largely unknown.

Slowly, though, that’s starting to change, thanks in part to the efforts of a homesick Swede, a beloved Scandinavian specialty shop, and a restaurant looking to expand beyond its typically all-American cocktail selection.

Martin Geijer started his San Francisco-based company, Geijer Glögg, which produces a glögg liqueur, in large part because he was homesick for the stuff. Geijer explained that in his native Sweden, the drink is rooted in the winter season, when everyone is chilled to the bone. “It really is bloody cold,” he said. Alcohol makes you feel warmer — and all the better if it’s served hot and infused with comforting winter spices.

Here in the East Bay, throwing a glögg party can be as simple as picking up a bottle of pre-mixed glögg concentrate, and it should come as no surprise that Berkeley’s Nordic House (2709 San Pablo Ave.) — the Bay Area’s repository for all things Scandinavian — is the place to go. For $7.95, you can snag a bottle of Saturnus, a popular Swedish brand. To make a batch of glögg, pour the concentrate into a pot along with the cheapest bottle of dry red wine you have on hand. (Nordic House owner Pia Klausen favors a Gallo burgundy.) While this heats up, add raisins, almond slivers, and fresh orange peel. Serve the glögg hot, providing spoons for your guests so they can scoop up the raisins, which will plump as they cook, absorbing all of the sweet, boozy goodness.

For those willing to splurge for the sake of authenticity, the store sells a complete set of glögg accoutrements ($95): a lidded copper pot, a ladle, and a set of six decorative glass cups.

As an alternative to the bottled concentrate, Nordic House also carries a house-made glögg spice mix ($3.95) that consists of cinnamon, cardamom, ginger, orange peel, and raisins. You add that to two bottles’ worth of wine and let the mixture sit overnight. When you’re ready to heat it up, add sugar and, if you like, some blanched almonds at the very end. This method takes a bit more advance planning, but according to Klausen, it’s worth it — the spices won’t be as intense with the pre-bottled version.

If you’ve had glögg before, it was probably very similar to the kind that Klausen describes. But Martin Geijer’s family recipe, passed down to him by his father, involved infusing the traditional spices into a highly concentrated neutral spirit rather than the more typical red wine base. Starting last year, Geijer has enlisted Alameda’s St. George Spirits to distill a version of his family recipe. The result, Geiger Glögg, retails for $32 a bottle and is, according to Geijer, the world’s first glögg liqueur. (Apparently, in Sweden the tax code makes producing a non-wine-based product unfeasible from an economic standpoint.)

According to Geijer, the benefits of drinking glögg in this liqueur form are twofold: The spices are more prominent when there’s no wine flavor to cover them up, and, at 20 percent ABV, the liqueur packs a bigger punch than a traditional mulled wine.

You can heat it up in a pot or kettle, the same way you would a bottle of sake. But Geijer said the liqueur can be treated like any other spirit — served cold or at room temperature, either neat or mixed into a cocktail such as a Stockholm Sour: one part liqueur, one part bourbon, a half part fresh lemon juice, and a quarter part simple syrup, all mixed together in a cocktail shaker.

For more ambitious glögg-inspired cocktails, you might look to the handful of Bay Area restaurants that carry Geijer Glögg, including Hutch (2022 Telegraph Ave.), a Southern restaurant in Uptown Oakland whose bar program otherwise focuses almost exclusively on American whiskey. But owner David King explained that he was introduced to the pleasures of glögg when he was working as a chef in Copenhagen.

“Once it’s cold as it is in Denmark in December and January, it’s one of the best things you can put in your body,” King said.

King and his bar manager, Joshua Sexton, are hoping customers will warm up to a holiday cocktail that they recently added to the menu — a milk punch, served hot, that King said will be somewhat akin to a Brandy Alexander, which is traditionally made by mixing brandy, milk, crème de cacao, and spices such as cinnamon and nutmeg. In Hutch’s version, the glögg liqueur adds an extra boost of spice, resulting in something akin to a Christmas-y hot toddy — perfect for the holidays.

You probably want to know how the stuff tastes. I sampled a bottle of Geijer Glögg, and the first thing I noticed was the smell of cinnamon, which was potent enough that it wafted up through the unopened cap. The liqueur had a lovely golden-amber hue and, when I drank it, a honeyed sweetness followed by a spicy kick. The overall effect was not unlike a boozy distillation of Big Red chewing gum.

When you heat the glögg up — in the office microwave, in my case — the intensity doubles or triples. By the second sip, there was a pronounced warmth in my belly. On a frigid (by Bay Area standards) winter evening, I could see myself going back for a second cup, and then a third.

Letters for the Week of June 11