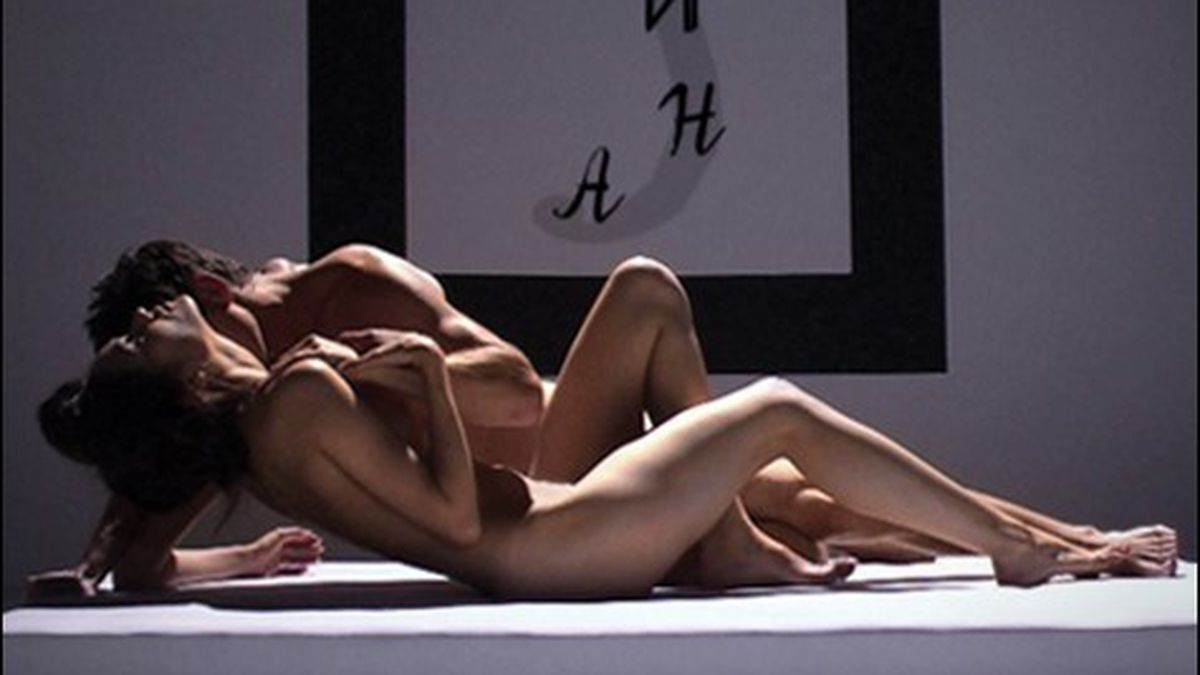 Erotica, Intrigue, and Arithmetic in ‘Rites of Love and Math’

There was no red carpet outside the Landmark Shattuck Cinema last Thursday, but the lobby contained the frenzied excitement of a movie premiere. A crowd of huddled teens and twentysomethings nearly barricaded the entrance to the theater as they awaited word on whether any last-minute seats for the featured screening at the Berkeley Film and Video Festival would be available. Video cameras pointed toward the director, writer, and star of the film, a compact man in all black, greeting fans and colleagues with his piercing green eyes and soft Russian accent.

Some came out of protest. “The subject matter can be seen as extremely sexist,” said 28-year-old Amy Russell, who had seen the press material and was hoping to view the entire movie in order to be a more informed critic.

Others, for more puerile reasons. “‘Cause it’s fun to see a professor naked,” admitted a Berkeley undergrad too embarrassed to reveal his name.

Rites of Love and Math – the Official Trailer from Edward Frenkel on Vimeo.

“We mathematicians should try to communicate more to the public,” Frenkel told the audience — nearly half of whom were mathematicians, according to one member — before the screening.

“Our idea was never to make an erotic film,” said the professor the next day in his eighth-floor office on campus. As Frenkel describes it, the idea came about while brainstorming with his French co-director, Reine Graves. Through metaphor, erotica, and film, they wanted to “give the people the idea that a math formula could be like a poem, a piece of music.” He wanted to express the passion mathematicians have for their work, the frenzied state they enter when trying to solve a puzzle for days, weeks, or, like Einstein in the twilight of his career, decades, without ever knowing if they’ll succeed. “You get frustrated, and you get disappointed. But you don’t give up.”

The idea of a tattoo, of getting under the skin, struck Frenkel as a useful metaphor. Brainstorming with Graves from that morsel of an idea led them to Japan — one of the birthplaces of tattoos. Graves introduced Frenkel to Yukoku, by avant-garde artist Yukio Mishima.

The 1966 film shocked audiences in its graphic portrayal of an army lieutenant who kills himself in order to avoid killing his fellow officers. Shot on a minimal Noh stage with just two characters, the film depicts the last time he and his wife make love, followed by their individual ritual suicides.

In an academic arena that is notoriously insular and solitary, Frenkel is something of a renaissance man. In Moscow, he studied in the school of the late Israel Gelfand, a mathematician noted for bridging various branches of an increasingly specialized field. Frenkel’s own focus is on symmetry, duality, and quantum physics, a study that puts him in the room with scholars from diverse fields.

After earning a Ph.D at Harvard in just one year, Frenkel was invited to the UC Berkeley faculty in his twenties. Undergraduate lectures offer him a stage to convert arithmephobes. “Intelligent people would never say, ‘I don’t care about art, or music,'” he lamented. “But it is totally okay to say, ‘I hate math.'”

Frenkel drops words like “beauty” and “unity” throughout his lectures. On YouTube, videos of his classes receive tens of thousands of views, followed by adulatory comments calling him “hot,” “amazing,” and “a rock star.” The picture on his UC Berkeley web site looks more like a magazine photo shoot than the standard fifteen-year-old mug shot of most professors. In it, Frenkel lounges on the cushions of a red velvet couch, immersed in the text of a venerable French lecture series. If anyone can make math sexy, this is the man for the job.

In most of the three or so popular movies about math, Frenkel says, “a mathematician is on the verge of a mental illness.”

“Young people who see these films, they ask, ‘Do I really want to be like this guy, or this woman?'” I was trying to create a film in which there would be a mathematician, but he would be very different from what one would expect.”

Between math and passion, Rites of Love and Math accentuates the latter. It borrows the set, the same operatic Wagner score, and the plot of the original, with the slightest adjustments such that our hero is a mathematician. Before killing himself, he tattoos the “Formula of Love” onto the torso of his lover, who writhes in pain during the process. In his effusive way of speaking, Frenkel describes it as “an allegory, a metaphor, a fable, a fairytale, a parable,” as well as an opera.

The film received the support of the Fondation Science Mathématique de Paris. And in Berkeley, the Mathematical Sciences Research Institute put its name on press material that it sent out to its academic network in support of the local screening of Rites of Love and Math and Yukoku.

“At this point the story darkens considerably,” wrote MSRI director Robert Bryant in a 1,140-word open letter dated November 29. Bryant figured the sponsorship would be controversial, given the graphic imagery in both films, their depiction of erotica and suicide, and, in the original, what could be perceived as “valorization of almost fascist politics.”

But the e-mails that flooded his inbox took issue with a point he hadn’t considered. Mathematicians and scientists across the country accused the film of “sending a message that men do mathematics while women are reduced to passive sex objects.” With more than 200 e-mails by the weekend before the screening, Bryant decided to pull the institute’s support.

The controversy just added to the buzz. “It’s big news in the math world,” said 28-year-old geometry student Jeff Doker, who stood in the back of the theater with a group of friends.

Frenkel sympathizes with the concerns, but says, “I don’t think it’s fair to expect one film to address all the problems in the world.”

At the same time, Frenkel wants viewers to walk away from Rites of Love and Math inspired, and not just be the flesh of two attractive bodies. “My hope is that they see the formula in this very unusual setting where it is tattooed on the body, and I am hopeful that they will say, ‘Hmm, this looks really cool, but what does this formula mean?'”

According to Frenkel, the film’s “Formula of Love,” in mathematical terms, derives from the research he and two colleagues summed up in the paper “Instantons beyond topological theory I.” Repeated viewings may be necessary.

Evidence Suggests That Sheltering-In-Place is Working

Chicken and Waffles Pop up in Temescal