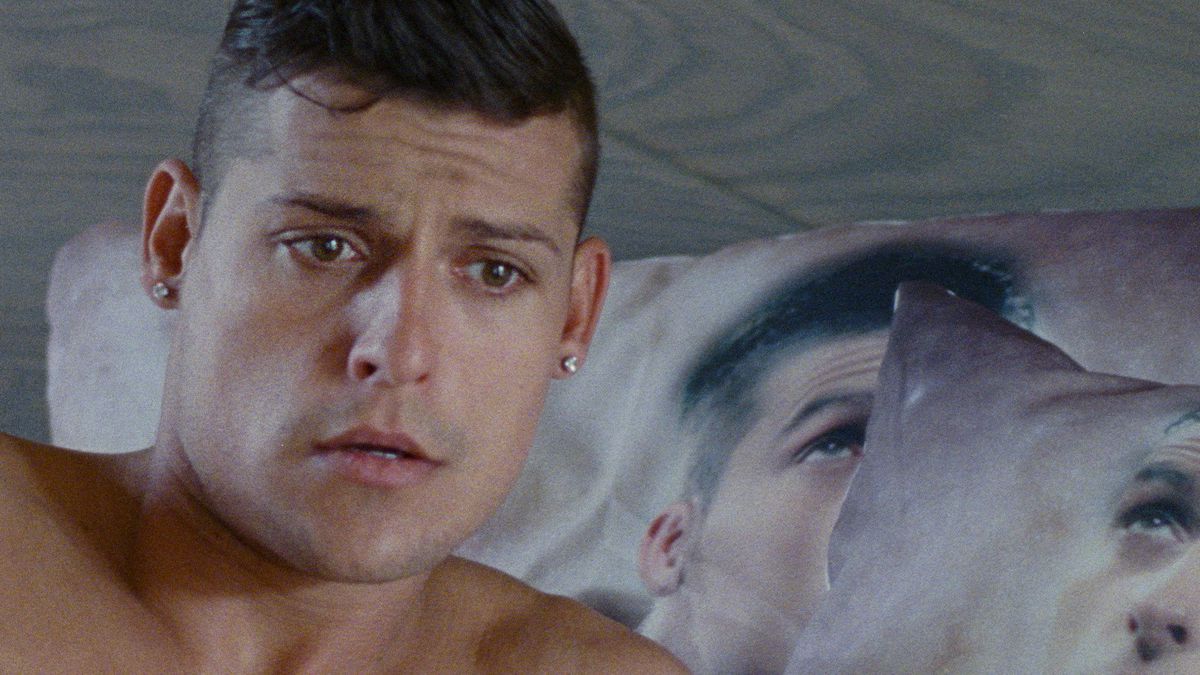 Diamantino: Ain’t That a Kick in the Head?

Ever since Carlos Cuarón’s Rudo y Cursi in 2008, the world has been waiting for another intelligent, character-driven narrative feature about the business of professional soccer football. A film that understands the cultural complexity, the sometimes irrational passion, and the deep corruption of the sport, and how all that might relate to one of its players.

Now, here’s Diamantino, the story of an amiably stupid Portuguese futebol phenom who pities refugees and hallucinates gigantic imaginary puppies, but who is manipulated by his selfish sisters into committing bad deeds. Huh?

The title character, as portrayed by actor Carloto Cotta from a screenplay by writer-directors Gabriel Abrantes and Daniel Schmidt, has achieved everything an international football hero could desire. He played in the World Cup Final game between Portugal and Sweden (what a fantasy), lives in a luxurious seaside villa, and enjoys the business advice of his devoted sisters, a greedy pair of twins (Anabela and Margarida Moreira). But Diamantino is not satisfied.

In his reflective moments he conjures up the fluffy puppies romping on the playing field. They’re so gentle and lovable. And after rescuing a rubber raft full of African refugees while sailing on his yacht, he decides he wants to do more for displaced persons. These unselfish motives don’t exactly square with the business plan his sisters have set up for him, which involves his endorsing a nationalist, anti-immigrant, anti-EU political party. All the while, Diamantino is being investigated for money-laundering by a pair of female agents, one of whom – Aisha, played by Cleo Tavares – falls in love with the star athlete himself, who happens to be a virgin.

Despite its tame “playful” touches the movie takes itself pretty seriously, and yet a “knowing” farce such as this requires someone at its center who actually knows something. We might feel sorry for Diamantino, but he’s such a dolt our pity isn’t enough. The stiff, self-conscious line readings are distracting, especially in our hero’s grating voiceover narration. And the sequence involving the evil geneticist Dr. Lamborghini (Carla Maciel) would be too ridiculous for an Austin Powers remake. Diamantino is a leaden satire – graceless, literal, formulaic, almost robotic. Halfway through it, you’ll be wondering what made you think this would be a worthwhile thing to do.

Prop C Heads to Lakeshore Avenue With All the Fried Chicken