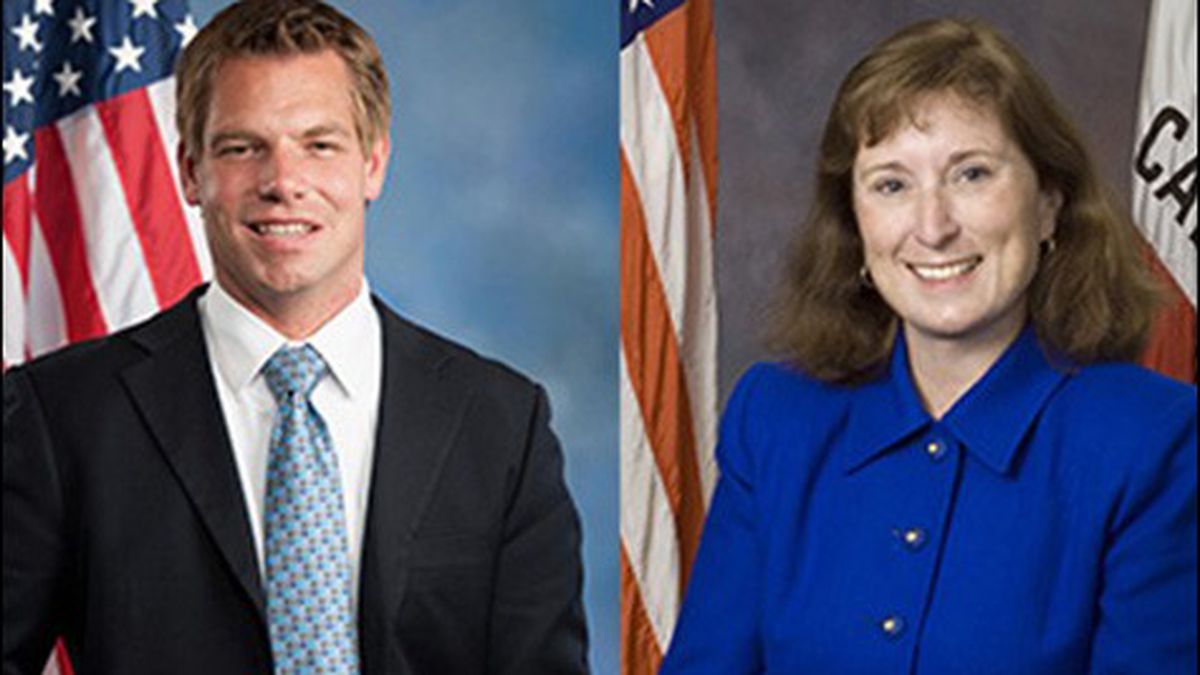 Two years ago, Eric Swalwell ended Pete Stark’s four decades in Congress in one of the biggest political upsets in East Bay history. While Swalwell, a former Dublin city councilmember, was the benefactor of Stark’s numerous missteps during the campaign, he also successfully positioned himself with voters in the 15th Congressional District as the candidate who would usher in an era of change and new ideas. This time around, his reelection campaign is attempting to rekindle a similar message for the future, but his main opponent this June, Democratic State Senate Majority Leader Ellen Corbett, appears to offer a more formidable challenge: She is nearly as well-known in the district as Stark was and is unlikely to commit the large number of mistakes that effectively put the congressional seat up for grabs two years ago.

In 2012, Swalwell’s victory was also the product of blistering personal attacks that he launched at Stark and his family. An essential premise of Swalwell’s campaign was to portray Stark as old, frail, and out of touch with East Bay voters. Swalwell followed it up with attacks on Stark’s young children for receiving Social Security benefits, along with hits on Stark’s wife.

During this primary season, however, Swalwell has refrained from going after his opponents while instead focusing mostly on himself. Earlier this month, however, he briefly indicated that he might soon resort to negative tactics when he attempted to link Corbett, in her role as State Senate majority leader, to the notorious trio of Democrats who have been indicted on corruption charges or have already been found guilty of crimes in the Legislature’s upper house. Assemblymember Bob Wieckowski, who is running for the State Senate seat that shares the same geographical area of the 15th Congressional District, is employing a similar line of attack when it comes to his opponent — former Assemblymember Mary Hayashi, who was convicted of shoplifting a few years ago. Both Swalwell and Wieckowski share the same political consultant, Lisa Tucker.

As for Corbett, she has seemed reluctant to attack Swalwell so far, although she’s tried several times in the last month to highlight his vote in April 2013 in favor of the Cyber Intelligence Sharing and Protection Act (CISPA), which would allow government to monitor personal web histories without a warrant. For his part, Swalwell has repeatedly sidestepped questions over his vote and instead focused on another one — a budget amendment in July 2013 in which he voted to cut funding for an NSA program that was seizing cellphone metadata without a warrant. “There was one vote on the NSA spying program, just one vote in the Congress,” Swalwell said during a candidate’s forum April 24 in Fremont, “and that vote was to defund the program and I voted to defund the program.

“There’s a reason I did that, and it wasn’t easy because I was a prosecutor and for seven years I used cellphone data to prove many of my cases,” Swalwell continued, “but in each and every one of those cases I had to go to a judge and I had to get a warrant — I had to show probable cause that I could go in and invade the privacy of the person whose cell phone record I was seeking to use.”

In the same forum, Corbett said, “The role of Congress is to protect citizens and, again, one of our most important, precious things is our personal privacy. It is Congress’ role to ensure an agency such as the NSA performs the role it was set up to do, not unduly intrude upon the privacy of individuals.” When it came to CISPA, Corbett later added, “one member of the California delegation voted for that measure,” that person being Swalwell.

Corbett also will likely be a much more active opponent for Swalwell this year than Stark was two years ago — when the eighty-year-old Congressmember struggled to match Swalwell’s retail-style, door-to-door politics. Corbett, like Swalwell, has had her share of rousing campaign upsets that first began in the 1990s when she ended the decades-long old boys’ network that ran San Leandro politics and won a surprise victory for mayor. She followed that up with a six-year stint in the state Assembly. Then, in 2006, she surprised many political observers when she won a hard-fought victory for state Senate, defeating Democratic Assemblymen Johan Klehs and John A. Dutra. She won the general election later that year, and, again, four years later.

Swalwell’s first term in Washington, meanwhile, has been rather uneventful, although that was to be expected considering the steep learning curve he faced, and the fact that he was serving in the Republican-controlled House of Representatives. During this year’s campaign, Swalwell has attempted to make up for his lack of success in Congress by pointing to his somewhat mundane accomplishments since 2012. For example, he often has pointed to a running tally of the miles that he’s flown between the district and Washington in apparent attempt to prove how hard he works — his total now stands at 325,000 miles since January 2013. He also has boasted about attending 1,100 public meetings, co-sponsoring 258 House bills, and delivering 60 floor speeches. More notably, in March, President Obama signed into law Swalwell’s first bill, allowing charitable donations to the Filipino Typhoon Haiyan relief fund to be included on 2013 tax returns. At a forum a few weeks later, Swalwell touted the fact that he was in a first-place tie with three other freshman Democrats who had passed bills into law during their first term: They each had one.

Swalwell and Corbett, though, appear to be saving their ammunition for the general election in November — assuming that they’ll finish as the top two vote-getters in the June primary. The 15th Congressional District includes Castro Valley and Hayward and spreads east to Livermore and south to Fremont.

To date, Swalwell holds the fundraising edge, as wealthy donors and special interests groups have flocked to him since he won in 2012. Through the first campaign finance reporting period of this year, Swalwell had $922,581 in the bank. Corbett’s fundraising, by contrast, has been inconsistent, even though she had hinted that she would run for Congress this year even before the November 2012 election. Through March, her campaign account stood at $208,005 in cash. The third candidate in the race, Alameda County Republican Party co-chair Hugh Bussell, reported just $1,950 in campaigns funds.

The role of the Republican in this race could also be a factor; it was two years ago when a little-known candidate named Chris Pareja piggy-backed on the anti-Stark sentiment at the time to win nearly 22 percent of the primary vote. Bussell, a Livermore native, does not have the same foil at his disposable this time around, however. He also has eschewed the Tri Valley’s small Tea Party contingent for a more mainstream conservative ideology. For example, he urges a wait-and-see approach to the Affordable Care Act. He also has advocated for a flat tax on all income and certain conditions for undocumented immigrants to gain citizenship. Once, Swalwell admonished Bussell for using the term “illegals.” But Bussell has also routinely skewered Swalwell and Corbett’s background as attorneys. At a candidate’s forum on May 2 in Hayward, Bussell mocked Swalwell’s prodigious frequent-flier miles. “I will fly more miles than Eric,” Bussell boasted with a grin.

A Smart Move for Berkeley Chess

Best Music of the East Bay