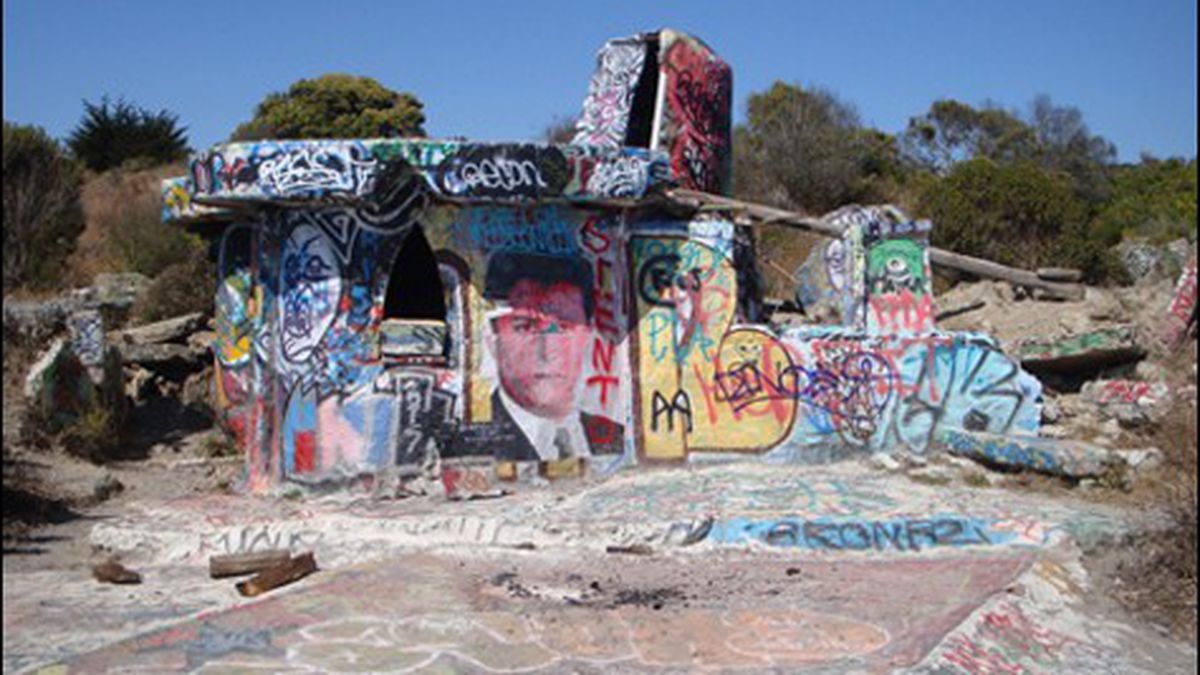 You don't need to travel far to find worthwhile activities.

Whether you’re a jaded East Bay native who’s strolled down Telegraph Avenue enough times to know each busker by name or a fresh-faced transplant with no idea where the hell Crockett is, chances are if you’re a student you have little time to gallivant around in search of fun. Luckily, you’ve been spared the trouble of hunting for activities with these surefire suggestions for how to spend your day on the rare occasion you manage to steal away from your studies.

If your stomach demands a large plate of food first thing in the morning, your first order of business is to visit the Buttercup Grill & Bar (229 Broadway, Oakland) in the Jack London District. Take BART to the 12th St. station, and walk down Broadway until a sign emblazoned with a cheery Buttercup logo beckons you. Once inside, you will find mountainous slices of coffee cake dripping with butter, giant omelets filled with avocado and cream cheese, and sweet servers pouring endless cups of coffee.

To mollify your stuffed stomach, take a leisurely 3.1-mile stroll around Lake Merritt (666 Bellevue Ave., Oakland). On the way over, cut through Chinatown (centered at 8th and Webster sts.) to explore the area’s Asian produce markets and shops filled with adorable trinkets and doodads.

Once you have walked off your heady breakfast, it’s time for drinks — and a lesson in local history. Fashioned more than a century ago from an old whaling ship, Heinold’s First & Last Chance Saloon (48 Webster St., Oakland) is a rustic watering hole on the Jack London Square waterfront that’s legendary for its slanted floor and for its former patronage by writer Jack London. The walls are lined with local ephemera (including a snarky sign promising “Free drinks tomorrow!”) and staffed by bartenders arguably as adept at discussing East Bay history as pouring no-nonsense drinks. When hunger sets in, set out to Ginza Sushi (303 Broadway), a hole-in-the-wall Japanese restaurant with sizeable rolls and sake bombs.

What follows is a decidedly Sunday-centric itinerary, though some of the destinations can be celebrated any day of the week. First, wake up early-ish and head over to the Wat Mongkolratanaram Thai Buddhist Temple (1911 Russell St., Berkeley) for its much-celebrated Sunday brunch, served from 10 a.m. to 1 p.m. It’s a short walk from the Ashby BART station, and once there you can trade in your cash for special tokens to be used for tasty Thai dishes like veggie or meat curries, Thai iced tea, and heavenly mango sticky rice that can be eaten on a vast outdoor patio or on the lawn out front.

Once you’ve polished off your last sweet grain of sticky rice, it’s time to head to Golden Gate Fields (1100 Eastshore Hwy., Berkeley) to throw back some beers and bet on some horse races. Sunday is Dollar Day, which means admission, hot dogs, sodas, and beers are all a buck a pop. A free shuttle runs from the North Berkeley BART station directly to the racetrack from 11 a.m. to 6:20 p.m.

As the races wind down and a hearty brunch begins to soak up some of the cheap booze you’ve been consuming, it’s time to experience the wondrous world that is the Albany Bulb (1 Buchanan St., Albany). A fifteen-minute walk along the waterfront brings you to the peninsula and former landfill, which is dotted with outdoor art installations and surrounded by the San Francisco Bay. If you’re lucky, you’ll find a heart-shaped plaster castle, which you can crawl inside and on top of and feel what it’s like to be the queen or king of the landfill.

By now you will be famished (and quite possibly grumpy) from so much walking. So hightail it back into town for some Little Star Pizza (1175 Solano Ave., Albany), a small local chain that’s revered for its Chicago-style slices and open until 10 p.m. It’s also just a block away from the Art Deco-style Albany Twin (1115 Solano Ave.) theater, where you can end your day with a movie before heading back home.

There’s a lot more to the East Bay than Berkeley and Oakland. Venture a few miles east and you’ll find a string of small, cute towns. If you have access to a car, it takes about ten minutes to drive from Berkeley to Thrift Town (3645 San Pablo Dam Rd., El Sobrante), a massive thrift store with many racks and shelves that are relatively untapped compared with more centrally located counterparts.

Next stop, Rodeo (pronounced Ro-DAY-oh) — an unassuming little town of about 9,000 people. Here you will find Flippy’s Cafe (240 Parker Ave., Rodeo), a funky little greasy spoon plastered with San Francisco Giants memorabilia and equipped with cushiony red barstools. The food — mainly traditional breakfast fare and sandwiches — is straightforward and low-cost, and should be sufficient fuel to continue on your journey. Rather than getting back on the freeway, drive down San Pablo Avenue, which will take you past less-than-thrilling sights like an oil refinery and the unincorporated “town” of Tormey on your way to Crockett.

Much like the earlier stops on your trip, Crockett is a sleepy town of very few people and even fewer traffic lights. But what it lacks in the way of nightlife it makes up for in interesting historical architecture. Notable buildings include John Swett High School (Alma Mater of two-thirds of Green Day and “Eric the Midget” of Howard Stern fame) and the C&H sugar refinery. Opened in 1906, the brick factory is a looming reminder of the town’s industrial beginnings — and even if it’s your first trip to Crockett you might recognize the 22-foot-tall C&H sign, visible from the Carquinez Bridge.

When the hustle and bustle of the 3,000-person town starts to wear on you, it’s time to head toward your final destination — the even tinier town of Port Costa. This is a town with fewer than two hundred residents, one long-defunct elementary school, zero grocery stores, and The Warehouse Cafe (5 Canyon Lake Dr., Port Costa) — a musky, den-like biker bar complete with a stuffed polar bear and a mile-long beer list. Take your drink onto the side patio, watch passing trains and the nearby Carquinez Strait, and chew on steak from the bar’s dinner menu as the sun sets.

By now you’ll be terribly tuckered from touring tiny towns, and unless you had the foresight to bring along a designated driver, navigating the long, winding road back into Crockett is not advisable. Luckily, just across the street is The Burlington Hotel (2 Canyon Lake Dr., Port Costa) — a decrepit inn with rooms named for the women who presumably worked there during its rumored stint as a brothel. Ask a bartender about renting a room, and see for yourself if there’s any truth to another rumor that the hotel is haunted.