Environmentalists are hoping to block two projects that would bring Canadian tar sands oil through the Bay Area by train. 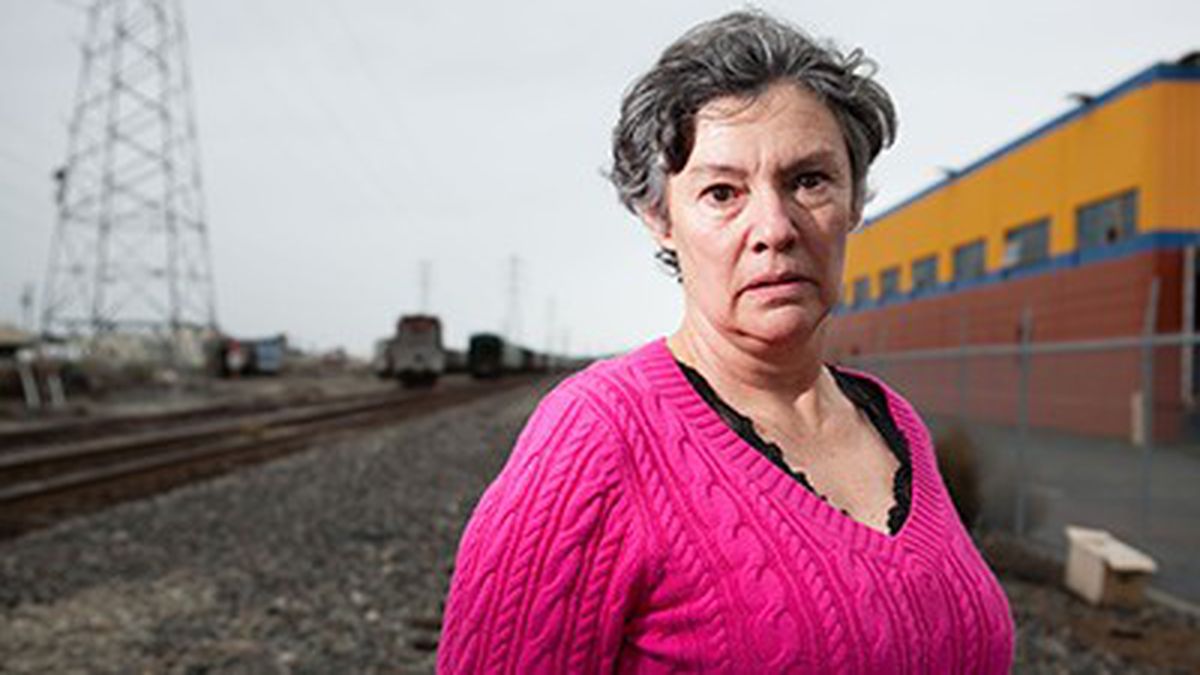 Trains carrying crude oil produced from Canadian tar sands may soon be traveling through the Bay Area and along the California coast, thereby posing serious risks to human health, wildlife, and the environment. Two planning commissions — one in Benicia and the other in San Luis Obispo County — have scheduled votes for early February to decide the future of the planned crude-by-rail projects. At the same time, environmental groups are going ahead with a lawsuit that seeks to stop a related project in the Bay Area.

A vigorous opposition movement — in the East Bay and throughout the state — is now focusing on San Luis Obispo County. There, Phillips 66 is seeking permission to build a rail spur connecting its Nipomo refinery to rail lines running from the Bay Area south along the California coast. The trains would carry crude oil from Canadian tar sands — and possibly highly explosive Bakken crude fracked in North Dakota — on rail lines that go through the East Bay and then south to the San Luis Obispo refinery for preliminary processing. The oil would then travel back up to the East Bay by pipeline to the Phillips 66 plant in Rodeo for further refining.

Valerie Love, an Oakland-based clean-energy campaigner for the conservation group Center for Biological Diversity (CBD), said opposition to the San Luis Obispo rail project “started in a retirement community next to the refinery, when they realized it would be a huge offloading facility.” Love said that when the first public report on the project came out in November 2014, “residents sounded the alarm, wrote lots of letters, retained lawyers, and met with people from CBD, the Sierra Club, and other organizations. We said, ‘We’re going to make this a statewide issue. It’s going to affect everybody up and down the rail lines in California.'”

In the past few years, the alarming increase in derailments, fires, and explosions of oil trains have increased public awareness of the dangers of carrying crude by rail. A derailment last week of three train cars carrying sulfuric acid in Martinez underscored this concern.

Oakland resident Beth Kean, a retired staffer for the California Nurses Association (CNA), said that when she heard about the Phillips 66 plan, she realized “it was an issue” for Oakland, Berkeley, Richmond, and other bayside cities where rail lines pass through residential areas. Kean ended up spending most of her time from April to November 2015 working as a volunteer organizer in San Luis Obispo County.

San Leandro teacher Maureen Forney said that in December 2014, she was attending a meeting of her local school board, listening to a presentation about disaster planning, when she had an epiphany about the crude-by-rail plan. “I thought, ‘Holy Cow! What if there was an explosion or firestorm? I’m responsible for the children! What would I do?'”

So she brought up the issue in that very meeting. The school district, the city of San Leandro, and the local union all subsequently took stands opposing the project. “Then it gathered momentum,” Forney continued. “Union after union, school board after school board said, ‘This is not healthy for children or the community.’ So many children and schools are endangered. It’s a real threat.”

The Center for Biological Diversity published a report last September, showing that more than 1 million children — 250,000 in the East Bay — attend school within one mile of a current or proposed oil train line. Another environmental organization, Forest Ethics, published a map showing areas that would be in an “oil train blast zone” if there were an explosion.

San Luis Obispo County Supervisor Adam Hill said the issue “has probably received as much attention as any project I can remember. The opposition group has been able to mobilize people throughout the county concerned about rail safety and climate change.

“It’s rare that any of our land-use decisions reverberate like this,” he continued. “I think [the statewide concern] is valid. I will certainly take it into consideration.”

Organizer Kean said that until statewide opposition developed, “a lot of people didn’t know they were in the hot seat about this decision. We said, ‘You’re the only group that has the authority to stop it.’ That led to a switch in how people thought about how important it was for them to be involved.

“Phillips 66 is number six on the Fortune 500,” Kean added. “This is a small county. For them to stand up to Phillips 66 requires a lot of support.”

When I called Amber Johnson, the campaigner whom Phillips 66 hired to promote the project, she referred me to the company’s website. The rail spur, according to the website, is needed to help the refinery, with its two hundred jobs, “remain viable” as the supply of California crude oil declines. “The proposed rail project is designed with safety as the top priority,” the description continued. “Every railcar used to transport crude in our fleet exceeds current regulatory safety standards.”

The San Luis Obispo County Planning Commission will hold its hearing on the project on February 4. Environmental organizations are arranging carpools for Bay Area residents to travel to the hearings, coordinated by the Sierra Club’s organizer Ratha Lai.

The following week, on February 8, the Benicia Planning Commission will review the Valero refinery’s proposal for a similar rail spur in that city. There, too, company officials have announced plans to bring in crude from both Canadian tar sands and Bakken fracking operations. The group Benicians for a Safe and Healthy Community, which was organized to fight the project, has waged a long campaign similar to the one in San Luis Obispo.

In addition, Communities for a Better Environment (CBE) and other groups have filed a lawsuit against Contra Costa County for approving a proposed project at the Phillips 66 refinery in Rodeo. The suit charges that the county’s environmental review illegally considered the project separately from the Nipomo plan in San Louis Obispo County, even though Phillips 66 considers the two plants part of the same refinery. CBE has also submitted a technical analysis challenging the company’s data and its denial that the project will mean refining tar sands oil. A hearing on the suit is expected in late spring.

Opponents of all these projects cite the dangers posed by tar sands oil to the climate as well as to the health and safety of people who live near railroad tracks and refineries. San Leandro teacher Forney noted that despite the urgent need to keep fossil fuel in the ground in order to prevent catastrophic climate change, “there’s a huge push to get these products to market.” But she said people can block this push by “doing something about the offloading and processing facilities.”

She added that oil companies have “$7 trillion worth of assets under development. They will not go down without a fight. This is the fight.”