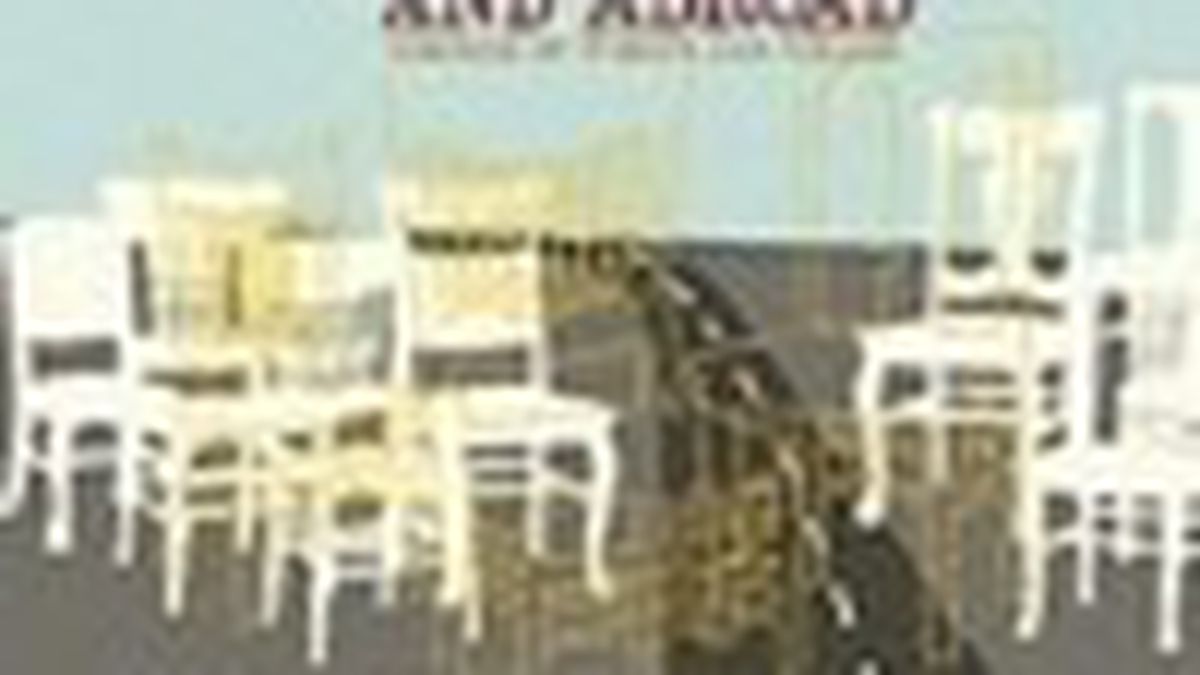 Ghosts of Tables and Chairs

Be it a lousy sitcom, an episode of Crossfire, or the audible blow-by-blow of the drunken brawl in the apartment next door, we all love eavesdropping on a good argument. Which probably accounts for our attraction to the indie rock dueling-vocalist assault — the howling poetry of Rainer Maria, the high-concept snarlings of Sleater- Kinney, the preteenage angst of Linkin Park.

The Bay Area’s own Citizens Here and Abroad aspires to similar catharsis: Chris Groves and Adrienne Robillard’s breathy murmurs dart in, out, around, and through one another like a LiveJournal.com double helix as the Sleater-Kinney-inspired jagged guitars do likewise. Ghosts of Tables and Chairs expertly positions itself as a quieter, more meditative version of much-loved popsters Dealership, from which two of the four Citizens — Groves included — have sprung.

You’ll miss the pop. Pick any point on Ghosts and you’ll encounter abrupt mood swings, fuzzy melodies, and insistent double-edged vocal whispers, but pick another point and you’ll encounter precisely the same thing. The few attempts to spice up the sonic landscape — a xylophone riff here, a bizarrely goofy Nintendo game melody there — don’t quite graft perfectly, and few lyrical fragments leap up and smack you upside the head; Groves and Robillard’s banter sounds a bit detached, like the snooty neighbors too uppity to attend your barbecue.

Offer ’em a cheese brat or two anyway. Ghosts‘ latter half yields some ominously pretty guitar landscapes: The swirling eye of “A Change of Scene” looks solid, but bends and refracts when you touch it, like a Matrix-quality computer effect. And when Adrienne confusedly guzzles stewardess-distributed wine during “In Flight Movie,” you relate. But you hope she’s flying somewhere that’ll teach her to better express her feelings, elated or furious as they may be. It’s not enough to simply contemplate Ghosts of Tables and Chairs. Sometimes you have to chuck ’em at someone’s head.