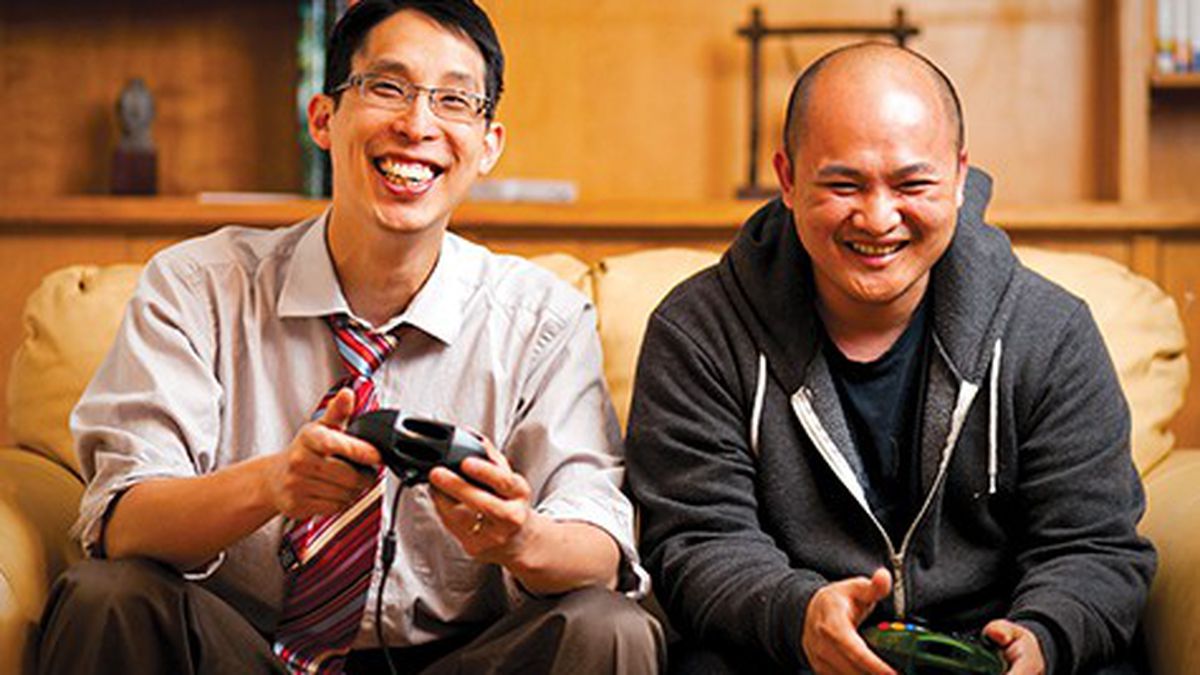 When I caught up with Bay Area native Gene Yang recently for an interview, he had just returned from Comic-Con, the flagship popular art extravaganza. The prolific comic artist and author was a featured speaker on several panels and he signed hundreds of books for his fans. But he never expected that this is where he would end up.

Yang’s mother bought him his first comic book when he was in sixth grade. It was published by DC, and starred Super Man. “That comic convinced me that still pictures and words can tell awesome stories, can create awesome emotional responses,” said Yang.

Within a few weeks, he and his best friend started making their own superhero comic books and selling them to classmates for fifty cents. In junior high school, his interest dropped for a bit, but after graduating from UC Berkeley in the mid-Nineties, he resumed his craft. His first self-published comic as an adult was called Gordon Yamamoto the King of the Geeks, a story about a kid who gets a spaceship stuck in his nose and ends up befriending the alien inside it. Yang would Xerox the book himself and sell copies at local shows in the East Bay. “It was not that much different than what I was doing in sixth grade,” he said.

Yang didn’t expect to be able to make comics for a living, mostly because the industry appeared to be going down the drain. “People were predicting that Marvel was going to go out of business completely and it would take most of the comic book stores in America with it,” said Yang. “So that was the industry I was entering… I just did it because I love it.”

For work, he became a teacher at Bishop O’Dowd High School in Oakland. Meanwhile, however, the literary graphic novel genre began to gain popularity and win awards that were typically reserved for prose. Plus, the rising popularity of Japanese manga in America was inspiring a resurgence of the industry in the early Aughts. Then, in 2006, Yang caught his big break with a graphic novel called American Born Chinese.

The award-winning book offers a complex story about Chinese-American identity. Although the work is fiction, Yang pulled heavily from his own experience to write it. “I just thought through my own relationship with my cultural heritage when I was a kid and I drew on that,” said Yang. But he found that the story also resonates with people beyond the Asian-American community: “That book is about the experience of being an outsider and wanting to fit in, and I think those are pretty universal things.”

After continuing to make comics on the side, Yang finally transitioned to doing it full time about one year ago. Lately, he’s been working on the continuation of Avatar: The Last Airbender for Dark Horse Comics. He’s also been writing ten issues of Superman for DC comics. Plus, DC asked Yang to write its newest series, New Super-Man, which stars a Chinese version of the super hero. The first issue just came out.

When asked what it feels like to come full circle, Yang laughed as if still a bit in disbelief: “The whole thing is pretty nutty, for sure.” GeneYang.com.