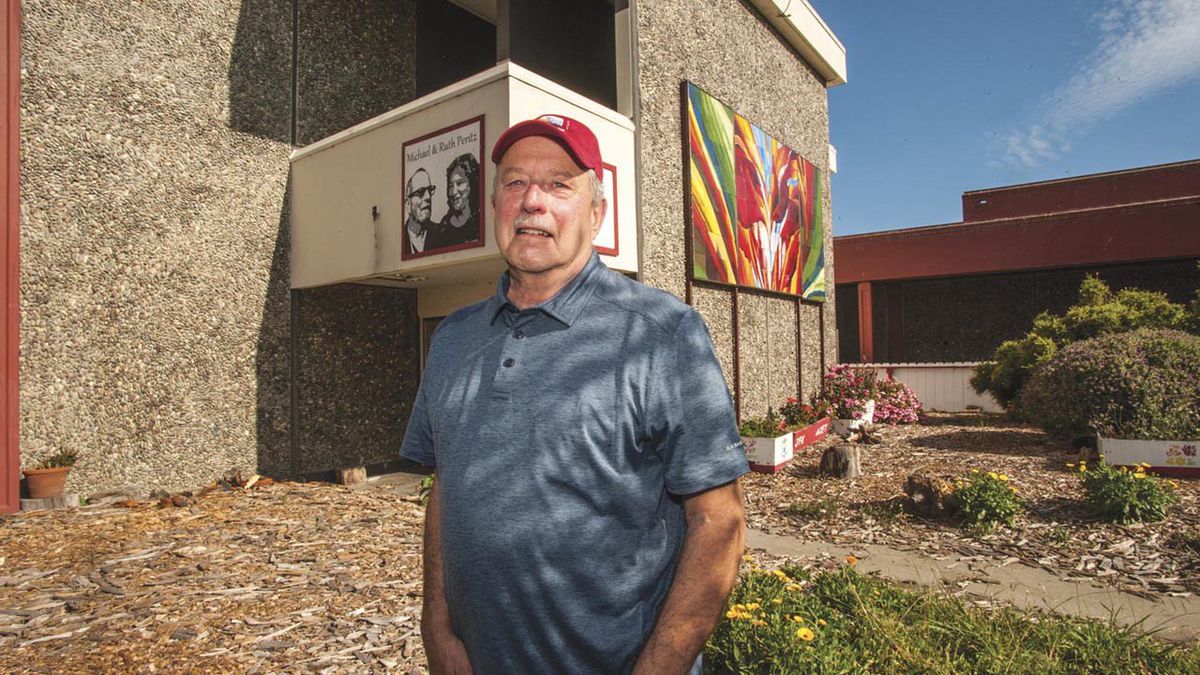 Retired teacher Mike Peritz has been a local educator for more than 50 years, teaching a range of subjects with credentials for English Language Arts, Social Sciences, special education, and food service/hospitality training. Since retiring in 2001, Peritz has continued to work as a volunteer. He was called back as a Teacher on Special Assignment and works tirelessly along with his wife Ruth Peritz to serve the West Contra Costa Unified School District.

Peritz focuses his work on the students and community of the Kennedy family schools, the most underserved and underperforming in the West Contra Costa County School District. He was one of the founders of the Eagle Foundation, which until it was disbanded last year provided support to John F. Kennedy High school, feeder schools, and the larger community by giving scholarships to students as well as grants to teachers.

In 2013, Peritz partnered with Dolores Dalton and formed the Music at Kennedy Committee to reinstate the music program at Kennedy High School. Kennedy was the first high school in the district to restore the music program. Peritz and Dalton assembled a group and petitioned the school board, bringing music back to Kennedy, where it thrives today.

Kennedy High also had discontinued welding when it could not find a teacher for the position, a program that had existed in the district since World War II. Peritz wrote an email to the community calling for the program to be reinstated. He explained that the district needed to try harder to allow students to follow the career pathways they had elected and offered to give tours of the welding space for people with interest in taking on the job.

Peritz began working in the district back in 1966, running vocational food service programs that went out of favor in the 1990s. He remains a champion of vocational programs, many of which have been discontinued. “I want people to know that we still must create interesting, meaningful job simulations that motivate young people to acquire interpersonal skills that will help them succeed in our 21st century work world,” he said.

Now Peritz is helping to run a Freedom School, which this summer opened a location in Richmond for the very first time. The aim of Freedom School is to engage incoming third graders over the summer to help improve literacy and prevent summer learning loss. Peritz hopes to continue the Freedom school next summer or to have a suitable alternative program for Richmond students, believing that education, and especially literacy, are of vital importance to Richmond, where many of the schools have low test scores.

He also tries to keep the community informed about the impacts of charter-school expansion. He notes that

Charter schools add to the district’s cost of running its schools and the district ends up for less money to fund its public schools as a result.

Finally, Peritz volunteers to combat homelessness in the East Bay with the Greater Richmond Interfaith Group, feeding and sheltering hundreds of people every day. Later this month, with Youth Spirit Artworks, Peritz will work to build a tiny house village for homeless youth as well.

Peritz commits his life to helping students achieve their goals in every way he can, taking on countless projects and staying active in community politics. “I am not alone, but surrounded by amazing talent and energy working every day to heal our world and allay suffering for those who are less fortunate,” he said. “I have been retired for 19 years but awake each day knowing there is meaningful work to be done. I am fortunate to have a spouse and family who support and join me in my efforts, fortunate to have the health and resources to be able to contribute.”&#8;