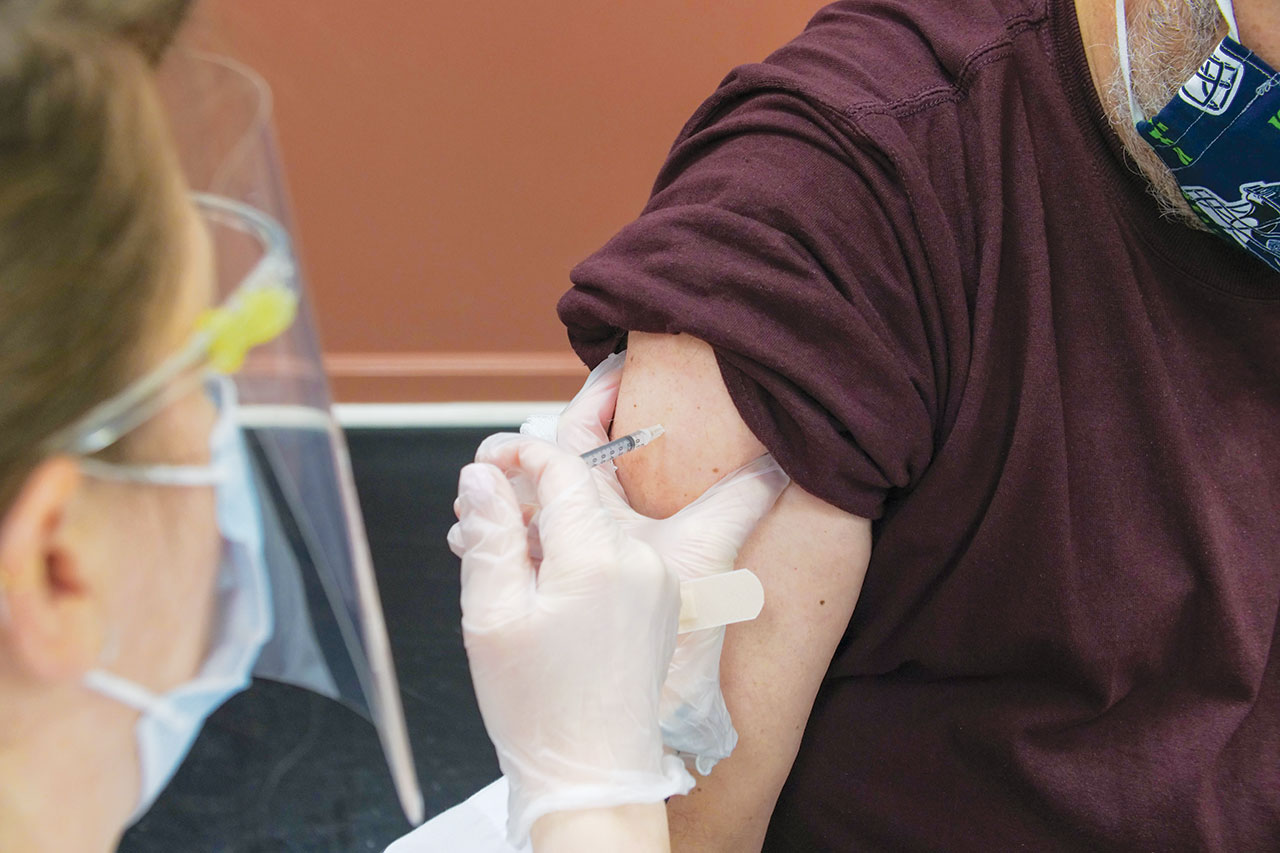 “This is possible thanks to the leadership of the Biden-Harris administration and the countless public health officials across the state who have stepped up to get shots into arms,” Gov. Gavin Newsom said in a statement.

Newsom said in a news conference that the state, effective immediately, would also allow health care providers to use their discretion to vaccinate family members of those who are eligible to be inoculated.

According to current estimates, state officials expect that California will be able to get 2.5 million doses per week in the first part of April — a number that will ramp up to more than 3 million by the second half.

Currently, the state gets about 1.8 million doses per week. So far, some 15.7 million vaccine doses have been administered in California, according to The New York Times’ tracker, far more than any other state. But on a per capita basis, that falls somewhere in the middle of states.

According to the tracker, an average of about 2.5 million doses per day are being administered across the entire country.

The announcement follows weeks of intense pressure on Newsom to speed up the state’s vaccine rollout, amid an effort to recall him. Experts have said his ability to fend off that campaign hinges on vaccinating millions of residents and lifting remaining restrictions, so that once residents are asked to vote in a likely recall election later this year, the state will be closer to back to normal.

Newsom has repeatedly blamed an unpredictable and limited supply for what has been criticized as a confusing and chaotic process that left many poorer communities of color behind.

Early this month, in response to that criticism, state officials abruptly announced that 40% of vaccine doses would be directed to communities designated as vulnerable according to a state index. The state also unveiled an accelerated reopening plan that was tied to those targeted vaccinations.

But that move frustrated officials in the Bay Area, where almost none of those prioritized communities were located.

Newsom’s decision to essentially outsource the allocation of doses to counties and health care providers to an insurer, Blue Shield of California, has also come under fire from numerous local officials, who have said it adds an unnecessary layer of bureaucracy to the process.

On Thursday, standing beside the governor at a news conference, Mayor Vicente Sarmiento of Santa Ana, the Orange County seat and home to many lower-income Latinos, praised the equity plan.

“We are eternally grateful,” he said, adding that it is a misconception that Orange County is homogeneous, white and wealthy.

Some experts were worried the move would just flood already taxed vaccine delivery systems with more people trying desperately to sign up for shots.

The state’s MyTurn online appointment system has been widely dismissed as another hindrance for health care providers who already have effective ways of reaching patients.

Still, Andrew Noymer, a professor of population health and disease prevention at the University of California, Irvine, told me that the announcement was good news.

“I think, given the state of the administration, they wouldn’t be doing this if they didn’t have the doses,” he said. “I think they’re wary of overpromising.”

Noymer said that while it was laudable to “try to remedy centuries of inequalities which manifest themselves in the health domain,” it had been in some ways counterproductive from an epidemiological standpoint to focus so much on who is eligible and when.

“Nobody has to feel like they’re cutting the line,” he said. “If there’s no line to cut, that’s best for everyone.”

Now, he said, he is optimistic that a flood of vaccines is coinciding with a lull in the spread of COVID — a lull that wasn’t guaranteed.

Next ArticleFree Will Astrology