How the round of gunfire that almost took his life inspired the Oakland musician to rededicate himself to hip-hop. 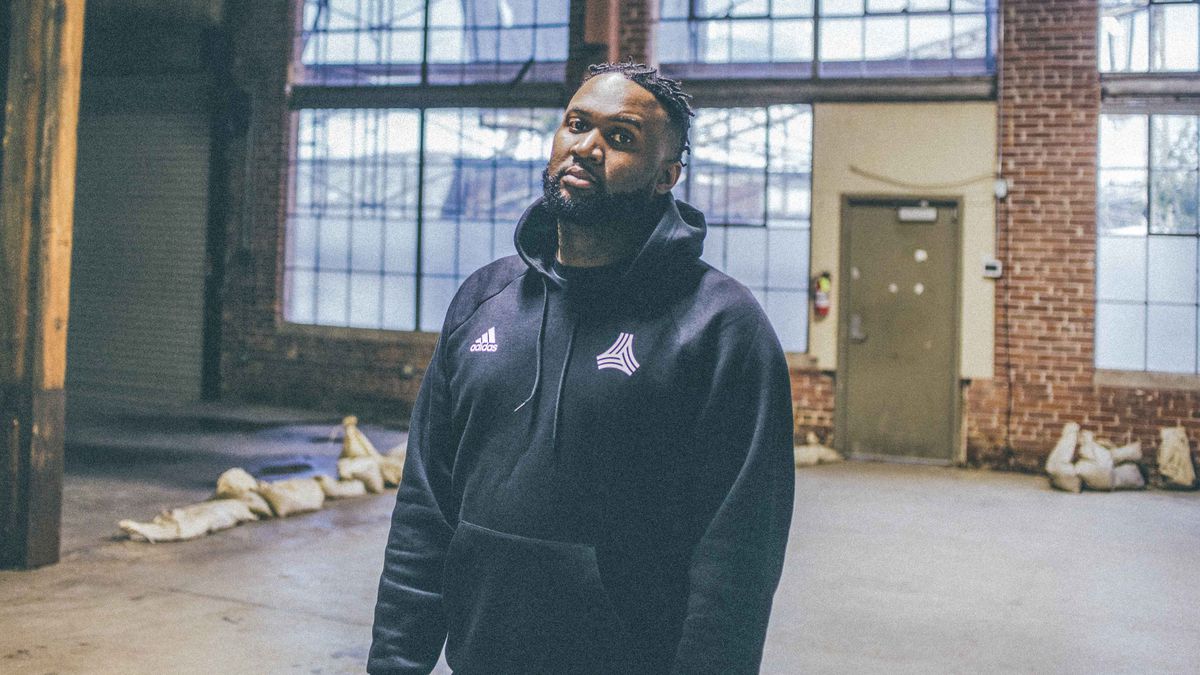 Although he’d been making music since his early teens, Oakland rapper Brookfield Duece was literally born in a hail of bullets.

“After a seven-year break from music — after I got shot at — I felt like I’d been spending all this time doing something that I shouldn’t be doing and I should focus on doing what I should be doing,” he recalls.

Following years working odd jobs and making ends meet any way he could, Duece suddenly found solace in his never-ending love of music — and a new voice to push him forward in his hip-hop ambitions.

Brookfield, his former neighborhood, was a bit different from the one to which he moved to look after his mother.

“Everybody in that neighborhood was hot: My apartment complex, the complex next to ours, and the complex next to that, everyone seemed to be doing dirt,” he said. And while he still doesn’t know for sure, his life was forever changed through a probable case of mistaken identity with someone involved in something shady. “We kind of had the same build; our cars looked alike, too.”

Duece’s ability to ensnare a listener with a compelling, cliff-hanging narrative makes him a natural storyteller. Here is the one he tells about his transformation.

“I leave the house one night and the car that I had at the time, it was kind of like a bucket, so my headlights wouldn’t just turn on. … I’m just driving with no lights as I’m going up the hill because I know where I’m driving, and a car gets behind me.

“I step on the gas, and as I’m going up the hill, I’m swerving, and they’re chasing me. I’m seeing bullets hit the car door, so decided that I’m going to turn the corner to the right and see if I can spin my car around to go in the other direction. My car was just a bucket, it can’t do this, but in my head I’m like, ‘I just got done watching Bad Boys a week ago, we’re going to do this stunt right quick.’

“I lose control of the wheel, because I’m not a stunt driver. My forearm has to grip the steering wheel as best I can, my other hand is hitting the horn because I’m about crash and I don’t want to hit any cars. When I do, I’m still ducking and holding down the horn. Later, I assumed that they thought that they hit me and I’m slumped over the steering wheel. This gives me enough time to hop and roll out of the car and run. I know that they won’t catch me because I’m fast.

“I was able to get back to my car. I called my grandfather and tell him I think I’ve been hit. When I get to my grandparent’s house in Brookfield, I take off my shirt and my grandfather catches me. I’m way heavier than this 75-year-old man, but he catches me.

Duece managed to escape unharmed, but the incident gave him a new lease on life — and a new vision to share with his community

Dueces’ songs carry the same urgency for survival, the need to both understand and be understood, often reflecting life and death in the Oakland streets. What distinguishes him from a large pool of emerging Oakland rap artists are his method and delivery.

This March, Brookfield Duece released his second album, America’s Orphans, after gaining national attention, and a bit of inside traction, from masterfully placed mix-tapes and two EPs he’d uploaded on SoundCloud.

“I purposely put those two projects on SoundCloud only, and not on mainstream, because I wanted to make sure that I pushed America’s Orphans after all the mix tapes I’ve been doing, ” he said. “I wanted to give them the album last and let them connect the dots.”

The title track, “Orphans,” opens with a sinister track, reminiscent of the early days of Oakland rap, and a better understanding of Duece’s ability to give voice and vision to these complex, and troubling, times:

“We used to be gods like Osiris and Horus/Come to America and they treat us like Orphans/Mama over the stove/Making toast for the porridge/The pot smelling like coke/Loiter is our only hope/We hustle/Hope fiends don’t go far/That’s soap-on-a-rope/Couldn’t be further from words Martin and Malcolm spoke.”

Duece’s tracks are often low-tempo and low-key, and his baritone is slow and contemplative. Unlike many of the new styles of delivery, he focuses on a polysyllabic lyricism that leans heavily on alliteration and meter. And as the Junior Varsity Basketball coach at Oakland High, he often uses intricate maneuvers on the court as metaphors for the complexities of life. His method reflects the Golden Age of Hip-Hop, but is sprinkled lightly with Town embellishments. He labels his music “street conscious,” and calls his rapping style East Oakland Southern Flow.

All too often, the Oakland rap scene is pigeonholed as strictly about the “Hyphy” culture, with it’s manic bass, over-the-top gear, and distinct slang. But that overlooks more lyrical, contemplative artists like Del Tha Funky Homosapien, Lyrics Born, The Hieroglyphics, The Coup, and many others. Many have been discounted as “not Oakland enough,” though one would be hard-pressed to say any of these artists do not rep The Town in full. Only now are people beginning to accept the cosmopolitan flow of Brookfield Duece.

“I grew up on Little Brother and OutKast, so there’s a lot of southern artists that influenced me,” Duece said. “It was mostly just East Coast artists at first for me, for the most part. Then those East Coast artists that were either East Coast or Southeastern turned me on to artists in Texas. I ended up getting a hold of New Orleans artists. Back in the day everybody in Oakland thought they were Hot Boyz. So we grew up on that stuff too. And then we moved to Texas, I started getting into Scarface and artists like that. I ended up working my way back to the Bay Area music, the long way: New York to Atlanta, to Texas, Louisiana to LA, and then back up to the Bay Area. So when I finally got to the Bay Area, I had my own style already outside of Bay Area rap. I’m not sure if that hurt me or if that helped me in the long run. You know, I think if I had more of a Bay Area style, maybe this interview would have happened five years ago.”&#8;

D. Scot Miller
Managing Editor of The East Bay Express, Former Associate Editor of Oakland Magazine and Alameda Magazine, Columnist-In-Residence at San Francisco Museum of Modern Art (SFMOMA)'s Open Space, Advisory Board Member of Nocturnes Journal of Literary Arts, and regular contributor to several newspapers, websites and magazines. Miller is the founder of The Afrosurreal Arts Movement through his publication of The Afrosurreal Manifesto in The San Francisco Bay Guardian, May 20, 2009.