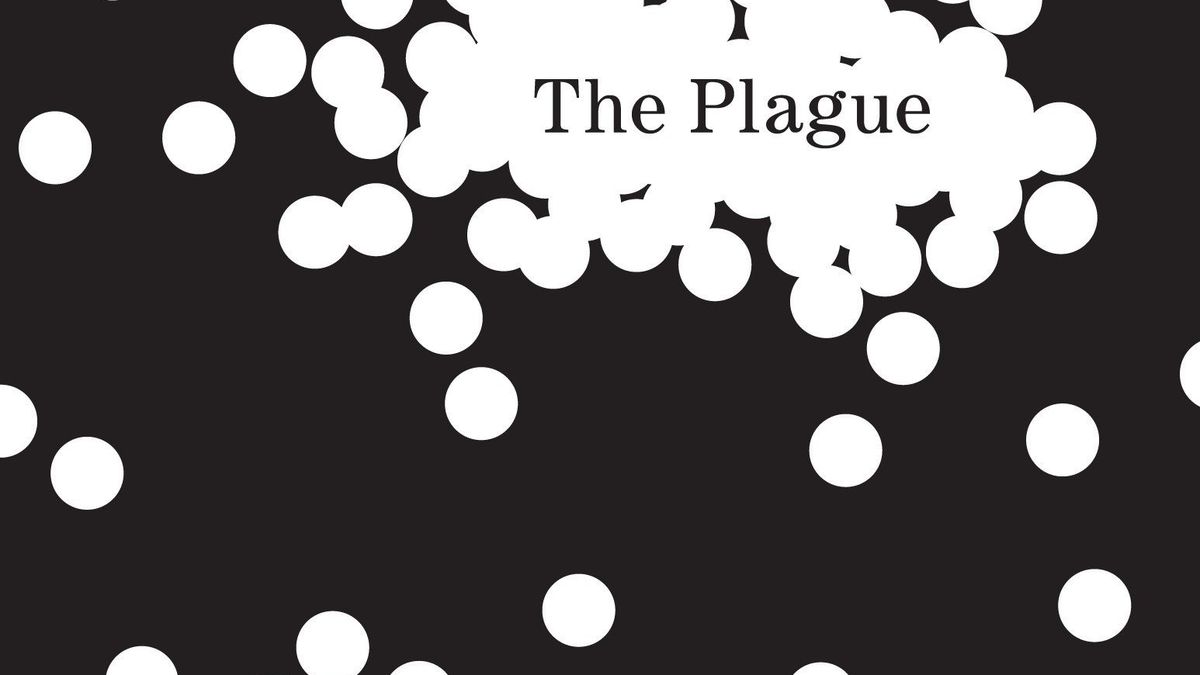 Books To Read While Social Distancing

A reading list specifically appropriate to these trying times.

Okay, you’re stuck in the house, but is it really that awful? OK, probably. Still, that does not mean that you can’t make the most of your time. Here are some books to both elevate and deflate you during the apocalypse.

The Plague, by Albert Camus

Camus’ 1947 novel on the bubonic plague’s impact on an Algerian town begins with three doctors seeing signs of an impending plague from the result of one death. Authorities are slow to accept that the situation is serious and argue over the appropriate action to take, if any. When official notices enacting control measures are posted, the language is too optimistic, downplaying the seriousness of the situation. As the death toll begins to rise, more desperate measures are taken. A supply of plague serum finally arrives, but there is enough to treat only existing cases, and the country’s emergency reserves are depleted. When the daily number of deaths jumps to 30, the town is sealed, and an outbreak of plague is officially declared. The book bears eerie relation to how the current “administration” has reacted to COVID-19. Both historically and metaphorically, this is a necessary read for the times.

The Places That Scare You, by Pema Chodron

Chödrön is an American Buddhist nun in the lineage of Chögyam Trungpa Rinpoche. Her books are universally seen as remedies to our most vexing issues. In The Places That Scare You, Chodron points to tools to deal with the problems and difficulties that life throws our way. This wisdom is always available to us, she writes, but we usually block it with habitual patterns rooted in fear. Beyond that fear lies a state of openheartedness and tenderness. Something to keep in mind as you fight that senior citizen for the last roll of toilet paper at Costco.

Many are familiar with Huxley’s 1932 dystopian novel, Brave New World, but many are not aware that the last novel he ever wrote, 1962’s Island, was its utopian companion. As opposed to the themes of hyper-industrialization, surveillance, and elimination of the individual for the health of the state in Brave New World, Island offers a world of restrained technology, de-weaponized capitalism, and communal understanding of inter-connectedness. Perhaps, as we emerge from this slowed-down world, we can work to come closer to Huxley’s last vision.

A Paradise Built in Hell, by Rebecca Solnit

Solnit is as wise as she is prolific, and A Paradise Built In Hell is a crowning achievement. Covering catastrophes ranging from the Vietnam War and the 1906 San Francisco earthquake, to Hurricane Katrina, Solnit shows how people not only band together in times of crisis, but do so with a greater joy and purposefulness than they do in everyday life, showing a new vision of a society that is less authoritarian and fearful, and more collaborative and local. There are many lessons to be learned during this outbreak, reading Solnit is a good place to start.

The Decameron, by Giovanni Boccaccio

Written soon after The Black Death scourged Italy in the 14th Century, Boccaccio tells of a group of seven young women and three young men sheltering in a secluded villa just outside Florence to escape the plague. To pass the evenings, each member of the party tells a story each night, these tales range from the ribald to the tragic, and by the end of their social distancing, one hundred yarns have been spun. Not only is this a great book to read right now, it’s a good idea for the quarantined to enact over these next two weeks.

The Life Changing Magic of Tidying Up, by Marie Kondo

Does COVID-19 bring joy? Of course not, but de-cluttering during self-isolation may. Kondo’s international best seller will help you clear your clutter and enjoy the unique magic of a tidy home and the calm, motivated mindset it can inspire. By properly simplifying and organizing your home once, Kondo says, you’ll never have to do it again. Most of her methods call for a room-by-room or little-by-little approach, which you finally have both the time and space to do and do well.

Some may suggest Moby Dick or War and Peace as long, heady reads that occupy time with both their lengths and depths, but 2666 is that thick-ass book you need in your life right now. In equal parts a detective novel, a war journal, a love story, a philosophical meditation on life and death, and a comedy, 2666 will terrify and enlighten while keeping the reader unable to put it down until the last page. Bolaño’s mesmerizing masterpiece will help anyone who must survive by showing others who always have.

Almost everyone will be watching Brad Pitt’s movie based on Brooks’ novel, but they are, in fact, two very different animals. Where the movie is an action-packed crisis-management travelogue, Brooks’ novel is an oral history of a zombie war where people give their first-hand accounts of the beginning of the contagion to the end when a cure is found. What’s so chilling about Brooks’ book is that the accounts of people at ground zero of the infection make many of the same mistakes that we’ve seen over these last few weeks. Want to scare yourself? There you have it.

Set in the 1920s, the central character in Reed’s 1972 novel is a virus named “Jes Grew” because it “jes grew outta nowhere.” The primary symptoms of the contagion, which seems to only affect young, white people, is a sudden desire for jazz music and dancing the jitterbug. Attempting to contain the infection, a secret society known as The Wallflower Order work with The Knights Templar to go after black artists they feel are responsible for spreading the disease (They call these artists “Jess Crew Carriers.)” On the other side of this war is mystic detective Papa LaBas and his assistant Black Herman, who take the reader on a journey through black radical history, indigenous religion, and the Judeo-Christian tradition. It’s not just a good book, it’s one of the greatest of all time. You should read it just because you should.

Anything by Kurt Vonnegut

Seriously. Read as much Vonnegut as you can get your hands on over this time. Whether you start with Breakfast of Champions, Cat’s Cradle, Slaughterhouse Five, or any other, Vonnegut’s acerbic wit and profound insights will carry you through any, and all, trying times. “I want to stand as close to the edge as I can without going over,” he wrote in Player Piano. “Out on the edge you see all kinds of things you can’t see from the center.”

Welcome to the edge, my friends. Let’s use this time wisely.