At a growing number of Bay Area restaurants, some of the signature cocktails now contain wine. 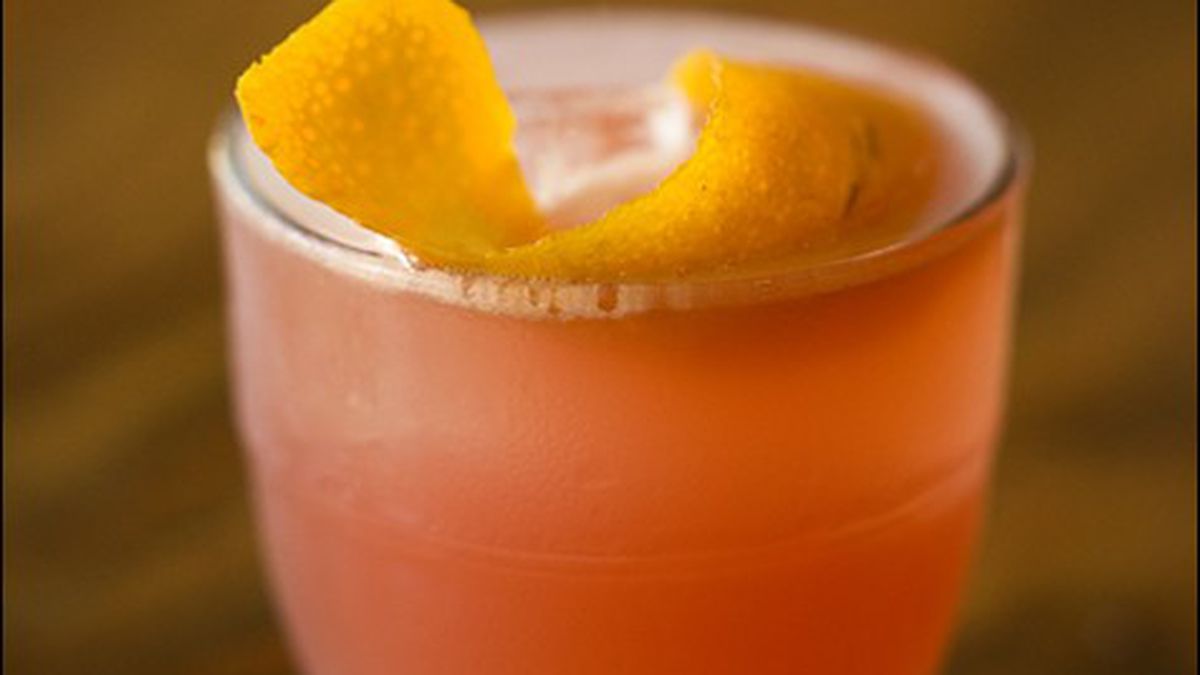 At hip Camino restaurant in Oakland, the signature cocktail evokes a martini, but with a big difference. The pale pink-orange-hued drink is a blend of gin, hibiscus bitters, peach and — of all things — Spätlese Riesling.

Of course, sparkling wines have long filled festive flutes for bubbly aperitifs such as mimosas and Bellinis. And in the past few years, Japanese sake (so-called rice wine that’s actually fermented like beer), Japanese shochu (a clear spirit), and Korean soju (another distilled beverage) have taken hold as favorite mixers for Asian-inflected cocktails such as the sake-tini and soju cosmo. But now, a new generation of mixologists is uncorking bottles of still wines, both red and white, for inspiration.

Before those dreaded flashbacks of one too many supermarket wine coolers pop into your head, rest assured that today’s sophisticated wine cocktails are as far from insipid as you can get. They’re nothing like the Spanish standard, the fruit punch-like sangria made with red or white wine, either. Instead, these unique, modern creations make the most of seasonal fruit, local herbs, and housemade infused syrups to enhance the inherent flavors of the wines.

At Bar Tartine in San Francisco, four or five wine cocktails are available daily such as the “Sunny Honey” ($8), made with vermouth, ruby grapefruit, star thistle honey, and white wine; and the “Juniper & Tonic” ($8), a riff on a classic gin and tonic, but made with white Burgundy, juniper berries, and tonic water. At Prospect in San Francisco, ordinary Italian white table wine gets a star turn with vodka, cantaloupe, vanilla, and lime in “The Candace” ($11). And Flora in Oakland is daring enough to pour Kermit Lynch Côtes du Rhône into its “Red Road” ($10) cocktail of gin, lemon, and egg white.

At Starbelly in San Francisco, kick back with the “Madeira Cobbler” ($8), made with fortified wine and served over crushed ice with a sprinkle of nutmeg and an orange zest garnish. At Frances in San Francisco, white wine, vermouth (a fortified wine) or agave wine (fermented like a wine then fortified with tequila) is the secret ingredient for clever shots ($3), made with a daily changing roster of freshly juiced cherry tomatoes, huckleberries, plums, or yellow watermelon.

“It’s a completely different experience than having a glass of wine,” said Allison Hopelain, co-owner of Camino. “It’s wine as an ingredient. People like them because they’re different. They’re willing to try something new because they realize they’re getting a drink that they won’t get elsewhere.”

Wine cocktails aren’t meant to take the place of a fine glass of Chardonnay or robust Cabernet Sauvignon with dinner. Instead, they’re designed to be a kicky aperitif beforehand to rev up the appetite without a heavy buzz of alcohol.

For wine aficionados, though, is this just plain sacrilege?

“There’s a mystique with wine, that you can’t touch it — that you should serve it at the right temperature and in the right glassware,” said Alex Fox, a sommelier and general manager of Bar Tartine. “But we also cook with wine. And with wines by the glass, you should have some fun with them. Wine should be used in all its applications.”

Others aren’t quite sure what to make of it.

Even so, Goldstein understands full well why so many places are offering them now. After all, with the cocktail craze already shaking and stirring the nation, restaurants are trying to one up each other with libations, which provide added revenue, too.

Using wine in cocktails also helps restaurants avoid waste and keep inventories fresh. Restaurants may be more apt to offer more wines by the glass if there are other uses for opened bottles that don’t sell quickly enough on their own, Fox noted.

Moreover, wine offers a legitimate and economical alternative for restaurants that want to offer cocktails but lack a full liquor license. Indeed, these days, few new liquor licenses are issued in many Bay Area neighborhoods and those that are available for sale can cost more than $100,000. In comparison, a wine and beer license is far easier to come by and a fraction of the cost, a major consideration particularly for smaller restaurants in this still challenging economy.

“Liz Prueitt thought that you could look at not having a liquor license as a hindrance or as a creative outlet,” said Fox of the intimate, fifty-seat Bar Tartine, which Prueitt owns. “She chose the latter. The idea of this restaurant is from farm to table. That’s what we try to do with the cocktails, too.”

Of course, not every wine should be poured into a cocktail, mixologists and sommeliers say. That cult bottle of Screaming Eagle? Don’t even think about it. That over-the-top oaky Chardonnay or tannic bomb of a Cab? Forget it. But bright fruity reds and crisp whites actually take well to these treatments.

Camino may have a full liquor license, but Hopelain found that an ounce of Riesling proved far better than the usual vermouth in the restaurant’s signature martini-like drink. Because the wine is lighter in alcohol and more floral, a larger quantity of it can be used, adding additional flavor and nuance, Hopelain explained. Even many older gentlemen who come into Camino set to order a classic martini get intrigued enough to try the wine version instead.

The restaurant offers only a short list of seven specialty cocktails, many of which are citrus-heavy. For contrast, the restaurant came up with a red wine cocktail that uses a Gamay, along with tequila, orange, lemon, and gum syrup. It’s a cocktail that just wouldn’t work without a fuller-bodied wine, Hopelain said, to stand up to the warm burn of the tequila and zing of citrus.

Camino’s wine cocktails have created such an impression that they’ve inspired other places in the East Bay to do the same. In fact, when a former Camino bartender took a job at Flora, which has a full bar, he decided to create the “Red Road” wine cocktail, served in a retro wide-bowled champagne glass to highlight its striking light maroon color. Each night, at least a few are ordered, said bar manager Christ Aivaliotis.

At Frances, the “Market Shots” have proven such a hit that they sell out almost every evening. “Even the super wine lovers, who bring in $100 or $1,000 worth of wine and pay corkage, will do a shot,” said general manager Patrick Tsui. “They see these cute little glasses go by and they get interested.”

Certainly, classic cocktails such as gin and vodka martinis have stood the test of time. Will ones using wine do the same?

“With the price of liquor licenses, it’s a trend that’s definitely here to stay,” said Fox. “If you go to Europe, you see all these great aperitifs made with regional wines. We’re just learning about them. We’ve only scratched the surface.”

There’s no doubt that those who already appreciate cocktails are embracing these new incarnations. As for wine drinkers, don’t expect all of them to come over to the mixed side.

Just ask Goldstein, who was only the eighth American and youngest ever at the time to pass the rigorous Master Sommelier examination in 1987. Put both a glass of wine and a wine cocktail in front of him, and guess which one he’ll always reach for.

“The glass of wine; no doubt about it,” he said with a twinkle. “But I’m a right-wing, tea party conservative when it comes to wine.”

Next ArticleWednesday Must Read: Brown Wins Debate, But Will It Matter?; Cal Axes Five Sports