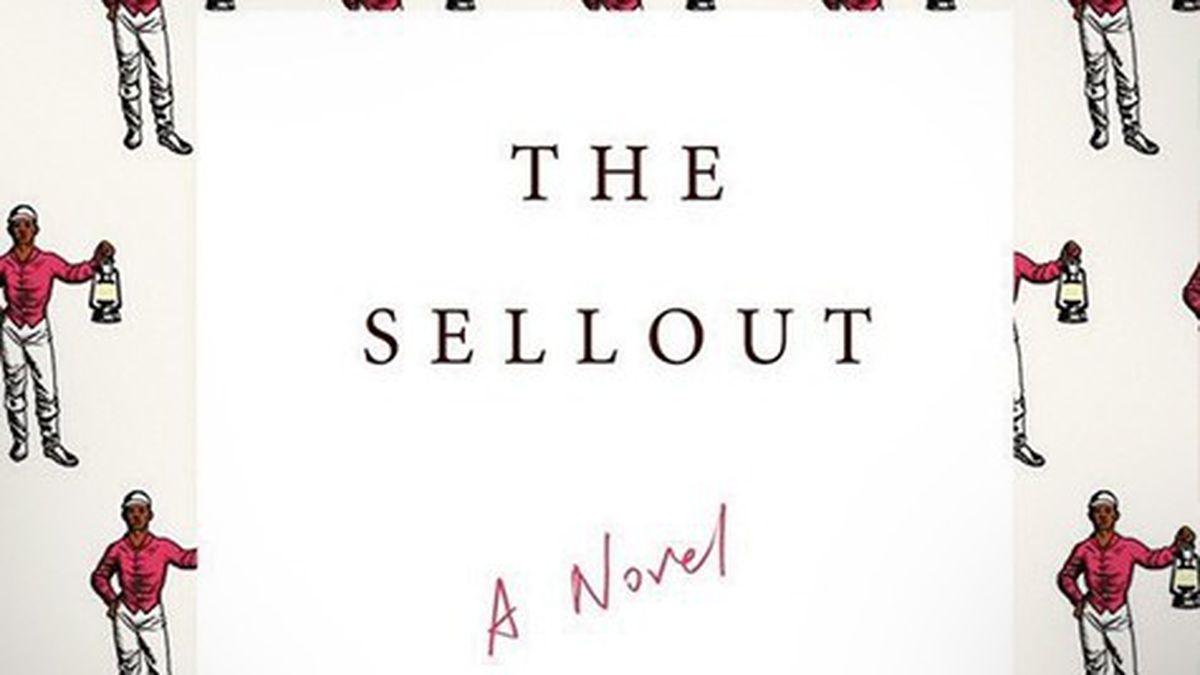 In no particular order.

In the age of the internet, when a thoughtless comment can quickly set off a tirade of Twitter attacks, comedy remains a refuge for brutally frank cultural critiques. Paul Beatty’s biting satire, The Sellout, makes no efforts at political correctness, but neither does it try to offend. Rather, Beatty offers a refreshing slap in the face — which was apparently his intention. Beatty told Rolling Stone he wrote the book because “I wanted to see if I could make myself flinch.” Boy, do we ever. The narrator, whose last name is Me, though he’s called different names by different people, makes his money selling marijuana and watermelons on horseback (flinch number one). Police kill his father (flinch number two), a psychologist. And soon after, Me’s town is removed from the map (flinch number three — it’s a primarily Black and Latino community). Desperate to make the town visible, Me’s friend, Hominy Jenkins, a child actor known for taking on stereotypical roles, begs Me to take him on as a slave (slap in the face). The novel is chockfull of absurdist twists and turns, including the reinstitution of segregation and a character who wants to remove all “n-word” references from Huckleberry Finn. With The Sellout, Beatty adds his name to the pantheon of great Black satirists — including Richard Pryor, Ishmael Reed, David Chappelle, and Langston Hughes — who make us laugh but also make us cringe.

There are many reasons not to read Go Set a Watchman. The most obvious of which is that it seems unlikely it should ever have been published in the first place. There are whole sentences repeated in To Kill a Mockingbird, Harper Lee’s seminal classic and technical prequel to Watchman (although it was written afterward). It’s also not very well written. Where To Kill’s story begins with the ending and then weaves its readers on a beautifully circuitous tale to tell them how they got there, Watchman meanders flatly and leaves readers unfulfilled. To read the book in isolation from To Kill would be almost pointless, since the main story arch, which centers on Jean Louise Finch’s realization that her father, Atticus, is not the relentless warrior for racial equality that To Kill makes him out to be, arrives somewhat toward the beginning of the book without enough character development to understand why it’s such a crushing blow. But, in terms of commenting on race relations in the 1950s south — and indeed, commenting on race relations today — it’s an incredibly important book. Watchman offers a far more complicated picture of what it means to live in a society defined by structural inequality than To Kill and bluntly confronts white privilege, even in the most well intentioned of social justice-crusading white folk. It offers none of the blind hope of To Kill, but is sure to start more nuanced conversations.

In 2011, 35-year-old Aaron Bassler, who had was reported to have been suffering from schizophrenia, led some fifty deputies on a month-long manhunt through rugged Mendocino County terrain before he was ultimately gunned down. It’s this true-life tale that T.C. Boyle uses as his platform for The Harder They Come, a tense novel that speaks to survivalist ideals inherent in the American psyche. The book follows three characters: Sten Stensen, a seventy-year-old Vietnam vet; Adam, Sten’s son; and Sara, Adam’s older lover. Sara espouses the kind of anti-government rhetoric that is not uncommon in Mendocino County, where it would not be unexpected to find people who refuse to wear a seatbelt, if only out of a visceral disdain for any state-issued mandate. Mental illness pushes Adam’s already reticent and hostile nature into paranoia and violence. Adam kills someone and a manhunt ensues. The gripping tale deftly navigates the brutish nature of America’s love affair with guns and its acceptance of violence as a cultural norm. The fictionalized tale is made all the more visceral knowing that a very similar situation transpired only a few years ago, 160-odd miles to the north.

Cheryl Glickman has a system for everything. The fortysomething minimizes her use of dishes so she doesn’t have to wash them and hopes that in so doing, her life will be seamless, snag-free, and unfettered. She’s worked for three decades at a women’s self-defense nonprofit that now makes lucrative exercise videos. She has a psychosomatic lump in her throat, an imagined, soulmate infant, whose spirit appears in other people’s babies, and an obsessive crush on a man who shares with her his interest in sleeping with a sixteen-year-old. Her entire world is upended, however, when her bosses ask her to take on their unruly 21-year-old daughter, Clee, a bombshell blonde exploding with sexuality and aggression. Clee’s riotous affront to Cheryl’s otherwise ordered life ultimately leads to literal fisticuffs — sparring that eventually turns into a sort of sexual liberation. The funny and unexpected tale is refreshing and Miranda July’s writing is both engaging and often poignant — just don’t expect a happy ending.

Author Marlon James’ A Brief History of Seven Killings is neither brief, nor does it chronicle a mere seven killings. But James makes up for the deceptive title by offering readers an ambitious novel that oscillates perspectives, crosses continents, and spans nearly three decades. The dizzying kaleidoscope of characters each spin their own thread that is ultimately woven into an intricate web — a mesmerizing, fictionalized tableau hinging on an historic event. On December 3, 1976, just three days before the Jamaican general election and two days before Bob Marley, who is referred to, ghostly, as the Singer, was set to perform in the Smile Jamaica Concert — a performance intended to unite the country and harmonize its warring factions — assassins shoot and nearly kill the music icon. The book, which won the Man Booker Prize, takes some work to read, but is well worth it.

The Sympathizer By Viet Thanh Nguyen $26

The Sympathizer begins as the Vietnam War is ending. Saigon has spiraled into chaos but the General is drinking whiskey, while the Captain — neither of whom are identified by name — is bribing CIA agents for their safe passage to the United States. Much of the rest of the book is set in the suburban flatlands surrounding Los Angeles. From the very first sentence, readers learn the Captain is a spy for Vietnam’s Communist Party assigned to watch out for any counterrevolution attempts: “I am a spy, a sleeper, a spook, a man of two faces. Perhaps not surprisingly, I am also a man of two minds.” This duality provides a natural tension throughout the work, forcing the narrator to make morally compromising choices as his role of spy collides with the interests of his own party and with the friendships he forges while working undercover. While much of the mood is tense and dark, Viet Thanh Nguyen interrupts it with sections rich in humor, especially when Nguyen calls out American perceptions of Asians.

With its somewhat ridiculous opening line (“Oh, pussycat, I’m so glad to hear your voice.”), it would be easy to write off Purity from the start. Its central character, who had the misfortune of bearing that name and instead goes by Pip, has the trappings of being a spirited, headstrong protagonist — she lives in a collective household in modern-day Oakland, after all — but is often mired in self-doubt. It’s not until Pip disappears from the narrative and returns that the novel hits its stride. The story barrels through plot developments that take Pip to Bolivia and Denver as an online journalist and along the way, deconstructs cultural myths. Although its not the most poetic or lyrical in style, Purity is a brilliantly funny and accessible read. Plus, Franzen’s book features the Express. How could we not recommend it?

Special thanks to the folks at Mrs. Dalloway’s, Moe’s Books, and Diesel, A Bookstore for their recommendations.