The musical stage adaptation of the 2001 film Amélie offers a whimsical affair with its renowned cast and crew. 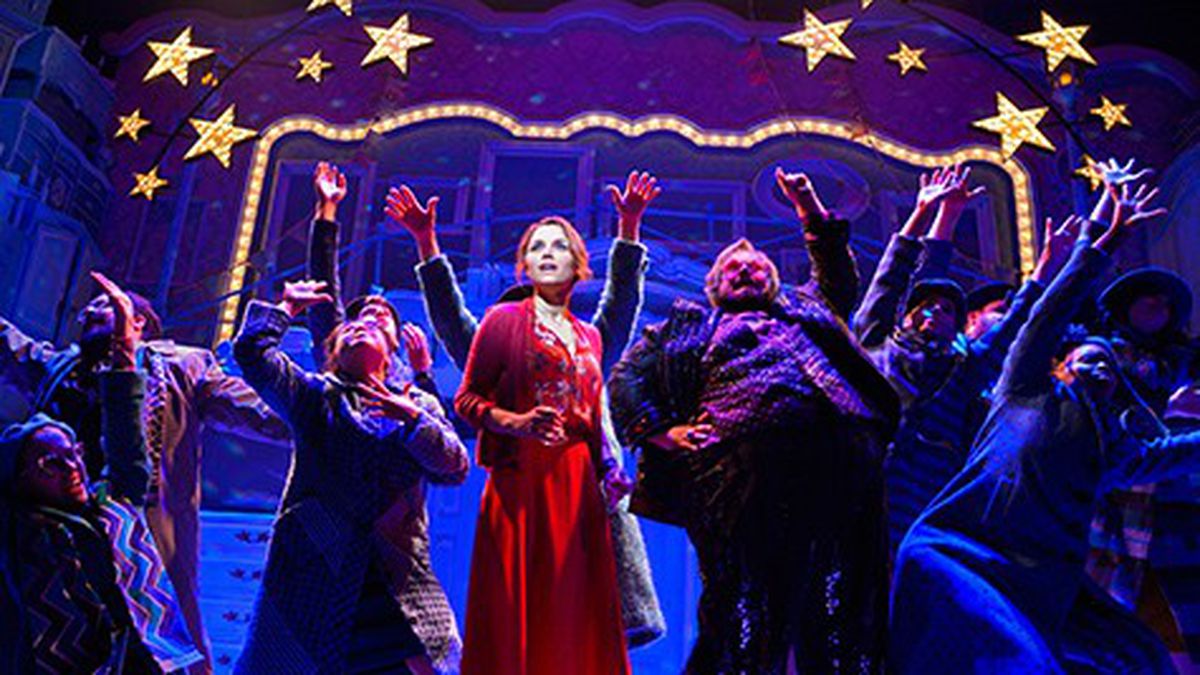 When director Jean-Pierre Jeunet’s film Amélie was released stateside in 2001, it quickly charmed audiences and critics nationwide. For a while, the delightful film about a mischievous waitress helping others was inescapable — it took Hollywood award season by storm, and forever put the film’s French leading lady, Audrey Tautau, on Tinsel Town’s radar. Now, Berkeley Repertory is attempting to charm us all over again with the world premiere of a musical adaptation of the film — and, for the most part, it’s succeeding.

Expectations for the production — which is rumored to have Broadway ambitions — run high. Samantha Barks, who last stunned audiences with her impeccable vocals as Eponine in the film adaptation of Les Miserables, replaces Tautau as the titular pixie. The credits also include Tony-award-winning director Pam MacKinnon, playwright Craig Lucas, and Daniel Masse and Nathan Tysen, who combined their talents to produce the whimsical musical score. But even someone without that background knowledge would only need to see the first two minutes of the play to know it’s a well-produced affair. It opens with a bang of a musical number featuring the full cast, and the song and dance doesn’t let up until the lights in the theater dim for the final time.

The Parisian story spins around Amélie, who the audience first meets as a child. Fans of the movie will remember that her parents are the germaphobic, overprotective type, and the stage adaptation hits a home run in presenting the numerous precautions they take with their only child. In what is perhaps the cutest scene, a young Amélie (played by the adorable Savvy Crawford) sits on a kitchen table serenading her best and only friend — her pet fish. Meanwhile, her parents sing the joys of keeping her cloistered at home — no bad influences, no germs, no public school. When the young Amélie belts out that she has the “best mom” and “best dad” in the world, the irony makes for bittersweet laughter. She has no idea that her upbringing is far from the norm.

Given her unusual childhood, it makes sense that the adult Amélie would go on to develop substantial issues when it comes to forming connections with people. Rather than actually making the effort to talk with her cafe coworkers and Montmartre neighbors, she settles for secretly bringing joy to them through anonymous good deeds. That keeps her content for a while, and she does a damn good job of it, but when she falls head over heels for the eccentric Nino (Adam Chanler-Berat), she realizes that meddling in the affairs of others might not be the best substitute for real relationships. What follows is a whimsical and occasionally witty exercise in the values of intimacy and the consequences of self-imposed isolation.

The finest moments of the play are those that delve into the protagonist’s fantasies, and luckily, there are loads of them. Amélie — who traipses around the stage in a delicate dress and combat boots — dreams of singing with Elton John, talks to her fish (the only member of the cast who even attempts a French accent), and sends an anthropomorphized garden gnome on a journey across the world. These random breaks from reality showcase Banks as a dazzling vocalist, while also hosting dynamic musical numbers featuring the full cast of Montmartre residents, all of whom are a pleasure to watch.

That being said, this new play is far from perfect. Generally speaking, any adaptation that stays faithful to the original should be lauded for not sullying the source material. But that is where Amélie: A New Musical hits one of its rare speed bumps. There is too much tiring exposition.

A large portion of the nearly two-hour play is spent unnecessarily explaining why Amélie is the way she is, and there are a few too many side stories unfolding. While these B and C plots worked well in the film, some of them inadvertently delay the actual plot of the play: a young woman runs around Paris making others happy, while simultaneously rejecting opportunities to find some happiness of her own. It’s a strong story, but its effect is weakened when it takes a half-hour to set up, and then another hour and fifteen minutes to unfold. The stage time would have been better spent fleshing out of the stories that are actually worth expanding, such as the scenes between Amélie and her wise neighbor (Tony Sheldon), which felt too fleeting.

Still, there’s plenty to love in Amélie: A New Musical. If it makes it to Broadway, I hope the talented cast goes along for the ride.

Previous ArticleOakland’s Head of Revenue Forced Out Amid Contract Scandal