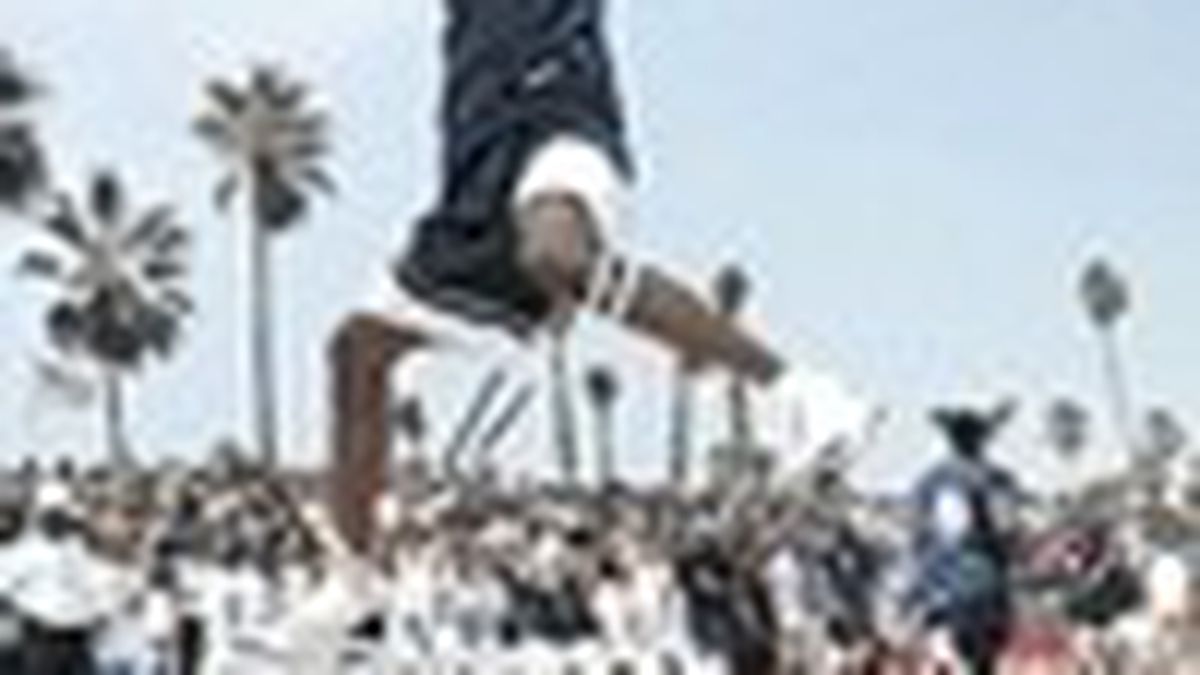 Do you live for pickup basketball games at the nearest playground? Think you got mad skills on the court? Then take a chance at fame Friday at the Oakland Arena when the AND 1 Mix Tape Tour stops in town. In 1999, AND 1, a B-ball clothing company, began giving away videotapes with footage of little-known street players set to hip-hop tunes. The mix tapes achieved cult status among young fans. Some of the playground players featured — who go by wacky names like Skip to My Lou, Hot Sauce, Main Event, Half Man, and Alimoe — have achieved popularity that would rival that of NBA stars. Now, they’re hitting the road on a 33-city tour — and looking for some fresh blood along the way. The event starts with an open run at 4 p.m. Local talent can vie for a spot on next year’s touring team, an endorsement contract, and a chance to appear on ESPN’s Street Ball, which airs this summer. Unknowns who are good enough might just get invited to join the tour for awhile, where they’ll get voted on and off by current team members. Kind of like American Idol for basketball. The touring team battles locals in a game at 7:30 p.m. Hip-hop artists David Banner, Roscoe, and Nate Dogg provide the halftime show. Tickets are $15.75, $21, $26.25, and $31.50. 510-762-2277. — Melissa Hung

Thank you, Chris Hall, for saving us from driving over to San Francisco so frequently by bringing fabulous national acts (Ted Leo and the Pharmacists, Milemarker, Jason Webley, and many more just this year) to 924 Gilman. Thank you for being a part of Berkeley’s granddaddy of nonprofit punk club/collectives and humbly insisting that you’re just one of many who make it work. Chris Hall’s Birthday Party kicks off at 8 p.m. Saturday with a scrumptious spread of musical munchies. Interstellar surf mavens the Phenomenauts headline, with Japan’s Assault and DSB (Defiance of Shit Bastards), Oregon’s From Ashes Rise, and the furious emo of Austin, Texas’ Blacklung Patriots rounding out the festive menu. The all-ages show costs $5 plus a $2 membership card (if you don’t have one already). Call 510-524-8180 for more info. — Stefanie Kalem