This Cinco de Mayo, bike around Oakland in search of its best taco spots. 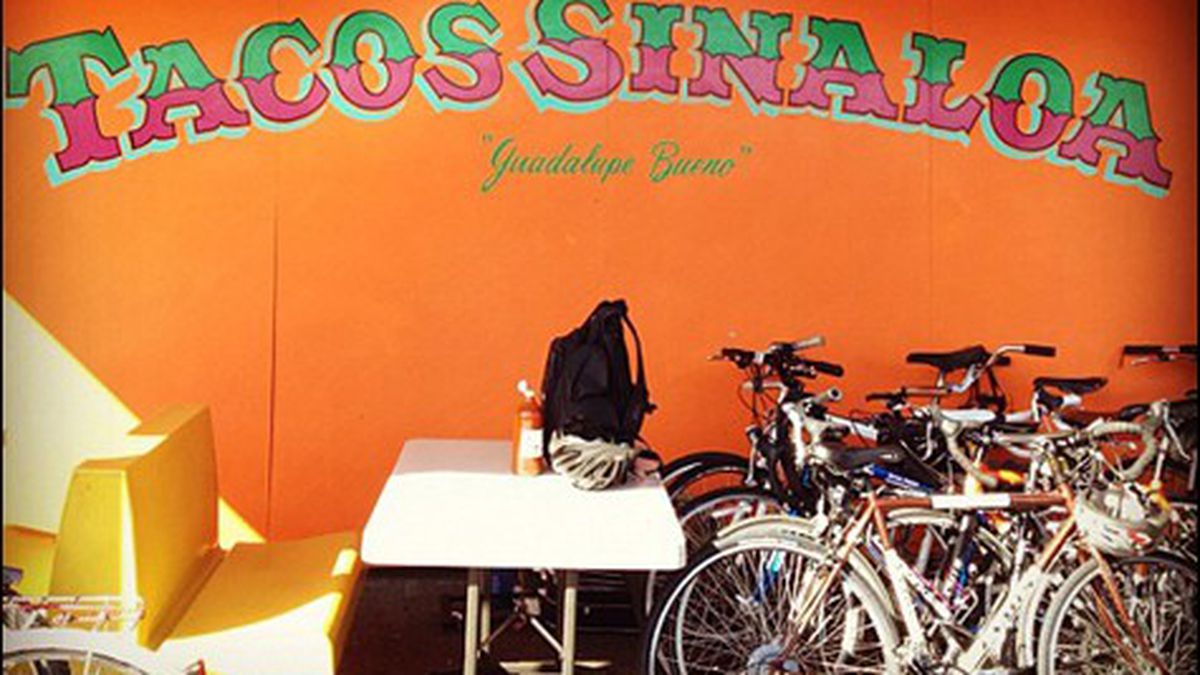 Conferences usually suck — at least according to Max Ogden, an independent computer programmer based in Oakland. That’s why he created Taco Conf.

“Me and my friend decided to start it because we have to go to a lot of conferences all the time, and we both hate conference venues because they feel like airports. We think it’s kind of dumb that people travel sometimes halfway around the world and then end up at a convention center. So we used the word ‘conference’ in the title to rethink what a conference could be in the first place,” said Ogden, who wears a flaming-red, foot-long beard, in pleasant contrast to his silky blond hair.

Tacos are his favorite food, and bicycling is his favorite mode of transportation, so Taco Conf was pretty much a foregone conclusion. Last year’s event was a two-day festival incorporating rides through San Francisco and Oakland in search of each city’s best tacos, but this year, they’re sticking to Oakland. “Biking in San Francisco just isn’t as fun as biking over here,” he said. “Also, people in SF would just pop in sometimes and then leave. Also the weather’s better here. Basically, I think it’s overall better over here.”

On Sunday, May 5, meet fellow taco-cyclists at Snow Park (1920 Harrison St., Oakland) for a full-day exploration of a curated set of five or six of Oakland’s finest taco offerings, from downtown to Fruitvale, trucks to family taquerias. As with the popular East Bay Bike Party monthly rides, the route will be posted online so that stragglers can join in at any point.

Interspersed with the taco explorations, Ogden is cooking up other “wacky” taco-related activities — like a guest appearance by taco-delivery drone the TacoCopter, which will provide an airborne taco drop to participants at some point in the ride. Ogden also plans on incorporating taco history lessons into the day-long event, as well as maybe a taco-making demonstration or two. “Tacos totally got co-opted by Taco Bell,” Ogden said. “We just want to celebrate the history of what we’re all lucky to be surrounded by here.”

The only problem? Traveling with dozens of “taco peers” means long lines. But to Ogden, that’s not really a problem at all. “That’s the fun of it! It’s nice out and you’re standing in line with people who are interesting. That’s the best part of conferences anyway — talking to people.”