For this year's juried exhibition at Pro Arts Gallery, Michael Schwager assembles a strong array of work and lets viewers draw their own connections. 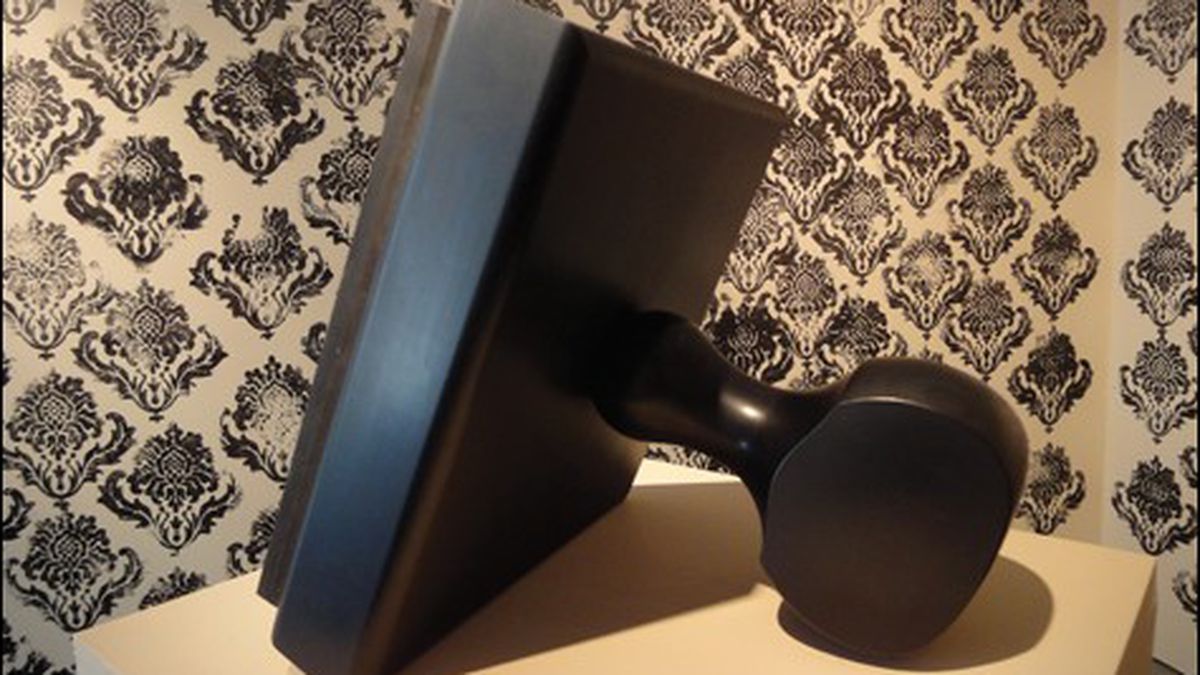 Every year for its juried Bay Area Currents exhibition, Pro Arts saddles a curator with the impossible task of putting together a “snapshot” representative of the interesting art being made by local artists these days. This year, juror Michael Schwager, a professor of art history at Sonoma State University, made no bones about the subjectivity of his approach in compiling his sampling, titled Navigating the New. His only rubric: works that stuck with him for some reason. In hindsight, the scholar acknowledged a few prevailing characteristics, like portraiture and minimalist color palettes, among his choices, but maintained that he did not select for them a priori.

Whether or not this is true (and at times it is hard to believe, so intentional do some of the juxtapositions seem), the number of recurring traits in this show far exceeds the two mentioned above. Indeed, the fifteen-artist show offers a bold lattice (sometimes tangle) of aesthetic connections — sometimes illuminating, sometimes baffling.

The show’s centerpiece, for instance, is a deceptively simplistic installation by Shannon Wright, consisting of a massive rubber stamp (you’d need both hands to carry it) of an ornamental floral crest that has been used to pattern a vertical swath of gallery wall like a Victorian domestic interior — one that would look agedly genteel, if not for the stamp’s haphazard application and variable darkness upon its tobacco-brown background. Titled “Mechanical Reproduction,” the work is an overt nod to Warhol’s silkscreened grids. Instead of Marilyn Monroe, though, we get a symbol that is better suited to our own time, ironically by virtue of suggesting another. It’s Pop for a generation that watches Mad Men and wallpapers its hipster haunts like speakeasies.

It would be impossible to miss the juxtaposition of this work and Patricia Thomas’ “Embarrassment of Riches,” a hanging pillar of six vertically strung bronze chandeliers — very similar in both form and ambience to Wright’s stamp patterning — that the artist has coated in carpet-like black yarn. A visually and tactilely beguiling work in itself, “Embarrassment” takes on more conceptual oomph as part of this mise-en-scène.

Less obvious but equally intriguing is a connection between “Mechanical Reproduction” and two of its other neighbors: paintings from Monica Lundy’s “House of Strange Women” series that depict what appear to be mug shots of female convicts — a theme that Warhol also famously tackled with his “Thirteen Most Wanted Men.” Warhol’s piece was based on a double entendre about the fugitives’ sex appeal, and Lundy’s subjects, too, have a kind of abject glamor. One large portrait consists of crusty smears of tar-like material as well as glittering particles. In fact, the glamor portrait appears repeatedly throughout Schwager’s exhibition, either overtly, as in Katie Dorame’s rose-hued painting of Dolores del Río, or tenuously, as with Anna Simson’s curious “Ayn Rand as a Gay Teenager” series.

None of this necessarily adds up to anything, and there are several pieces that seem completely unrelated to anything else. Given an exhibition oriented around one juror’s professed subjectivity, what remains is for every visitor to draw his or her own memorable connections.