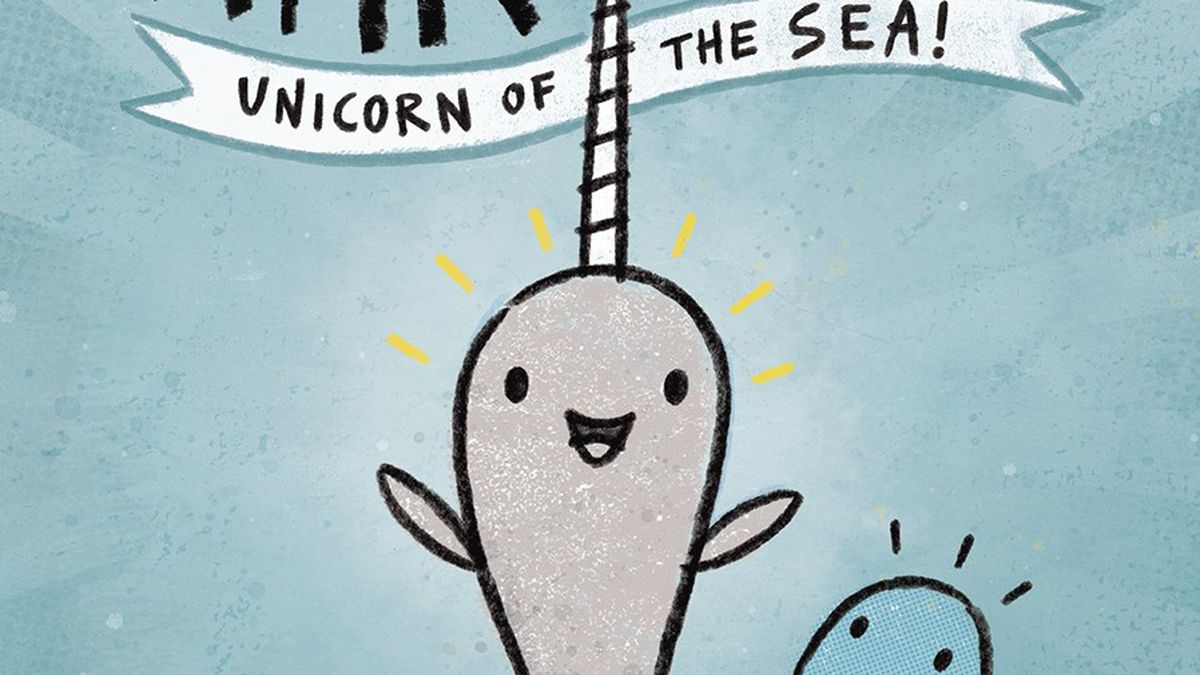 'Tis the season to give a kid a book.

If you are the kind of grown-up who buys a book for every child in your life on every gift-giving occasion, you probably take pride in having good taste in children’s literature. But if you’re like me — which is to say, hopelessly old and saddled with a children’s book knowledge base that hasn’t progressed beyond Goodnight Moon and The Great Brain (still both solid gift picks!) — you could probably use a refresher on the genre.

Toward that end, I consulted two of the East Bay’s foremost kids’ book experts: Eva Volin, the supervising children’s librarian at the Alameda Main Library (1550 Oak St., Alameda), and Anne Whaling, the children’s book buyer for Mrs. Dalloway’s Bookstore (2904 College Ave., Berkeley). With a hat tip to them, here’s a list of excellent children’s and young adult titles published in 2016.

Berkeley-based author Todd Parr is known for his colorfully illustrated picture books geared toward empowering the very young. If your favorite preschooler is already starting to worry about fitting in with the cool crowd, Parr’s latest work offers a simple, affirming message: Eat what you like to eat. Wear what you like to wear.


They All Saw a Cat by Brendan Wenzel, ages 4–8

This lovely picture book is all about perspective — what a cat looks like to all of the different creatures it encounters in the world. Volin says kids love poring over the stylized illustrations, and the book makes a great discussion starter. Why does the cat look so blurry and enormous to the fish? Why do the colors look so weird on the page with the bee?

Narwhal: Unicorn of the Sea by Ben Clanton, ages 5–9

According to Volin, this joyous graphic novel by Ben Clanton is the funniest book that she read this year, hands down. Narwhal: Unicorn of the Sea tells the sweet and often silly story of the friendship between a narwhal (i.e., a toothed whale with a single unicorn horn-like tusk) and a jellyfish. Clanton’s book has all the ingredients you need for a great adventure tale: waffles, a fighting robot, and a healthy dose of imagination. As Volin put it, “Narwhal and Jelly are just so happy to see each other.” It’s hard for any kid or grown-up not to get swept up in those good vibes.

The Princess and the Warrior: A Tale of Two Volcanoes by Duncan Tonatiuh, ages 5–9

In this picture book, Mexican-American author and illustrator Duncan Tonatiuh retells the Aztec legend that explains the origin of the two towering volcanoes that loom over Mexico City. It’s an action-packed tale of love and betrayal. But the best part is the illustrations, which are modeled after the Mixtec codices, an early form of Mesoamerican pictorial writing. In a word, they are stunning.

The Journey by Francesca Sanna, ages 8 and up

Speaking of picture books that double as art objects, Francesca Sanna’s The Journey might be the most gorgeously illustrated book on this list. Set in an unidentified war-torn country, The Journey tells a powerful, universal story about the refugee experience that’s now more relevant than ever. “Everyone should read this book,” Whaling said.

Rad Women Worldwide: Artists and Athletes, Pirates and Punks, and Other Revolutionaries Who Shaped History written by Kate Schatz, illustrated by Miriam Klein Stahl, ages 9 and up

In a world where a xenophobe who brags about sexual assault can rise to the presidency of the United States, our young girls need powerful role models they can look up to. And man, does this book by Kate Schatz (an Alameda-based author) and Miriam Klein Stahl (a Berkeley-based illustrator) provide exactly that. This follow-up to the best-selling Rad American Women A–Z profiles forty women from around the world who have fought for equality, from the famous Frida Kahlo to lesser-known heroes like the Irish chieftain/”pirate queen” Grace O’Malley. May all our girls grow up to be just as rad.

Ghosts by Raina Telgemeier, ages 10 and up

This is the latest from the uber-talented San Francisco-based graphic novelist Raina Telgemeier, whose oeuvre includes several graphic-novel adaptations of the old Baby-Sitter’s Club series. Ghosts is about two sisters who move to the foggy Northern California coast after one of them has been diagnosed with cystic fibrosis — and their new hometown is rumored to be visited by real ghosts each year during Día de los Muertos. It’s a moving story about confronting our fears and looking out for those we love.

Ghost by Jason Reynolds, ages 10 and up

A finalist for the National Book Award (in the Young People’s Literature category), Ghost is the story of middle schooler Castle “Ghost” Crenshaw, who tries out to be a sprinter on an elite youth track team. But Ghost has a secret: The night he discovered how good he was at running was the night his now-incarcerated dad tried to shoot him and his mom. That might sound like heavy subject matter for a YA novel, but Ghost is the kind of first-person narrator — tough, funny, and heart-on-his-sleeve — who charms you from the very first sentence. Volin says Ghost is best suited for middle school kids, and it’s true that the book would make the perfect gift for, say, that twelve-year-old boy (or girl!) in your life who loves Draymond Green and thinks he hates reading. All I know is I sat down with the intention of flipping through the first chapter or two and wound up reading the whole thing in one sitting.

The Sun Is Also a Star by Nicola Yoon, ages 12 and up

Another National Book Award finalist, Nicola Yoon’s uplifting new young adult novel tells the story of two high school seniors — a Korean-American boy who loves poetry and an undocumented immigrant girl whose family is about to get deported back to Jamaica — who meet randomly one day in New York City. “If you believe in love at first sight (or wish you did), you’ll love this one,” Whaling said.

You Know Me Well by Nina LaCour and David Levithan, ages 13 and up

Coauthored by Nina LaCour (an East Bay resident) and David Levithan, You Know Me Well tells the story Kate and Mark, two high school classmates who bond after they run into each other at San Francisco Pride Week. It’s a sweet coming-of-age story, told from the alternating perspectives of the two young protagonists.